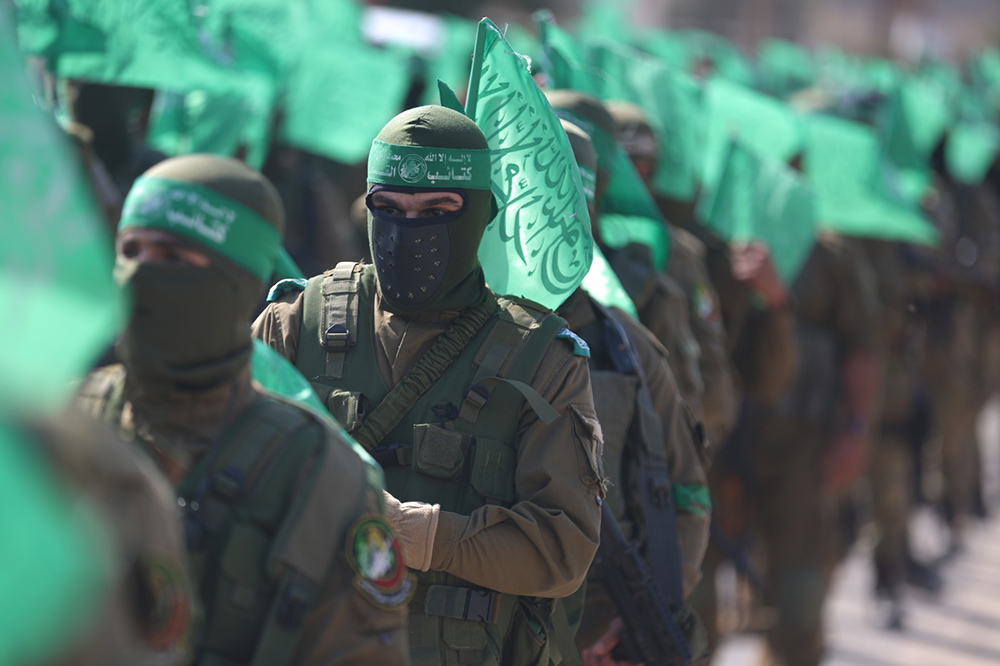 Tel Aviv is still in Hamas’ “bank of targets” and will remain on the list “as long as there is an occupation,” Hamas spokesman Abu Obeida threatened Monday.

In a speech commemorating the first anniversary of an IDF Special Forces operation in Khan Yunis in which an IDF officer and seven Hamas terrorists were killed, Abu Obeida added that all the terrorist organizations in Gaza will decide together on any future attack on Israel.

Abu Obeida also promised that Hamas would reveal more details on the IDF raid in the coming weeks.

In the failed operation in Gaza on November 11, IDF LTC M. was killed during the operation by friendly fire. Lt.-Col. M., 41, was married and a father of children. No further details were provided about his unit.

Another soldier was moderately injured during what the IDF termed as “operational activity” inside the Gaza Strip.

The details surrounding the operation are vague. An IDF unit operating inside the Strip was compromised and was confronted by a Hamas unit after which a massive battle ensued, during which the IDF officer was killed.

The Israel Air Force (IAF) ran several bombing sorties over the battle area during the heavy exchange of fire to cover the force’s retreat and then destroy evidence. They engaged some 70 targets during the 20-minute battle.

The IDF clarified that the objective of the operation was not abduction or assassination.

Israeli military analysts believe that the covert operation was not an attempted assassination against Hamas targets, but rather a routine intelligence gathering activity that was compromised when the troops were exposed, prompting the exchange of gunfire.

Despite its heavy losses, Hamas still perceives the clash as a success on its part.

In a somewhat related development, it was reported that the IDF commenced in three days of tests of its new advanced warning system.

In June 2019, the Home Front Command upgraded its alert system that now allows for the targeted alert for more than 1,700 warning areas. The upgrade is designed to simplify the alerts for the citizens and enable the maintenance of one’s routine during a time of emergency living.

The test alerts will be conveyed by horns, on TV channels, websites, radio stations and the Home Front Command app.

The IDF’s The Home Front Command “considers it important to improve and make the alert accessible to citizens as a life-saving measure” and called on the test and choose the alert measure they found most suitable for themselves.

Alerts ahead of incoming rockets during previous attacks on Israel, and especially from the Gaza Strip, have proven to save lives.