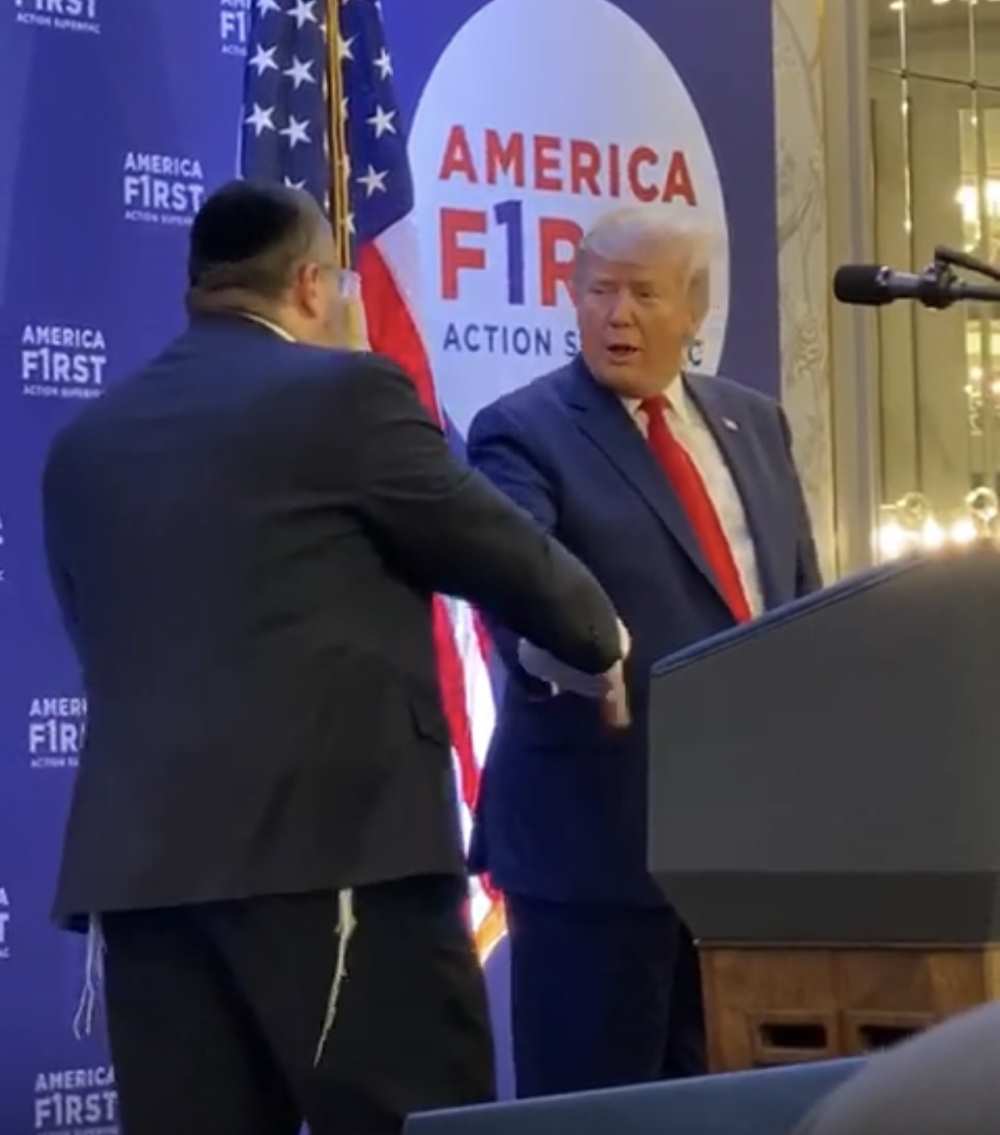 Over 400 Orthodox Jewish leaders, educators and prominent rabbinic figures were in attendance on Tuesday at Manhattan’s Intercontinental Hotel to show appreciation and support from the Jewish community to the nation’s commander in chief, better known as President Donald J Trump.

Throughout his first term as president, Trump made history by becoming the first president in US history to recognize Jerusalem as the eternal, undivided capital of the one and only Jewish state. Moreover, he personally intervened and issued a pardon for Shalom Rubashkin, who was unfairly sentenced to 27 years in jail.

In addition, President Trump has recognized Israeli sovereignty over the Golan Heights, has abrogated the disastrous Obama era Iran nuclear deal and has decried the increasing amount of anti-Semitism across America and throughout the world. For that and much, much more, the leaders of the Jewish nation came together to help President Trump is his re-election bid for the White House in 2020.

According to a report on the Vois Es Nais web site, the event at the Manhattan hotel was organized by noted philanthropist Louis Scheiner. The report indicated that he raised $5 million for President Trump’s 2020 reelection campaign and the Republican National Committee.

Serving as master of ceremonies for the event was Mr. Kivi Bernard.

Beri Weber, a popular Jewish singer began the event by singing the national anthem, and the Jewish classic “Tov Lehodos.”

The “Birchas Hanasi,” a special blessing dedicated for world leaders was recited by Rabbi Yisroel Reisman, Rosh Yeshiva of Yeshiva Torah Vodaath and leader of a Flatbush shul.

Introducing the president was Rabbi YY Jacobson, who then recited another blessing for him.

President Trump then took the stage, to cheers of “USA! USA!” and “4 more.

The president then focused his speech on Israel, highlighting his moving of the Israeli embassy to Jerusalem.