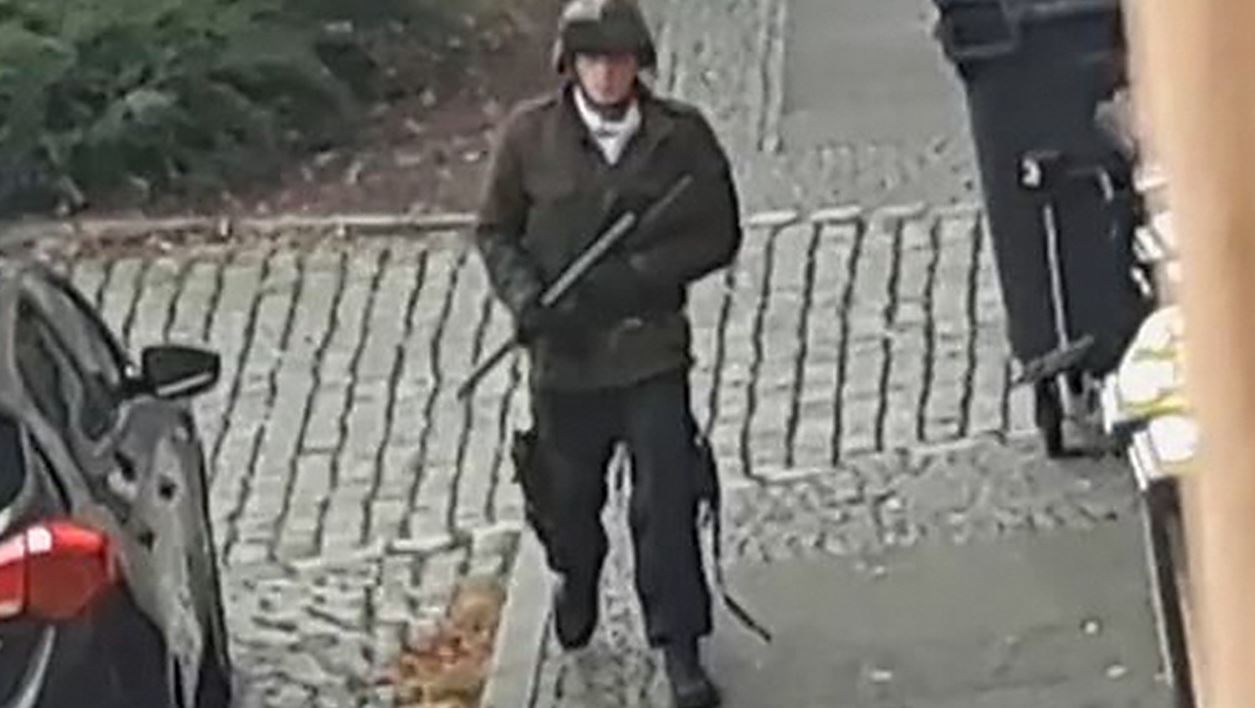 At least two people were shot dead outside a synagogue in the German city of Halle on Wednesday afternoon during the holy day of Yom Kippur. Inside the synagogue were approximately 80 Jewish worshippers.

According to an AFP report, one suspect was captured and a manhunt was ongoing for other perpetrators. Security has been tightened in synagogues in other eastern German cities while Halle itself was in lockdown.

“Early indications show that two people were killed in Halle. Several shots were fired,” police said on Twitter, urging residents in the area to stay indoors.

Police said the “perpetrators fled in a car”, adding later that one suspect had been caught.

Max Privorozki, the head of the Jewish community in Halle, told Spiegel Online that the perpetrators had apparently sought to enter a synagogue in the Paulus district but security measures in place helped to “withstand the attack”.

The AFP report indicated that he added that between 70 and 80 people were in the synagogue on a day when Jews around the world were marking the holiest day in the Jewish calendar.

The shooter allegedly said in English that “the Jews are the source of all our problems.”

Two people also suffered serious bullet wounds in the attack and were being operated on, a spokesman for the city’s hospital said.

AFP reported that anti-terrorist prosecutors confirmed that they were taking over the probe given “the particular importance of the case” which he said involved “violent acts that affect the domestic security of the Federal Republic of Germany”.

Bild daily reported that the shooting took place in front of the synagogue, and a hand grenade was also flung into a Jewish cemetery.

Witness Conrad Roessler told news channel NTV he was in a Turkish restaurant about 600 meters (yards) away from the synagogue when “a man wearing a helmet and military uniform” tossed a hand grenade, as was reported by AFP.

“The grenade hit the door and exploded,” he said.

“The attacker shot at least once in the shop, the man behind me must be dead. I hid in the toilet and locked the door.”

Police would not confirm the details, saying only that there were also kebab restaurants and churches in the area where the shooting took place, according to the AFP report.

An unauthenticated video circulating in German media showed a man wearing a helmet getting out of a vehicle before firing several shots in the air.

“It is terrible news from Halle and I hope very much that the police will manage to catch the perpetrator or perpetrators as quickly as possible so that no other person will be in danger,” Chancellor Angela Merkel’s spokesman Steffen Seibert told a news conference.

Wednesday’s shooting was livestreamed on Amazon’s Twitch service, the company confirmed to CNBC. The video was 35 minutes long.

“We are shocked and saddened by the tragedy that took place in Germany today, and our deepest condolences go out to all those affected,” a Twitch spokesperson said. “Twitch has a zero-tolerance policy against hateful conduct, and any act of violence is taken extremely seriously. We are working with urgency to remove this content and permanently suspend any accounts found to be posting or reposting content of this abhorrent act.”

Twitch posted a series of tweets on the matter later Wednesday, claiming that “approximately five people” watched the stream while it was live. Twitch said a recording of the stream was then viewed by about 2,200 people “in the 30 minutes before the video was flagged and removed from Twitch.”

The company also said the account was created two months prior to streaming the shooting.

“This video was not surfaced in any recommendations or directories; instead, our investigation suggests that people were coordinating and sharing the video via other online messaging services,” the company said. “Once the video was removed, we shared the hash with an industry consortium to help prevent the proliferation of this content. We take this extremely seriously and are committed to working with industry peers, law enforcement, and any relevant parties to protect our community.”

The Chief Rabbi of Berlin, Rabbi Yehudah Teichtal, on Wednesday night, following the conclusion of Yom Kippur, commented on the attack in Halle, according to an INN report.

“We stand alongside the community that has been harmed and weep over those murdered. The cruel method of the attacker is indescribable, and especially the fact that it happened on Yom Kippur, the holiest day for the Jewish people,” Rabbi Teichtal said.

“We learned about the attack during Yom Kippur prayers, when a senior security official approached me in the middle of the Musaf prayer and informed me of the attack. Immediately the security of our synagogue was increased, alongside other synagogues,” the rabbi added.

“We talked about the attack with our synagogue worshipers. We emphasized the great miracle the community had because their door was locked, thus avoiding a much more serious incident, and of course strengthened their spirit, with a prayer for a year of good news,” continued Rabbi Teichtal.

At the same time, he expressed concern about the security of the Jewish communities in the country. “We call on the German government to increase security and secure all the synagogues in Germany.”