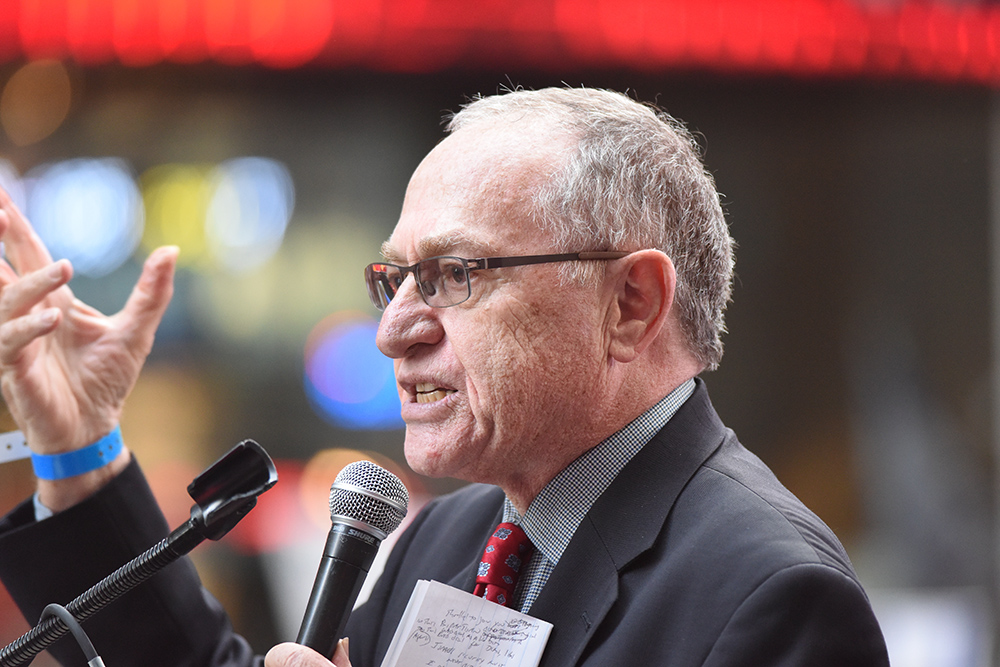 By: Andy B. Mayfair

Superstar lawyer and former Harvard professor Alan Dershowitz has been ordered by a judge to submit a recorded conversation that may discredit his accuser.

“Dershowitz will need to give the tape of accuser Virginia Roberts Giuffre’s attorney to forensic examiners, a judge in Manhattan federal court ruled on Tuesday,” the New York Post reported. “Judge Loretta Preska said that Dershowitz has a recording in which her lawyer David Boies allegedly says he doesn’t believe Giuffre had sex with Dershowitz. Giuffre claims she was trafficked by Jeffrey Epstein.”

Dershowitz, who represented convicted sex offender Jeffrey Epstein in 2008, has asked a judge to throw out a defamation case filed by a victim of Epstein’s sex trafficking who claims that she was forced to have sex with Dershowitz, according to the Miami Herald.

In New York on Tuesday, Dershowitz “argued that his Twitter attacks against Virginia Giuffre, who alleges that Epstein forced her to have sex with Dershowitz when she was underage, are protected free speech. Dershowitz has attacked her on Twitter and other media for years,” according to The Jerusalem Post.

“The lawyer, who has represented multiple controversial people, including O.J. Simpson and far-right Jewish Defense League activists, is attempting to get the defamation case thrown out or at least have Giuffre’s lawyer, David Boies and his firm, removed from representing her,” the Jerusalem Post continued. “Dershowitz has labeled Giuffre “a liar, a perjurer and an extortionist.” His attorney, Howard Cooper, claims that his statements, particularly those on the internet, are not libelous, because they were the same statements he has leveled against Giuffre for many years and were made under “a self-defense privilege,” which grants people the ability to publicly defend themselves against false claims under certain circumstances with some restrictions, according to the Miami Herald.”

NBC News recently published comments from Dershowitz, who said “I’ve never met Virginia Giuffre. I’ve never had sex with her. And the reason I’m saying it is because it’s true. She, on the other hand, has never and will never stand in front of any media and repeat her lie that she did have sex with me.” He added that she has done “a terrible disservice to a great movement, the #MeToo movement.”

A recent appearance by Dershowitz at the West Tisbury Library on Martha’s Vineyard drew protesters over his connections to Epstein. He had appeared in order to promote his new book Defending Israel: The Story of My Relationship With My Most Challenging Client.

Beth Kramer, director of the West Tisbury Library, told the assembled, “Today’s book is on a controversial topic and it’s a controversial book. As many of you know, just holding the event here today was controversial for some,” according to vineyardgazette.com.