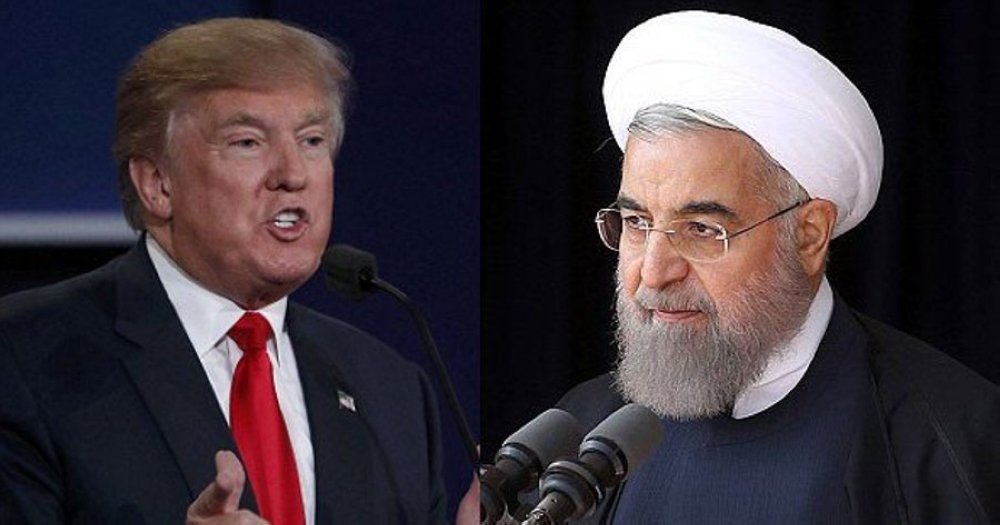 President Trump says American forces are ‘locked and loaded’ to respond to the fiery attacks on one of Saudi Arabia’s largest oil fields and the world’s biggest crude oil stabilization facility.

“There is reason to believe we know the culprit,” Trump tweeted late Sunday. He added he is waiting to hear from the Saudis as to who they believe is behind the attack and “under what terms we would proceed.”

Earlier, Secretary of State Mike Pompeo had tweeted that “Iran has now launched an unprecedented attack on the world’s energy supply,” discounting the claim of responsibility by Iran-backed Houthi rebels in Yemen who said they carried out the attack by drones.

Iran calls the charges it is behind the attack, “maximum lies.”

Likely targets in Iran for the United States or Saudi Arabia “would be refineries and critical oil facilities,” Ali Shihabi, the founder of the Arabia Foundation, tells VOA.

Shihabi says, despite Trump’s tweet, it is not about Riyadh “deciding,” that any action the Saudis take “in retaliation across the Gulf will expose U.S. troops and facilities to Iranian attack, so it has to coordinate with the U.S.”

Lewis, the founding publisher of the Arms Control Wonk blog, tells VOA the U.S. president is “clearly leaving himself an out” – so he can declare that he “wanted to retaliate, but it was the Saudis who said no.” Lewis adds that Trump “likes to talk tough and I can’t rule out something symbolic, but I don’t think he has the stomach to start a war.”

The rising tensions are causing oil prices to soar in Monday trading in Asia.

Benchmark oil futures jumped as much as $11.73 a barrel to $71.95 as markets opened, the largest ever rise in dollar-terms since futures started trading in 1988.

Trump also announced on Sunday that he was authoring the release of oil from the Strategic Petroleum Reserve, if needed, “in a to-be-determined amount” sufficient to keep the markets well-supplied.

The Saudis say no one was killed or injured in the airstrikes, which some analysts suspect might have been a precision attack with cruise missiles from Iran or Iraqi territory.

The destruction is severely cutting into Saudi Arabia’s daily output of 5.7 million barrels of oil per day – close to 6% of the world’s daily production.

Saudi officials are scrambling to restore operations and say they would tap into the country’s reserves to keep deliveries coming.

Trump on Sunday also termed as “fake news” the reports that he was willing to meet with Iran with “no conditions.”

However, last Tuesday two of his cabinet members, Pompeo and Treasury Secretary Steven Mnuchin had said that the president was willing to meet Iranian President Hassan Rouhani with “no preconditions.”

It had been anticipated such a meeting could occur during the United Nations General Assembly session later this month in New York City.

Iran’s government had stated, however, that would not be possible unless Washington lifted sanctions on it.

The United States is maintaining what it calls a “maximum pressure” campaign on Tehran over its nuclear and ballistic missiles programs, after Trump last year withdrew Washington from a multi-nation deal to restrain Iran’s weapons of mass destruction programs.

Trump said the Joint Comprehensive Plan of Action, agreed to during the second term of his predecessor, Barack Obama, as one of the worst and most one-sided agreements ever entered into by the United States. (VOA)