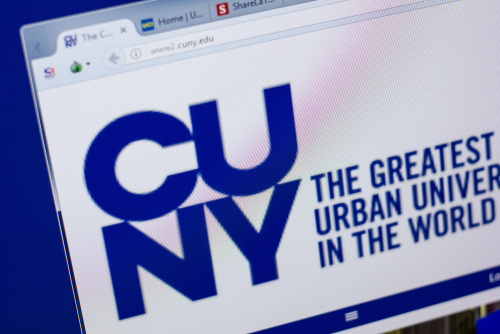 Problems with unwanted touching are cropping up on college campuses, reportedly from an unlikely source: the professors.

“Nearly three dozen educators at public and private New York City colleges have landed in a national rogue’s gallery of allegedly pervy professors,” reported the New York Post. “The academics accused of sexual misconduct range from instructors at Ivy League Columbia University to teachers and even a dean at taxpayer-funded City University of New York.
Michigan State University researcher Julie Libarkin has compiled a database of grabby educators, now numbering about a thousand. “As a woman, as someone in a male-dominated field, I know that sexual misconduct is quite common,” Libarkin said in an interview with the Post. “I decided just to see how common sexual misconduct was.”

Among the accusations: inappropriately touching a student during a ride home, groping and kissing a doctoral student and sexually harassing a male graduate student.

Libarkin, according to according to capeandislands.org, “ has taken on the challenge of creating a database of harassers. She’s a professor at Michigan State University and she heads the Geocognition Research Laboratory. She’s compiled a list of some 700 cases of sexual misconduct in academia.

“I think one of the biggest problems with sexual misconduct is that there’s no way to know if anyone experienced that before you,” Libarkin told Living Lab Radio. “There’s there’s really no way to find out this information. I want people to be able to look at these names.”

“I’m also surprised at how institutions… were unable to act to protect students or junior faculty,” she told the web site. “There are multiple cases of people who murdered the people that they were harassing.”

Indeed, hot and bothered professors appear to be a national problem. This summer, Johns Hopkins University’s Board of Trustees “fired an anthropology professor after an investigation determined he violated the school’s sexual misconduct policy, the university said in an email to staff and students,” according to The Baltimore Sun. The professor’s “tenure was revoked and his faculty appointment terminated, according to an email obtained Monday by The Baltimore Sun. Student activists have been calling for him to be fired after multiple people told university officials they witnessed an incident between him and a visiting graduate student in a Baltimore bar last year.”

Also in July, a professor at Cape Breton University in Nova Scotia was let go “after offering a student better grades if they entered into a sexual relationship with him, according to a report from The Chronicle Herald. “An unnamed student said the instructor offered a female student better grades if she brought him moose and lobster meat, which the student did. The professor then demanded the student have sex with him in exchange for better grades. The student immediately reported the incident and told The Chronicle Herald the incident led to the professor’s termination. Cape Breton had not acknowledged the incident when asked by the Herald,” reported insidehighered.com.