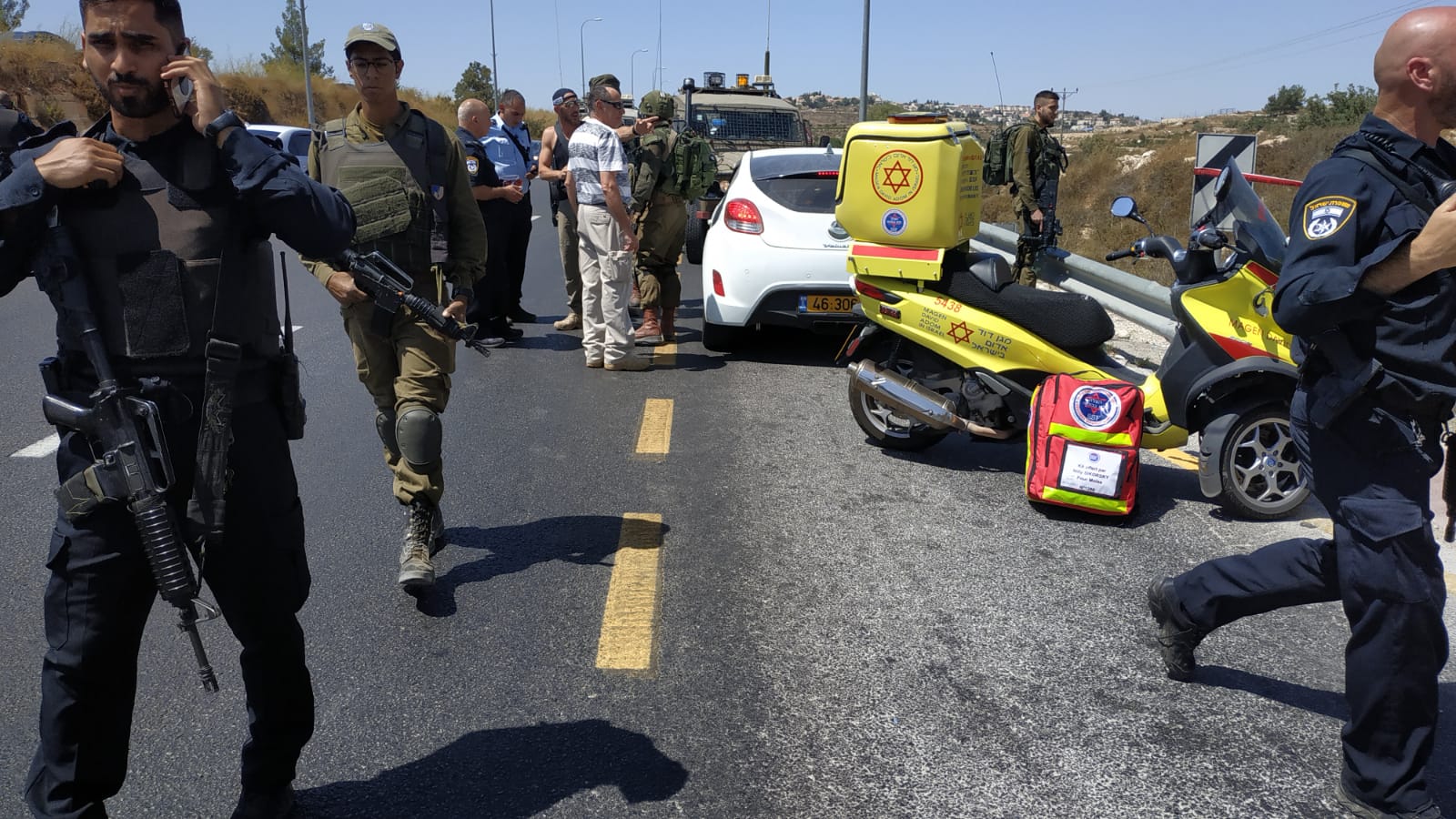 Josh Hasten, Spokesperson for Gush Etzion Regional Council at the site of the attack

A terrorist drove his car at high speed in to civilians who were standing at a bus stop on road 60 outside of Elazar in Gush Etzion. He swerved to the right and struck two civilians at the scene, and then flipped into a nearby ditch, he then attempted to get out of the vehicle and escape, a police officer at the scene shot him and neutralized him.

“Unfortunately we are experiencing a lack of deterrence that’s affecting residents of Gush Etzion in particular and Judea and Samaria in general. We demand from the government action that will lead to the end of this uncertainty for the future of Judea and Samaria. We are calling for the establishment of sovereignty and the answer is to continue to build and grow in Judea and Samaria. To the terrorists we say – you have no chance, and you have no future. We have faith that the IDF and security forces in the area will do everything possible to restore security to the Gush/Hebron area quickly. We are wishing those injured a speedy recovery and wish their families well.

Knesset Speaker Yuli (Yoel) Edelstein: “The only way to regain deterrence is to apply sovereignty. Stating with Gush Etzion – the place where two attacks were carried out a week. Construction and sovereignty have always been an appropriate Zionist answer to terrorists. As they seek uproot us we will celebrate our being here, we will deepen our roots here. I pray for a quick recovery to the wounded, the people of Israel strengthen their hands.” 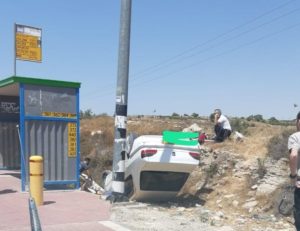 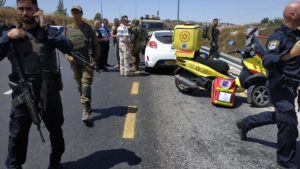