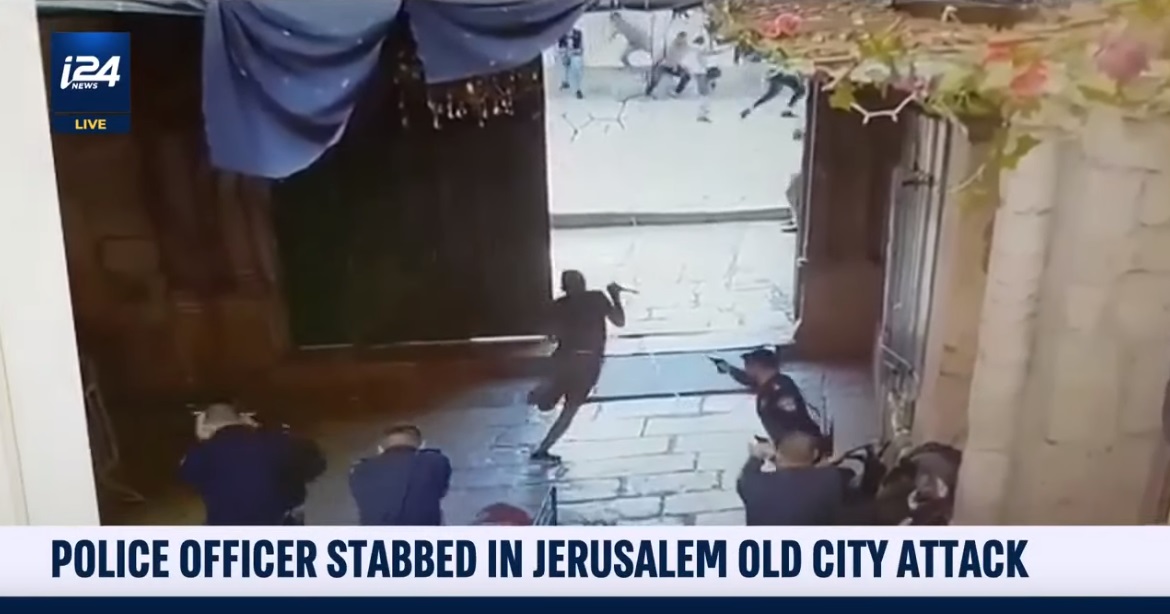 One person was wounded in a terrorist stabbing attack in the Old City of Jerusalem Thursday.

According to initial reports, the incident occurred near the Temple Mount’s Iron Gate at just after 6:00 p.m. Thursday, when two terrorists attacked security personnel near the holy site.

The victim, a 30-year-old police officer, was stabbed in his arm, and is said to be in moderate condition and fully conscious.

MDA emergency first responders have been dispatched to the scene, and are treating the victim.

Following the attack, Israeli security personnel opened fire on the terrorists, killing one and seriously wounding the second.

Additional security forces have been deployed to the area following the attack.

“At 18:08, a report was received in MDA’s Jerusalem Regional Dispatch regarding a wounded man next to the Iron Gate in Jerusalem’s Old City,” MDA said in a statement.

“MDA EMTs and paramedics are treating and evacuating to the hospital a man in his 30s with stab wounds while he is fully conscious and alert.”

“Upon our arrival we found an approximately 30-year-old man fully conscious at the scene,” said MDA paramedic Moshe Cordova. “He was suffering from stab wounds and we bandaged the wounds and stopped the bleeding. He was evacuated to the hospital with minor injuries. The terrorist was neutralized by security personnel.”

The officer was taken to Jerusalem’s Shaare Zedek Medical Center.

“After being diagnosed in the trauma unit, he as transferred for a series of tests and additional care,” a hospital spokesperson said.

According to the Times of Israel, graphic video footage from the scene showed two teenagers walk up from behind a group of police officers stationed in the Old City. As they approached, they suddenly pulled out knives and began repeatedly stabbing one of the cops. Other officers at the scene opened fire at the pair as they were stabbing the victim. (INN & TOI)

What will an Israeli living in that 30% of Judea and Samaria gain from sovereignty?