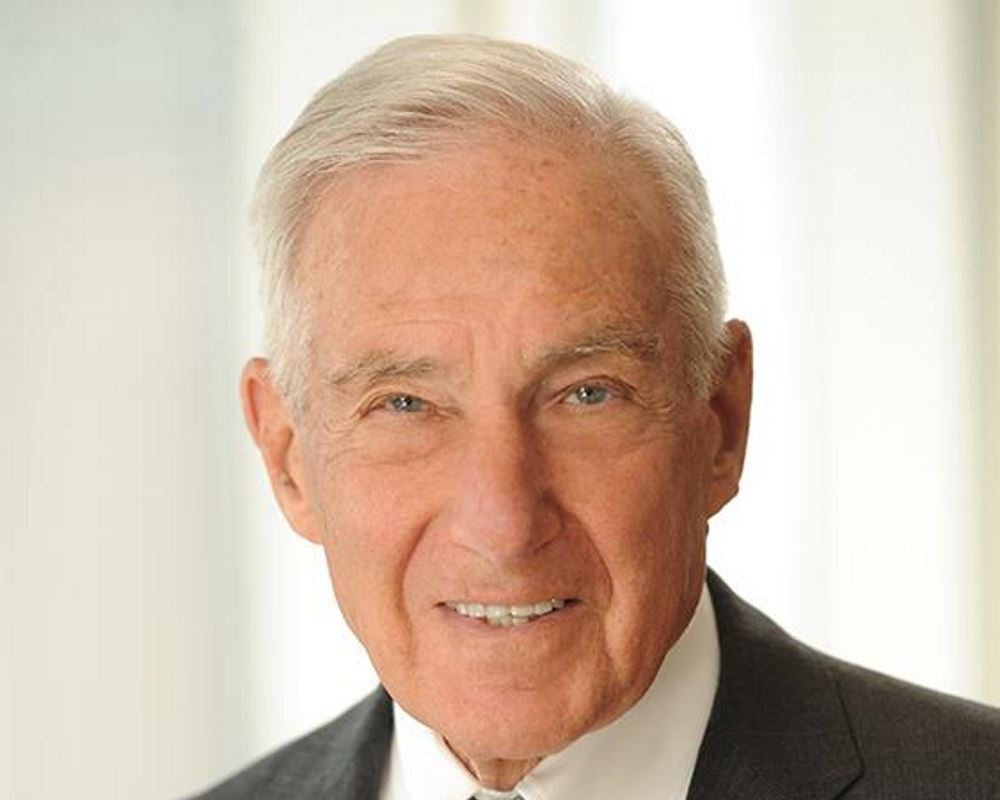 It is with profound sorrow that we inform our readers of the passing of legendary Jewish philanthropist, Kenneth Bialkin. Bialkin, 89, is best known as the leader of a literal litany of prominent Jewish organizations throughout the course of his impactful life.

Bialkin’s passing was announced on Twitter on Friday bu Jonathan Greenblatt,  the CEO of the Anti-Defamation League. Bialkin served as the national Chairman of the ADL from 1983-1986.

According to a New York Times obituary, Bialkin represented ADL at the World Conference on Soviet Jewry in 1983 as well as leading an ADL delegation which met with Pope John Paul II at the Vatican. Under Mr. Bialkin’s leadership, the ADL was instrumental in gaining a posthumous pardon in 1986 from the State of Georgia Board of Paroles and Pardons for Leo M. Frank, a Jewish businessman who had been unfairly lynched in 1915. The ADL has stated that Bialkin will be “remembered for his leadership, deep dedication to fighting anti-Semitism and his commitment to the safety and security of the Jewish people, the state of Israel and to ADL’s mission and values. We extend our deepest condolences to his wife Ann and his entire family.”

A JTA report indicated that Bialkin was until recently active as a retired partner at the iconic Skadden, Arps, Slate, Meagher & Flom law firm in New York City. In addition to his leadership in the ADL, Bialkin also served as chairman of the Conference of Presidents of Major American Jewish Organizations in the mid-1980s, when it took a lead in securing the freedom for Soviet Jewry in the years before the downfall of the USSR.

Born in the Bronx to immigrant parents, Bialkin graduated from the University of Michigan in 1950 with a degree in economics and then earned a J.D. degree from Harvard in 1953. His law practice encompassed a broad range of corporate and securities law matters. He was a senior partner in the law firm of Willke, Farr & Gallagher and then with Skadden, Arps, Slate, Meagher & Flom, according to a biographical sketch of his life on encyclopedia.com.

Bialkin was a former editor of Business Lawyer magazine and was chairman of the American Bar Association’s committee on federal regulation of securities. His wife, Ann Bialkin, who earned a master’s degree in social work from Columbia University, established Elem (a Hebrew acronym for “youth in distress”), a foundation that assists teenagers in Israel who commit crimes or use drugs and who are apparently overlooked by the judicial system.

In recognition of his 16 years as a member of its board of directors, Citigroup established the Kenneth J. Bialkin/Citigroup Public Service Award at the American Jewish Historical Society.

At the same time, Bialkin  taught courses in securities law at New York University School of Law for 18 years and was frequently quoted in the press on issues of Jewish interest.

Bialkin was also the director of several corporations, including the Municipal Assistance Corporation for the City of New York, Tecnomatix Technologies, Ltd. and Travelers Property Casualty Corp. Additionally, was also  chairman of the Ad Hoc Committee on Insider Trading Legislation of the American Bar Association. He was also a past president of the New York County’s Lawyer’s Association. Bialkin also served as an adviser to the Federal Securities Code Project and Corporate Governance Project of the American Law Institute, as well as serving on advisory committees of the Securities and Exchange Commission, The New York Stock Exchange and the American Stock exchange.

JTA reported that Bialkin was also a longtime board member of the Republican Jewish Coalition and a donor to GOP candidates.

“A passionate defender of Israel and the Jewish community, Ken’s advice and his friendship will be missed,” RJC director Matt Brooks told the Jewish Telegraphic Agency.

After his first visit to Israel in 1959, Bialkin became a staunch advocate, benefactor, supporter and promoter of the Jewish state.

“I was touched by their isolation in Israel and at the enormity of the challenge they were facing and their valiance in building a state,” he once told Lifestyles magazine.

Recalling his formative year to Lifestyles magazine, Bialkin said that his grandparents were actively involved in raising money for Jewish causes. “My paternal grandfather was a secular man,” Bialkin recounts, “but he was deeply immersed in charity and always soliciting for what we then called Palestine.”

Bialkin told Lifestyles magazine that he vividly recalled the times he spent with his grandfather, who lived in Union City, New Jersey, and referred to them as “wonderful days.”

He also told the magazine that although his own family was kosher but not strictly observant, his maternal grandparents were. As a result, young Bialkin and his siblings and cousins would go to synagogue every Sabbath and then to his grandparents for lunch. In their home, too, he witnessed a spirit of charity, kindheartedness and love for the Jewish people as they were forever trying to raise money for rabbis and yeshivas.

Bialkin is survived by his wife, Ann, and two daughters, Lisa and Johanna.

Funeral services for Ken Bialkin, of blessed memory will be held on Monday, August 26, 2019 at 11:00 am at the Park East Synagogue at 163 East 67th Street in Manhattan.

Burial will follow at The Jewish Center of the Hamptons’ Cemetery, Gates of the Grove (Shaarey Pardes) at 306 Old Stone Highway, East Hampton, NY

The family will return to New York and sit Shiva at the Bialkin home located at 211 Central Park West, Apt. 6E, New York 10024 on Tuesday, Wednesday and Thursday between the hours of

May Ken’s precious neshoma have an aliya in Gan Eden and may his memory always be for a blessing. He will be sorely missed by his beloved family, friends, community and the entire Jewish nation.