Israel’s Minister of Interior Aryeh Deri has decided to allow U.S. Representative Rashida Tlaib to visit her grandmother and relatives in Israel ‘humanitarian grounds’. Tlaib’s plans for a fact finding mission to “palestine” were discontinued after she discovered that she would not grant her entry in-order to carry out a media circus aimed at bashing Israel.

After denying her a visa for her political spin, PM Netanyahu stated that she would be granted permission to visit her Palestinian family on humanitarian grounds.

On Thursday the Israeli Interior Ministry said they would not permit U.S.  representatives Rashida Tlaib and Ilhan Omar to enter Israel, citing their alleged “boycott activities”.

Yesterday U.S. President Trump tweeted it would show “great weakness” if Israel permitted the pair to visit the country, suggesting that they “hate Israel and the Jewish people”.

Israeli Prime Minister Benjamin Netanyahu supported the ban, claiming Ms Tlaib’s and Ms Omar’s itinerary titled U.S. Congressional Delegation to Palestine “reveals that the sole purpose of their visit is to harm Israel and increase incitement against it”.

However, Mr Netanyahu added that if Ms. Tlaib submitted a humanitarian request to the interior ministry, they would consider her request on the condition she “pledges not to act to promote boycotts against Israel during her visit.”

On Friday Israel’s Interior Minister Aryeh Deri said the authorities decided to approve the entry of Ms. Tlaib for “a humanitarian visit to her 90-year-old grandmother”.

In a letter circulated by Israeli media, Ms Tlaib had requested “to visit relatives, and specifically my grandmother, who is in her 90s”, adding that it “could be my last opportunity to see her”.

“I will respect any restrictions and will not promote boycotts against Israel during my visit,” she added. 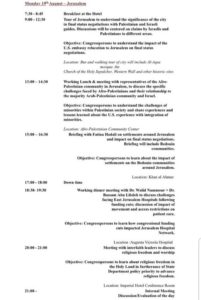 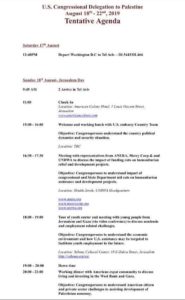 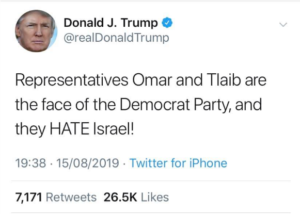 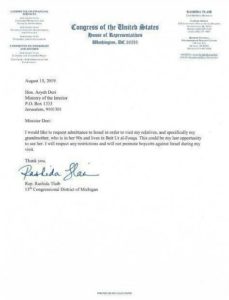