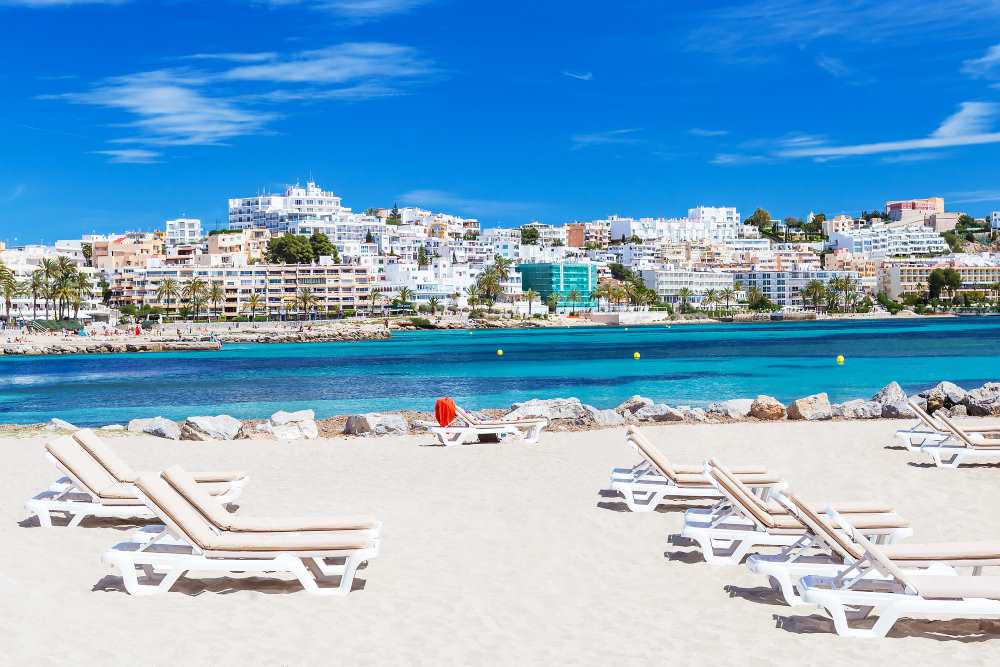 I have to admit that I stopped in my tracks when I first heard a brilliant young woman make the statement. It encapsulated so much of what has become a growing disassociation we have with the period between the 17 of Tamuz and the 9 of Ab where we are to focus more clearly on the loss of the Temple in Jerusalem and recognize that we, as our fathers before us bear responsibility for not seeing it rebuilt in our lifetimes.

(Originally published in July of 2015)

We can replace Ibiza with Monaco, Portofino, Capri, Porto Cervo or Saint Tropez. And in announcing the lack of a Heavenly presence, the statement refers to the growing practice of vacationing during the three weeks at one of the Mediterranean Hot spots.  During much of the season from June through September, we are blessed with weddings, engagement parties, bar mitzahs and other celebrations five nights a week from Sunday through Thursday. Throw in the Friday afternoon Mazaa parties and Shabbat afternoon poolside get togethers ( both subjects worthy of their own articles) and we’ve got seven days a week. So what does one do when the music stops at home for the three weeks? Hop a plane to the Riviera where the music doesn’t stop. It’s the place without the three weeks.

But lest we think this desire to avoid the period is limited to those planning to jet away for a week or two. Nope, its right here in our own back yard.

How shocking to read in Yeshiva World News a reprint of an article by Rabbi Yair Hoffman for the Five Towns Jewish Times which begins: “It is one of the fanciest kosher fleishig ( that’s meat for us non Yiddish speakers) restaurants in Manhattan. Numerous movers and shakers eat at “ xyz ” – for both lunch and dinner. And the email that went out recently reads as follows:

“Your family at “XYZ restaurant in Manhattan”  is pleased to inform our guests that we will host a Siyum/ Seudat Mitzvah each evening during the Nine Days, July 19th through the 23rd. The Siyum will take place at 6:15pm and Hors D’oeuvres from the Seudat Mitzvah will be available until 10:30pm. For reservations please call… We would like to thank all of the Rabbis who coordinated and aided us in these important and cherished events.” (A siyum (Hebrew: סיום‎) (“completion”) means the completion of any unit of Torah study, or book of the Mishnah or Talmud in Judaism. A siyum is usually followed by a celebratory meal, or seudat mitzvah, a meal in honor of a mitzvah, or commandment. Siyum also refers to the celebration.)

We give up meat and wine for a week in commemorating the loss of the Mikdash, yet even that is too much for some.  It is true that Chazon Ovadia in explaining the laws of fasts writes that one may eat meat at a meal held for a siyum and this includes the friends and family invited to the meal, but does a person coming to a restaurant and paying for his own meal at his own table and having no relationship whatsoever with the person making the siyum fit under the heading of friends and family? And if given the opportunity at any other time of the year, would he attend this person’s siyum and would he eat meat there?

During the nine days, one shouldn’t buy new clothes, furniture, appliances, a car or other items that would bring pleasure. That is unless there is a special sale. In the Jewish community the nine days usually coincide with those special sales so that one can buy.

These are simply symptoms of an attitude where we simply don’t realize what we lost and find it difficult to mourn in a time where society emphasizes our freedoms. I have heard people say, “So we don’t have a Temple, don’t we have the wall and our Synagogues and Torah centers throughout the world”?

Additionally and especially in the Sephardic community we have emphasized that we return to our customs. This call has unintentionally also resulted in a desensitizing of the mourning aspect. For example a little child I recall being warned that we do not swim in the ocean at Bradley Beach for the three weeks or at least for the nine days. This brought a sense of recognition of the time.  Now I have repeated again and again that our custom is really only to avoid swimming during the week in which Tisha BeAv falls (Shevua SheChal Bo), which this year is nullified – so swim to your hearts delight. The same is true for haircuts. As a child, we stopped taking haircuts for three weeks, again adding some recognition of the period, but the number one inquiry for the last few weeks has been about haircuts and I have responded that based on Shulchan Aruch and Yalkut Yosef, this year we can take a haircut all the way through to the Friday before. We can say the same for hot showers, freshly laundered clothes and other Shevua SheChal Bo customs.

Perhaps our rabbis of the last generation allowed us to take on the extra stringencies, not in falling prey to our superstitions of it being a time of “bad luck”, but rather in recognizing the desensitizing environment of America. No we don’t need to add laws and customs, but we do need to find ways to make us aware that this period is different and we need to contemplate it and read about it and feel it.  It is interesting that among Syrian related communities, although weddings are only forbidden during the nine days, this is the one place we continue to follow Ashkenazi Custom. Perhaps it shouldn’t be the only place.

And I must admit I am as guilty as the rest. It’s hard to feel the loss. It’s hard to even imagine what we are missing without stopping and reading and contemplating. What was it like to have a prophet? What was it like to see miracles on a daily basis?  What was it like before Hashem hid behind the curtain or maybe it’s us who hid from Him? What would it be like to really connect with G-d? Those are the questions we should be asking and the answers we should be searching for during these three weeks and especially on Sunday when we commemorate our most painstaking national loss. Loss is something we hate to face, but sometimes we are supposed to face it instead of racing away to Ibiza.

Shabbat Shalom and In the merit of mourning properly over Jerusalem, may we be rewarded to rejoice in its rebuilding!

PS … I left the name of the restaurant out as I heard following the bad publicity this offer created they rescinded the offer. Unfortunately I can’t say the same for the isle of Ibiza where the party goes on.

PSS … So interesting that this year Tisha Be’Av falls on Shabbat so we really can experience what it will mean in a future world when the 9th of Av is transformed from a day of sadness to one of joy and perhaps we can celebrate and connect so strongly this Shabbat that G-d wont have the heart to allow us into the mourning period that falls. To the rebuilding of Zion, Jerusalem and the Temple speedily in our days.