CUFI Leadership Calls for Return to Bipartisan Approach to Israel

CUFI is dismayed by the Congressional descent into partisanship on matters related to Israel and combatting anti-Semitism. No one party is blameless, and we have not shied away from that fact. Enough is enough.

Since our inception, CUFI has taken no position on Jerusalem’s internal, sovereign decisions and as such we will not take a position on the Jewish state’s recent application of its anti-BDS law to pro-BDS Members of Congress. We recognize that reasonable, pro-Israel, American patriots can disagree on Israel’s decision in this context.

Some House Democrats reported reaction to Israel’s decision includes plans to issue a statement of no confidence in Israel’s Ambassador to the US, Ron Dermer, and investigate the US Ambassador to Israel, David Friedman. This would be a slap in the face, not just to these two exemplary emissaries, but to every Democratic and Republican supporter of Israel who seeks bipartisanship on this issue. Targeting the ambassadors does nothing to heal the partisan rift, it creates a wider chasm.

Moving forward, the leaders of both parties should keep their fringe elements in check and stop attributing the views of these outliers to the opposition.  Allowing a handful of anti-Israel Members of Congress to hijack Congressional action on Israel has gone on long enough.

With more than 7 million members, Christians United for Israel is the largest pro-Israel organization in the United States and one of the leading Christian grassroots movements in the world. CUFI spans all fifty states and reaches millions with its message. 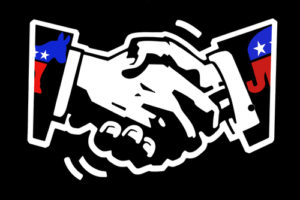