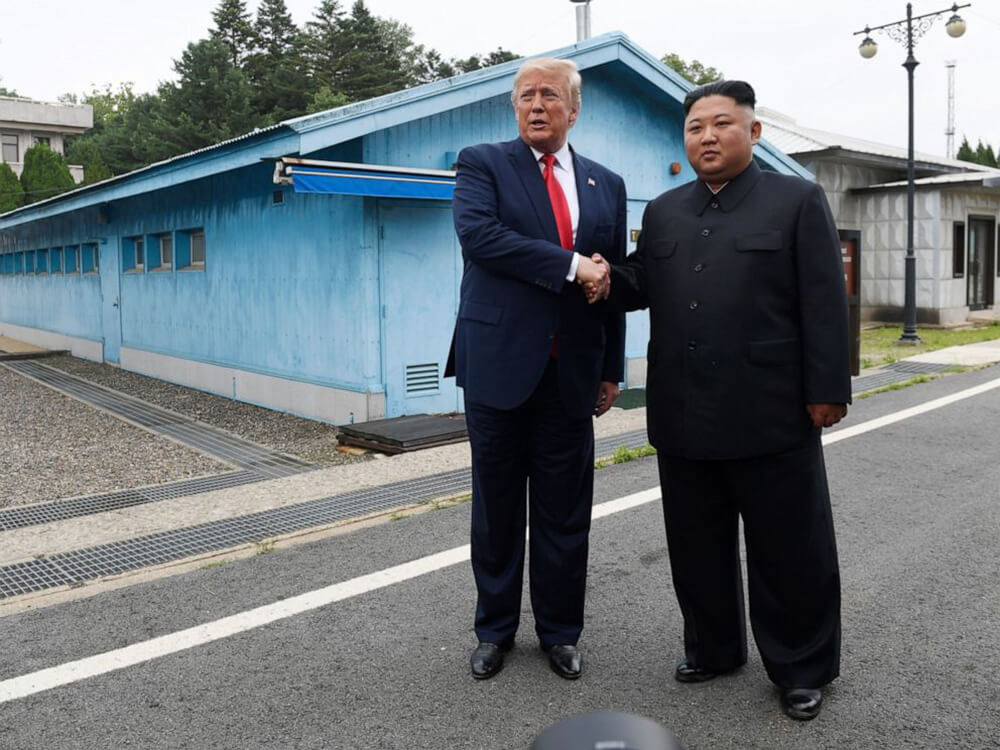 This past weekend, President Trump was the first American leader to step into North Korea. This landmark moment, initiated by a Trump tweet set in motion a 24 hour lunacy like scramble to complete all the preparations necessary for such a meeting. As is his want, Trump caught the world by surprise. We might even go so far as to describe his actions as those only a born, bred and raised New Yorker could even conceive of, and to top it all off, succeed. Kudos to him for keeping open a line of communications, no matter how shallow, with the brutal, untrustworthy dictator of that despotic state, Kim Jong Un. In addition, Trump’s unpredictable, abrupt, spur of the moment actions, decisions and tweets tend to keep his adversaries nervous, on edge and guessing. An advantage when you’re doing business, either commercial or political. He’s always in charge.

During this trip, Mr. Trump also met with another adversary, Chinese President Xi Jinping. Their discussions regarding trade between our two nations achieved some positive progress. Evidently, they agreed on a trade truce and will, in the near future, resume negotiations toward reaching a larger deal. This raising of the white flag brings to a halt, for the moment, the rising tensions between China and us that has threatened our own farmers and cattle industry with a loss of China as a major buyer of their produce and meat products. Trump has wielded the threat of tariffs on Chinese goods entering our markets and he is working towards one of his special deals that will benefit our people. That’s much better than his predecessors of both parties, who have always caved in to the demands of our Asian trading partners. It’s about time that an American leader stood up to those who have stolen our technology and decimated our economy by wooing away our major industries leading to a loss of jobs for our workers.

After painfully viewing the recent Democrat presidential debates (the other Editorial) we tried replacing President Trump in his trip to meet with the leaders of North Korea and China with any of those twenty (or more) candidates who stood on the stage being pampered by the MSNBC moderators. Just how well would Robert Francis O’Rourke, Bill deBlasio, Kamala Harris or Bernie Sanders handle these despots who have their fingers on nuclear weapons? What credibility would Pete Buttigieg have as he introduced his husband to the wives of the leaders of the Asian world? Would author and candidate, Marianne Williamson reach out to these brutal dictators with her words of “love, conquers all?” We’re quite content with President Trump carrying the ball into the territory of our enemies and spiking it in their end zone. He’s all for scoring points wherever and with whomever he meets.