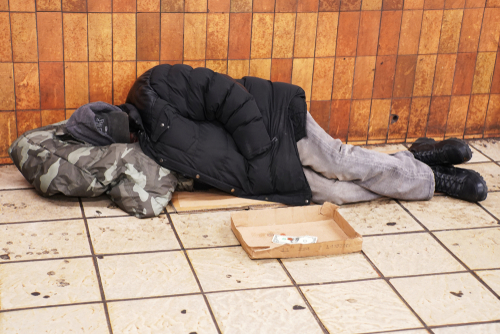 Gov. Andrew Cuomo sent a letter to MTA execs Friday demanding they address the homeless crisis in the city’s subways — saying he’s “never seen it this bad.”, according to the
NY Post, right after the MTA released a preliminary report containing recommendations on a transformation plan.

“Today is the beginning of a new, modern MTA – one that delivers better service, completes projects on time and on budget, and uses its resources effectively and efficiently,” said MTA Chairman and CEO Patrick J. Foye. “Make no mistake about it, this transformation will allow us to finally give our customers the system they deserve and prepares us to execute on what is likely to be the biggest capital plan in MTA history”, Mass Transit Mag reported.

The reorganization of MTA, the first in the transit systems 51-year history, was mandated by New York State’s budget bill that passed in April as part of widespread reforms. The report makes seven recommendations calling for the MTA to refocus on core objectives and centralize many department functions.

“This reorganization builds upon the progress made by the Subway Action Plan, Fast Forward and Save Safe Seconds to transform every aspect of our service and deliver modern, fully accessible transit to riders. It will enable us to build on our work over the last year, which has led to a historic turnaround in subway performance,” said New York City Transit President Andy Byford, which was reported by Mass Transit Mag.

Following the report’s release, New York Gov. Andrew Cuomo issued a letter to the MTA Board of Directors requesting that as the authority moves forward with its transformation plan that it address the growing number of homeless people living on the city’s subways.

“Homelessness is a crisis, and it has been for a long time and it’s only getting worse. It affects service, it affects riders and it affects homeless people,” the governor said.

Cuomo said in his letter which was obtained by Mass Transit Mag that: “In 2018, there were 1,771 homeless people living in the subway — that number surged to 2,178 in 2019, an increase of 23 percent. According to the MTA’s own statistics, trains were delayed 659 times in 2018 by homeless people who were walking on tracks and engaging in disruptive and often dangerous behavior including blocking train doors—a staggering 54 percent increase from the 428 homeless related delays in 2014. And that number is getting worse: in the first three months of this year, the MTA reports that there have already been 313 homeless related train delays. Over the last decade, the number of incidents more than tripled, from 254 in 2008 to 856 last year.”

Cuomo feels now is the time to address this issue as the MTS undergoes and an unprecedented reorganization. He stated: “The MTA must develop a comprehensive outreach plan that coordinates MTA personnel, social service providers and shelter and supportive housing providers to help the homeless out of the system and into safe, supportive environments. If the MTA needs more police or social service providers, now is the time to make that adjustment. Hire them and include it in the Reorganization Plan.”

DOI Probe: NYC Board of Elections Can’t Even Keep Count of Their Tablets

SUNY Campuses Brace for 25% Cut in State Aid Amid Pandemic