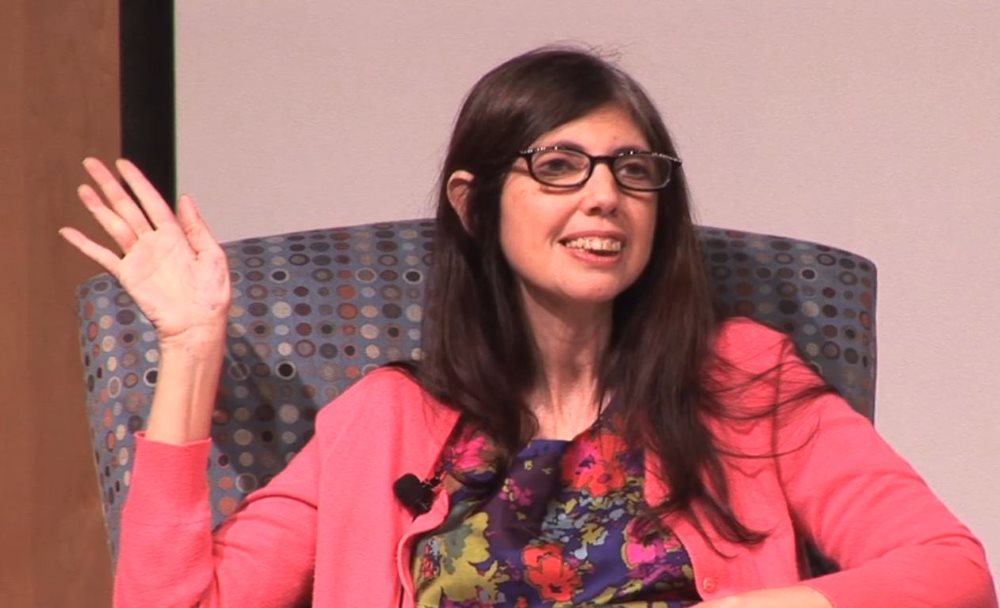 Lagnado, a reporter for The Wall Street Journal, brought “a writer’s curiosity and a patient’s empathy to storytelling, illuminating the plight of the uninsured, the sick and the elderly for readers around the world,” the financial newspaper rhapsodized.

Over several years, Lagnado reported on immigration, Jewish life and the state of patients in healthcare facilities. She reportedly battled with cancer beginning in her teenage years, later graduating from Vassar College.

“Lucette brought a unique and powerful voice to the Journal, combining a relentless curiosity with a big heart and deep empathy,” said Journal Editor in Chief Matt Murray. “Readers knew she would bring a wealth of knowledge and humanity to everything she wrote.”

“She was a courageous and brilliant reporter and writer,” said Paul Steiger, who was managing editor of the Journal in 1996 when Ms. Lagnado was hired to report on hospitals.

After leaving Egypt with her family as a child, Lagnado lived in the Bensonhurst section of Brooklyn. She recounted her father’s perilous trip out of Egypt upon the rise of Gamal Abdel Nasser in “The Man in the White Sharkskin Suit: A Jewish Family’s Exodus from Old Cairo to the New World.” The book, published by Ecco, was awarded the 2008 Sami Rohr Prize for Jewish Literature. The prize, which is administered by the New York-based Jewish Book Council, comes with a $100,000 stipend and is the richest cash award in the Jewish literary world. The presentation of the Rohr Prize took place in Jerusalem in April, 2008. “The Man in the White Sharkskin Suit” was optioned by producer Anthony Bregman (“Eternal Sunshine of the Spotless Mind”), according to a December, 2008 announcement in Publishers Marketplace.

A second memoir, published in 2011, was titled “The Arrogant Years: One Girl’s Search for Her Lost Youth, from Cairo to Brooklyn.” She was also a co-writer of the book “Children of the Flames: Dr. Josef Mengele and the Untold Story of the Twins of Auschwitz.”

Among Lagnado’s other awards are the Columbia University Graduate School of Journalism’s 2002 Mike Berger Award for a story about the aging residents of an Upper West Side apartment building and three Newswomen’s Club of New York Front Page Awards for her reporting on hospital billing and collection.

Lagnado graduated from Vassar College and started her reporting career at a community paper in Brooklyn, noted the Jewish Telegraphic Agency. “She served an internship with the investigative reporter Jack Anderson, as a columnist for the Village Voice and as executive editor at the English-language Forward newspaper.”

She also wrote “The Arrogant Years,” which forward.com reports “details her adolescence in Brooklyn and her teenage battle with cancer, in the midst of demonstrations at Tahrir Square. Lagnado watched the Arab Spring with guarded concern, dubious that the protests would lead to lasting democracy and wondering if the Cairo of her book, set in part during the reign of King Faoud, when Jews held posts as ministers in a more open society, provided a better template for the country’s future.”

“My trips to Bensonhurst always have a ritual quality to them, like a religious pilgrimage. I must go to this block, I tell myself, I must pay my respects to that building,” Lagnado blogged in 2011. “There are no people left there that I knew, not a single familiar face — my community long moved out — yet I keep returning.”

She is survived by her husband, journalist Douglas Feiden.