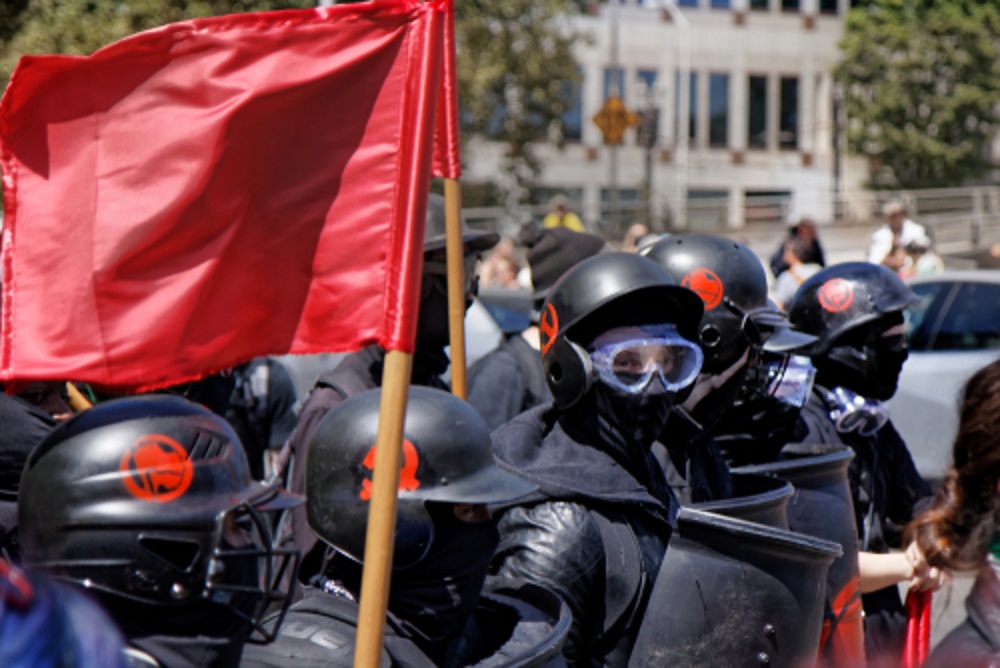 Willem Van Spronsen  went  to the Northwest Detention Center, the holding facility for the U.S. Immigration and Customs Enforcement in Tacoma Washington,   armed   with a rifle and incendiary devices,  and ended up being killed by police,  Seattle Times reported.

The alleged (now deceased)  terrorist last year drew headlines when  the  68-year-old man wrapped his arms around a police officer’s throat and shoulders in an apparent attempt to free another protester, during a protest by radical open boarders leftists last year.

Officers were called by an ICE employee who saw the rifle. Soon after they arrived, officers reported “shots fired,” said Tacoma police spokeswoman Loretta Cool, although it is unclear who fired first or if Van Spronsen fired at all. The Pierce County Medical Examiner’s Office classified his death as a homicide, Seattle Times reported.

According to his manifesto, a copy of which was obtained by Jack Posobiec, an independent journalist  Van Spronsen was armed with an AR-15 and stated, “I am Antifa”.

The manifesto is a rambling advocacy of  communist politics  mixed with hysteria about “concentration camps,” which clearly suggests that Van Spronsen was radicalized by fringe rhetoric from the likes of Alexandria Ocasio-Cortez, who has repeatedly called ICE detention centers “concentration camps”.  He also attacks several high profile billionaires including Trump in his manifesto.

Van Spronsen was a member of a left wing group called Red Neck Revolt, which is a branch of ANTIFA ;  a pro gun left wing group that pays homage to John Brown. Several members have been arrested for threatening Trump supporters and their children with fire arms.  Independent journalist Jack Posobiec pointed out that two months ago CNN ran a special report glorifying Red Neck Revolt. Below is a clip of CNN literally promoting a terrorist organization.

A new internal Democrat poll in swing districts released on Sunday showed that socialist Reps. Alexandria Ocasio-Cortez (D-NY) and Ilhan Omar (D-MN) are extremely unpopular and that they may cost the Democratic Party the presidency and the House in 2020, according to The Daily Wire.