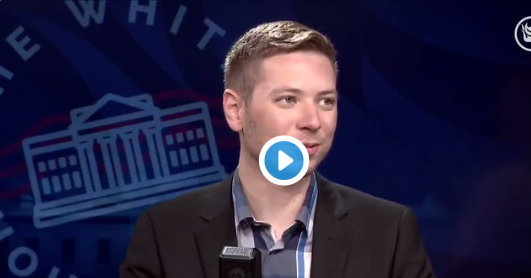 In TV interview during his visit to the United States son of Israel’s Prime Minister says that President Trump is the greatest friend of Israel and the Jewish people in the history of White House. “He will be remembered forever, like Cyrus the king of Persia 2500 years ago.

The son of Israeli PM Benjamin Netanyahu, @YairNetanyahu, tells @MillerStream that @realDonaldTrump is a ROCK STAR in Israel.

The full interview airs TOMORROW only on BlazeTV: https://t.co/vp4ZaQPxiO pic.twitter.com/67sUpAvxSp

Netanyahu Lashes out Against Isreali Media, Says They are Fueling the Protests