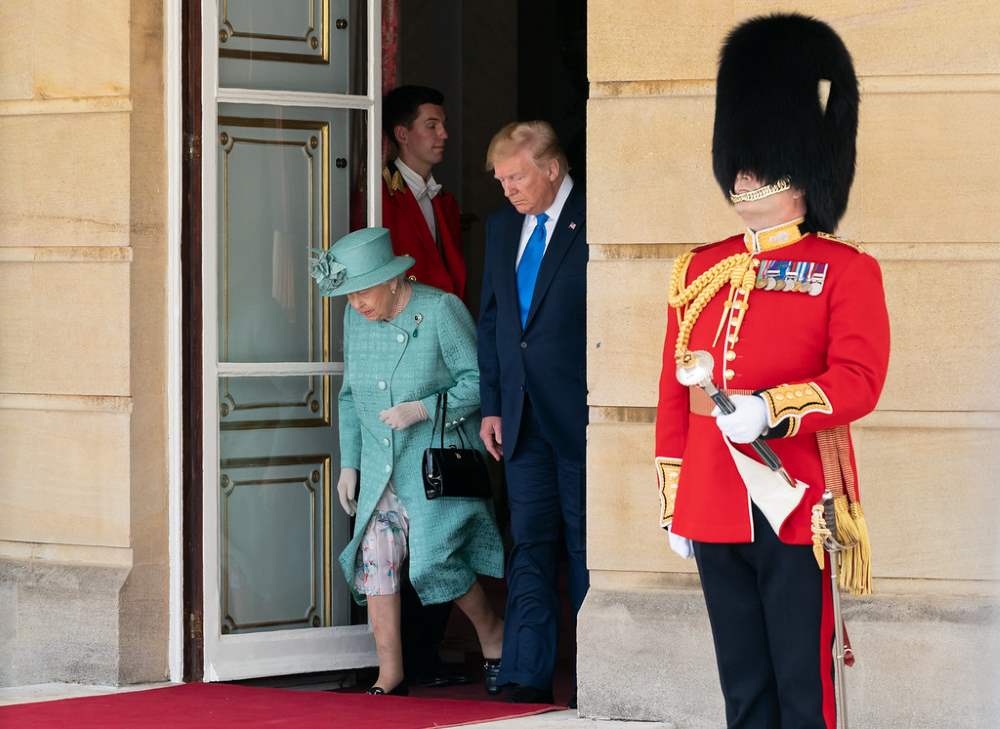 President Donald Trump is in Britain for a visit that includes meeting with the royal family, a state dinner and talks with outgoing Prime Minister Theresa May.

The day full of pomp and circumstance began with Britain’s Queen Elizabeth greeting Trump and his wife Melania after they arrived at Buckingham Palace by helicopter Monday. After a welcoming ceremony that included a 41-gun salute, the Trumps had a private lunch with the queen and a tour of the palace art gallery.

The rest of the day included inspecting the Guard of Honor formed by the Grenadier Guards, a tour of historic Westminster Abbey, and tea with Prince Charles at his London home, Clarence House.

But the highlight of the day was the white-tie-and-tiaras state banquet at Buckingham Palace. Besides the queen and her husband Prince Philip, other royals in attendance included Prince Charles and his wife, Camilla, Duchess of Cornwall, and Prince William and his wife, Kate, Duchess of Cambridge.

Trump said in this toast that the liberation of millions from tyranny in World War II “forever sealed” the bond between Britain and the United States.

In her toast, the queen said, “Tonight, we celebrate an alliance that has helped to ensure the safety and prosperity of both our peoples for decades, and which I believe will endure for many years to come.”

Noticeably absent from the Trumps’ day was Meghan, Duchess of Sussex, the American-born wife of Prince Harry who is on maternity leave after giving birth to a son last month. She had been critical of Trump during the 2016 presidential campaign.

Before leaving Washington, Trump said his trip would be “very interesting” and that he thinks the United States and Britain have an opportunity to work out a “very big trade deal” in the near future.

His visit comes as Britain is in the midst of political turmoil, as May is scheduled to resign on Friday after failing to complete Britain’s exit from the European Union.

That process will be inherited by her successor, with no clear path to a resolution among sharply divided parties.

Trump has publicly backed former Foreign Minister Boris Johnson, and told reporters late Sunday he may meet with Johnson and pro-Brexit politician Nigel Farage while he is in London. (VOA News)