Suspicious Fire Guts Home Under Contract for $2.8M in Gravesend Section of Brooklyn - The Jewish Voice

Suspicious Fire Guts Home Under Contract for $2.8M in Gravesend Section of Brooklyn 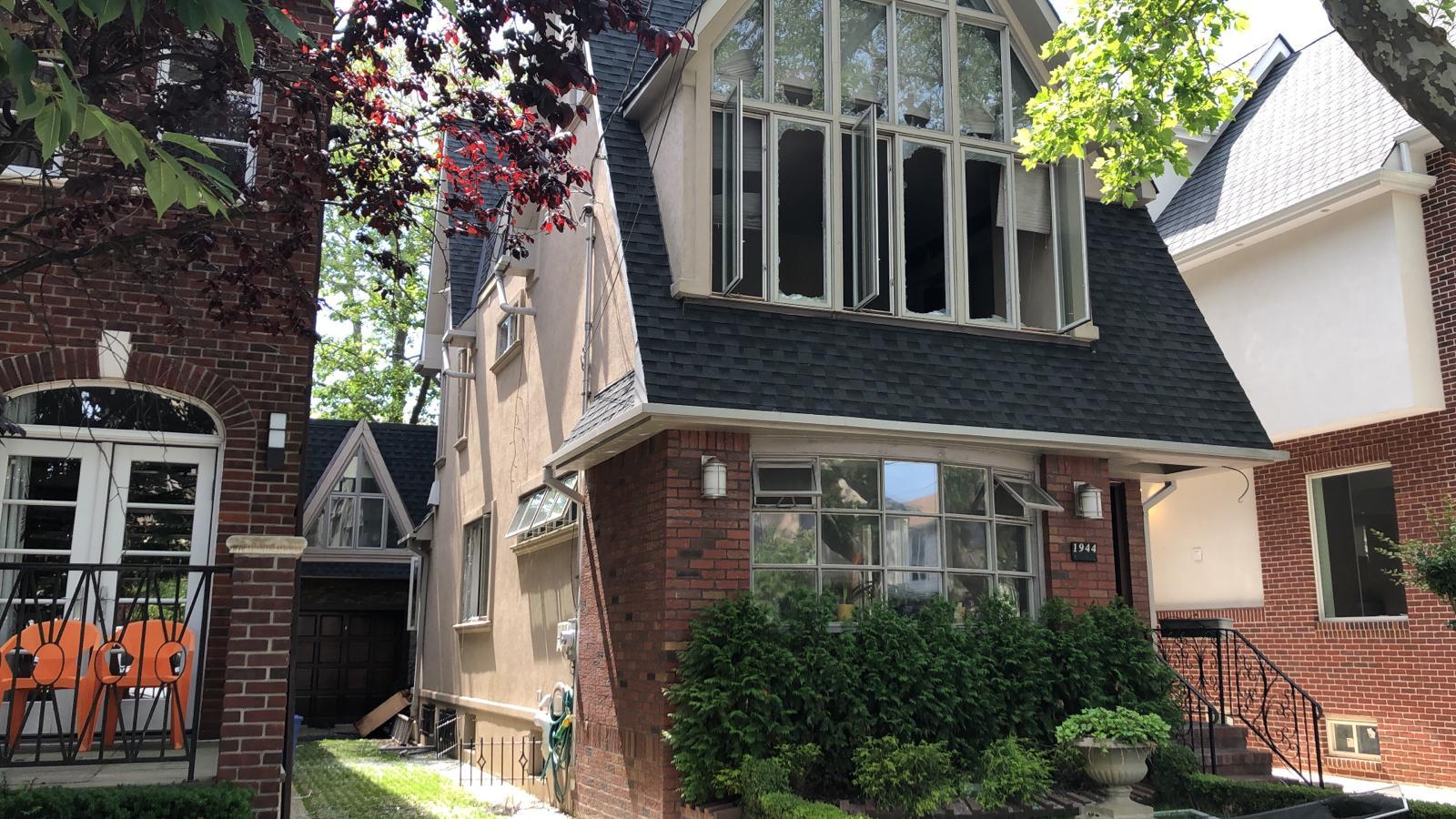 Residents of the quiet, leafy neighborhood of Gravesend in Brooklyn were rocked to the core on Wednesday afternoon when a huge blaze erupted at one of the upscale homes on East 1st Street near Avenue T. The serious fire, which broke out shortly after 1 pm, warranted about 50 firefighters and EMS crews was located at 1944 East 1st Street. Firefighters were able to vanquish the roaring fire, however the kitchen in the rear of the structure incurred heavy damage as did the atrium which featured high ceilings and glass windows, according to NYFD officials.

Witnesses says that the firefighters broke all the windows and that the house sustained water damage.  The fire officials reported it took about 20 minutes to get the blaze under control. There were no injuries in the inferno and no reasons were given for what precisely started the fire. It is currently under investigation.

According to a report on the Bklyner web site, the current owners of the home were not immediately identified. The report indicated that the other day they were moving some tropical fish and some had been left behind to be moved at a later date. The owners said the fire was “very bad timing.”

Suspicions have been raised as to whether the fire was an alleged arson, as the home had been under contract for $2.8 million, according to real estate brokers from Wolf Properties. According to the real estate web page Zillow, similar houses in this community are selling for $2-3 million, as was reported on the Bklyner web site.

The home had been owned by architect Robert Scarano, who inherited the home from his father. Scarano, however, has an allegedly checkered business past and according to published reports, he lost his rights to submit new building plans to the New York City Department of Buildings due to previous falsification on applications.

According to information provided on Scarano’s Wikipedia page, the ban by the city is still in effect. The ban was originally imposed on Scarano in March of 2010.   The ruling against the embattled architect came in response to a June 2008 DOB action alleging “false or misleading statements on applications submitted to the Buildings Department in connection with two new buildings in Brooklyn.”. According to the DOB, Scarano’s filings deliberately misrepresented the size of his proposed buildings, which were larger than he was claiming in his filings.

In her March 2010 ruling, Judge Joan Salzman agreed with the DOB, calling Scarano’s filings “so deceptive that they call to mind out-and-out fraud.”

According to Wikipedia, in response to the ruling, Scarano sued the DOB, attempting to overturn a city statute that “can be used to bar an architect from filing for permits”. The suit alleged that the statute was “unconstitutional because it lacked due process; it was poorly drafted with a “meager” standard; and could be applied arbitrarily”. An appeals court upheld the ban in 2011, saying DOB could “no longer rely on Scarano to submit honest paperwork.” Scarano said that he would explore his legal options in response.

This ban was the second time in four years that the NYC Department of Buildings brought charges against Scarano. In 2006, Scarano was brought before the City’s Office of Administrative Trials and Hearings for alleged zoning violations. The allegations were mutually settled in August 2006 with the settlement specifying that it was “not an admission of guilt or liability” by Scarano and the DOB agreed to keep private “any information or documents that form the basis for the department’s assertions and allegations.”

Speaking on the condition of anonymity, several residents of the Gravesend community said that Scarano did not pay his debts and swindled people out of their money on the business transactions that he engaged in with them.