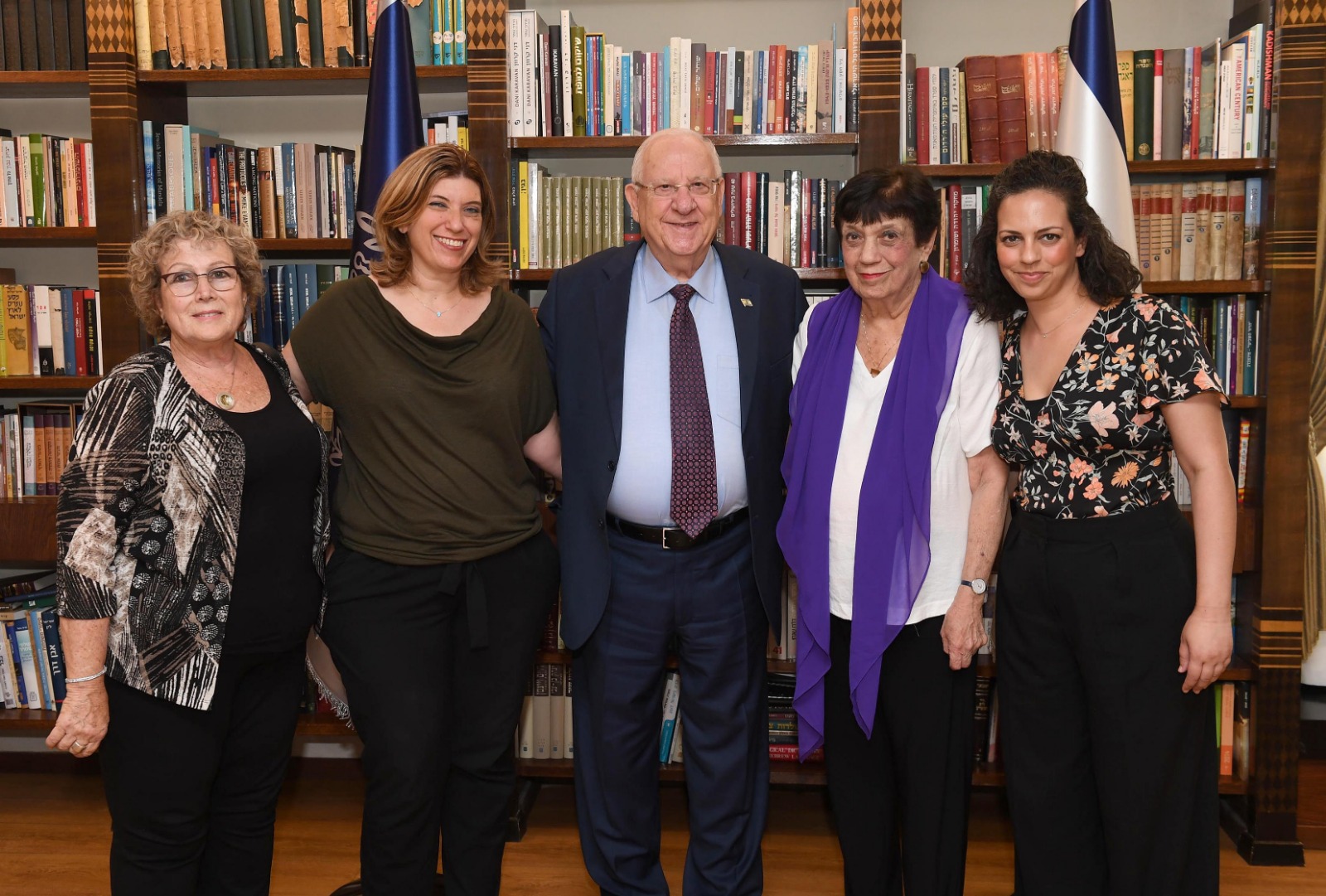 President Reuven (Ruvi) Rivlin today, Tuesday 25 June / 21 Sivan, with the leadership of Girlfriends of Fallen IDF Soldiers (GFIDF), which provides psychological and emotional support to the unmarried partners of fallen IDF soldiers in order to assist them as they rebuild their lives.

The meeting was attended by GFIDF founder Phyllis Heimowitz, her daughter and chairperson Tamar Heimowitz-Richter and director Rina Cohen, as well as Adi Tal Cohen, who lost her partner Captain Tal Bardugoז”ל, her partner of many years, in 2004.

The President heard about the activities of the organization, how it was founded and its activity over the years. He was presented with a jewelry box with a heart of khaki fabric – the symbol of last year’s Yom Hazikaron (Memorial Day) campaign, and a poem written by Shani Feldman Omiel in memory of her partner Merom Fisher ז”ל.

The President expressed his support for the wonderful work that GFIDF has done for women who lost their partners in operational activity over the years, and for their groundbreaking work that has resulted in the recognition of the importance of recognizing the loss experienced by the girlfriends of fallen soldiers.