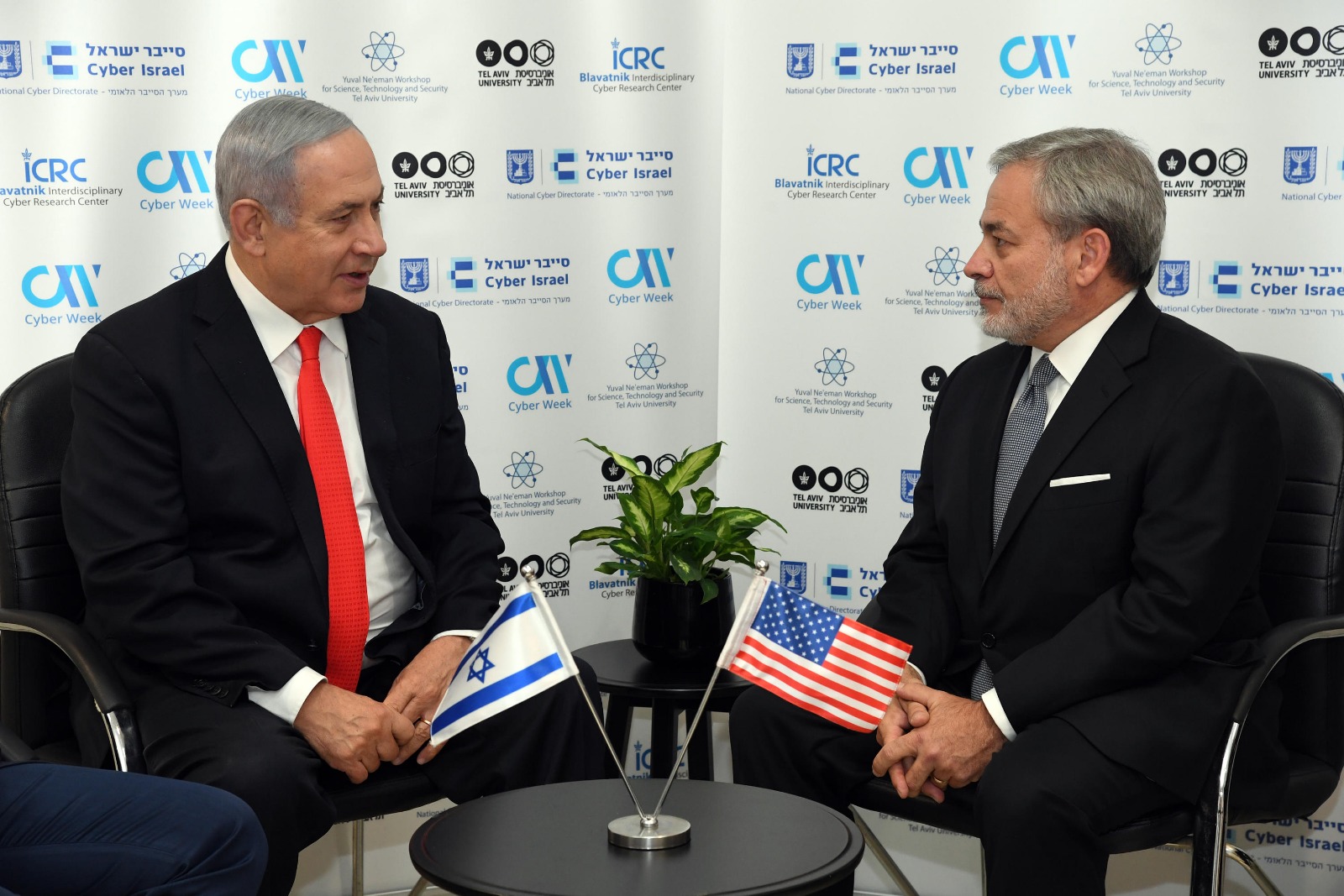 Yigal Unna, Director General of the Israel National Cyber Directorate, at Cyber Week: Iran is a main cyber threat in the Middle East

“Iran and its proxies continue to pose a main cyber threat in the Middle East,” said Yigal Unna, Director General of the Israel National Cyber Directorate, today at the Cyber Week conference held at the University of Tel Aviv. “Israel is prepared for cyber threats; we have the capability to respond forcefully to cyber-attackers, and not necessarily on the same vector as the attack.”

Unna presented data according to which the Iranians are among the five most active state actors in cyberspace. “The Iranians are and have been continuously active for a long period of time deploying broad attacks, including attacks to gather intelligence, attacks to cause shifts in mentality, as well as attacks intended to cause harm and destruction to systems. Iran is one of the only countries to execute destructive attacks, primarily against Gulf states.” 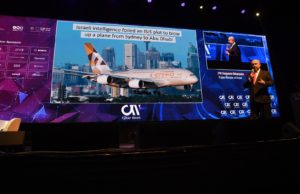 Some of the newest and most widespread trends in attack surfaces in the cyberworld today that Unna presented include an additional focus on attacks on the supply chain, targeted ransom attacks on large corporations, a substantial increase in revelations of vulnerabilities in various technological infrastructures, and a substantial decrease in the amount of time between the discovery of a vulnerability and its exploitation.

According to the data presented by Unna at the conference, being held this week under the direction of the Cyber Directorate and the Blavatnik Center at Tel Aviv University, the Israeli cyber industry is on its way to breaking new records in raising capital this year. In the past half-year alone, 40 Israeli cyber firms raised a total of 850 million $, compared to 1.1 billion $ in the year 2018 (total). Likewise, in the past half-year Israeli cyber firms recorded seven exits totaling a sum of 1.5 billion dollars.

Furthermore, Unna presented at the conference for the first time the results of a new survey led by the National Cyber Directorate among companies in the private sector. According to the survey it appears that 68% of companies in the economy experienced at least one cyber attack or attempted cyber attack in the past year (of any kind) against their organizations. 63% of those who reported cyber incidents also noted that no damage was incurred as a result.

The survey also indicates that 84% of firms have a dedicated cyber-defense budget, and some 80% state that that the issue of cyber-defense rates highly on their order of priorities, particularly among companies in the fields of information and communications, as well as companies who operate internationally. Additionally, 75% of firms already have a cyber trustee. Likewise, some 60% of the organizations are accustomed to providing a cyber-defense update to their board of directors at least once a quarter.

The survey’s findings also indicate that the primary reason for investment in cyber is the high level of awareness among management of the issue. High management awareness of cyber issues was observed with relatively high prevalence among companies operating internationally.

300 companies answered the survey, forming a representative sample of the private sector in Israel and all companies from the various industries. The survey was performed by the MIS polling firm and commissioned by the National Cyber Directorate.

“We’re encouraging international associations. Both government to government in cooperation on the questions of cybersecurity, a very complex issue. We have today cooperation first with our great and irreplaceable ally the United States of America. We cooperate in cybersecurity as never before and in many other fields of intelligence.

The way we protected against the hijacking of planes in the past was to put armed guards or have security forces ready to burst into hijacked planes. Later a whole industry that developed in Israel for mechanized locks on doors for pilots, separating the pilots and maintaining the security of the cockpit and so on. That’s one way to deal with hijacking. It was not ineffective. It was good. It was effective but it’s very expensive.

Here’s another way. That plane leaving from Sydney to Abu Dhabi was going to be exploded in midair. And we found out through our cyber activities we found out that ISIS was going to do this so we alerted Australian police and they stopped this before it happened. That’s a more effective way of doing this.

This particular incident leaked in the press so I can talk about it. If you multiply that 50 times, that will give you an idea of the contribution that Israel has made to prevent major terrorist operations, especially by ISIS in dozens of countries. And most of those cases were foiled because of our activities in cybersecurity.

Israel and Chile have a lot in common. We share values of democracy and human rights. We share a belief in market economies and both of us have done a few things to promote these values in our respective countries. We believe in entrepreneurship. We believe in creativity. We have relatively small, not so small, but relatively small, very vibrant economies. It’s recognized by the countries in Latin America, Chile’s capacity in this regard just as the countries of the Middle East and the world recognize Israel’s capacities as an innovation nation.

We’re both relatively new members of the OECD. Our achievements have attracted much interest in foreign investments from all over the world. So we’ve achieved a lot separately but I believe that we can achieve a lot more together.

We just spent a few minutes now as we did in Brasilia, we discussed how we can increase the cooperation and exchanges between Chile and Israel, both on the governmental level and no less important on the company to company level, on the private sector level. When we last saw each other at the inauguration of President Bolsonaro in Brazil, we made a commitment to upgrade that cooperation and we are fulfilling that today.

We have already signed five agreements and we’re going to sign now another three with our respective ministers. This will push forward the capacities, the opportunities that we have to seize the opportunities and meet the challenges that we will do and we can do it better together.

I look forward to continuing this in our discussions with your delegation downstairs and then having you and your wife Cecilia at our residence today so that we can continue to forge new heights for our friendship.

1. An MOU on a scientific cooperation program between the Science Ministry and the Chilean National Authority for Scientific and Technological Research;

2. An aviation services agreement between the governments; and

3. A declaration of intent on health and medical cooperation between the two countries’ health ministries.