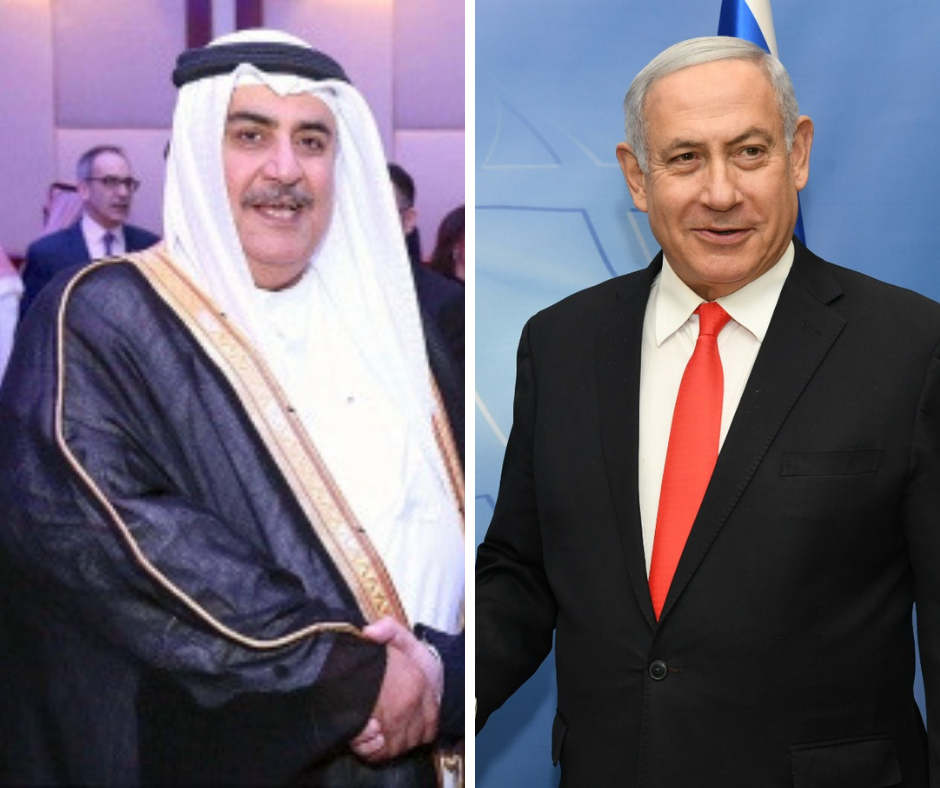 Jerusalem – Days after historic “Peace to Prosperity” conference at Bahrain capital city Manama which was attended by over 300 business leaders from Middle East Arab states as well and from Israel and the Palestinian Authority, Prime Minister Netanyahu notes ground breaking statements made by Arab officials who openly acknowledge the Jewish State and a permanent and integral part of the region.

At the start of this morning’s weekly Cabinet meeting Prime Minister Benjamin Netanyahu this morning made the following remarks: “I would like you to hear what the Foreign Minister of Bahrain, Khalid Al Khalifa said last week: ‘Israel is a country of the Middle East. Israel is part of the heritage of this whole region. The Jewish People have a place amongst us. The Israeli public needs to trust that there are countries in the region that do want to have peace and do encourage the Palestinians to do it.’ This is a very important statement. It is the direct result of our policy, which is turning Israel into a rising regional and global power.

At a time when we are drawing closer to the Arab states, and are gradually normalizing relations with them, and a time when we praised the Bahrain conference that was designed first and foremost to lead to economic prosperity for the Palestinians and the entire region, at the same time, the Palestinian Authority repeatedly attacked the conference in contradiction of their own interests.

Recently, the Palestinian Authority has even arrested a Palestinian businessman who dared attend the conference in Bahrain. They later released him due to American pressure. His only crime was that he attended an economic conference designed to advance the Palestinian economy.

One thing is clear from all this. The Palestinian Authority is determined to continue the conflict at any price, including that of the well-being of the Palestinians themselves. This is not how those who want to advance peace should act. In contrast, we are continuing to advance ties with the Arab world, including today, and this serves everyone.

Regarding Gaza, we well understand the plight of the residents of the area adjacent to the Gaza Strip and we are working to ease conditions for them as much as possible. Last week we imposed heavy sanctions on Hamas including halting fuels. If we need to, we will employ much harsher measures. We are taking these actions in consultation with all security elements.

I am not impressed by the propaganda of so-called experts. Many of them are offering us advice that they themselves would not implement if they were in power. Let us not be confused, they would be the first to criticize us after we set out on a wide-ranging military operation, which we may yet have to do. Therefore, I am guided solely by one thing – the security of the State of Israel.

Read more on death threats and arrests of Palestinian businessmen who took part in the Peace to Prosperity conference in Bahrain.

The Mullahs Turn to Bitcoin Mining