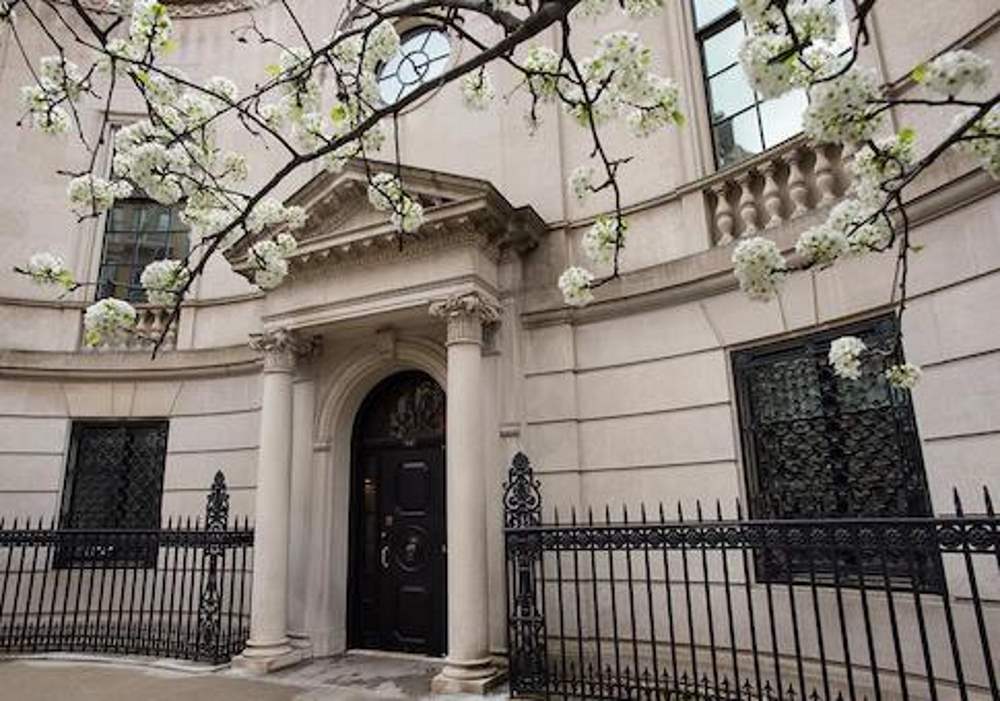 Adam and Michelle Parker filed suit Thursday against Spence School in Manhattan Supreme Court, and the complaint alleges shocking behavior by their 16-year-old’s classmates and a clueless administration trying to cover its behind, the New York Post reports.

The story centers around what the Parkers say was a harmless, private Instagram post about Halloween costumes by their daughter, whom the lawsuit refers to  as “D.P.” In a post shared with two friends, D.P. joked about trios of costumes she didn’t want to dress up as: “Slaves, indigenous people, white settlers?” “Hitler, mussolini, stalin?” “Racism, sexism, anti-semitism?” “Sin, cos, tan?” and “American idealism, American intentions, the reality of America?”

According to the Post, “two daughters of two prominent, high-profile families lauded in the Spence community and beyond” confronted D.P. and “claimed they were offended.” In an effort to be sensitive, D.P. hugged them both and apologized for any offense given. However, the suit then charges that the two girls engaged in a cruel plan to smear her, telling a separate student about the post and attempting to get her reported to the school’s administration on false pretenses:

Three of those other students — none of whom had seen the post themselves — then reported D.P. to school administrators, saying she’d “made a post on Instagram that joked about dressing up as slaves and slaveholders, Jews and Hitler, and indigenous people” and that a black student had been offended by it, the suit charges.

Administrators then “ambushed” D.P. and “accused her of an act of racism and anti-Semitism,” ordering her to apologize to the offended student — who had herself admitted she hadn’t seen the post, but “just hearing about it was so hurtful and offensive.”

A bawling D.P. was ordered to apologize multiple times until she “racialized” her language in accordance with the school’s race an diversity training, finally saying “’as a white girl’ she was sorry that she undermined the oppression of black people and slavery,” the suit claims.

The school had an assembly about the post that falsely characterized her original post and ultimately suspended D.P. for a day, the suit said. When the Parkers confronted Head of Upper School Michèle Krauthamer about whether she’d seen the original post, she admitted she hadn’t and her punishment was shortened to a half-day of “in-home reflection.”

Head of School Ellanor Brizendine also told the parents the school didn’t have the actual post when it suspended D.P. The suit goes on to claim the school has refused to apologize for its handling of the situation or discipline any of her classmates, even those who operated an Instagram account called “ladymemers” that included “racist, homophobic, sexually explicit and other vulgar content.”

Famous alumni of the school, which was founded in 1892, include Gwyneth Paltrow, Kerry Washington, and Emmy Rossum. (Washington Free Beacon)