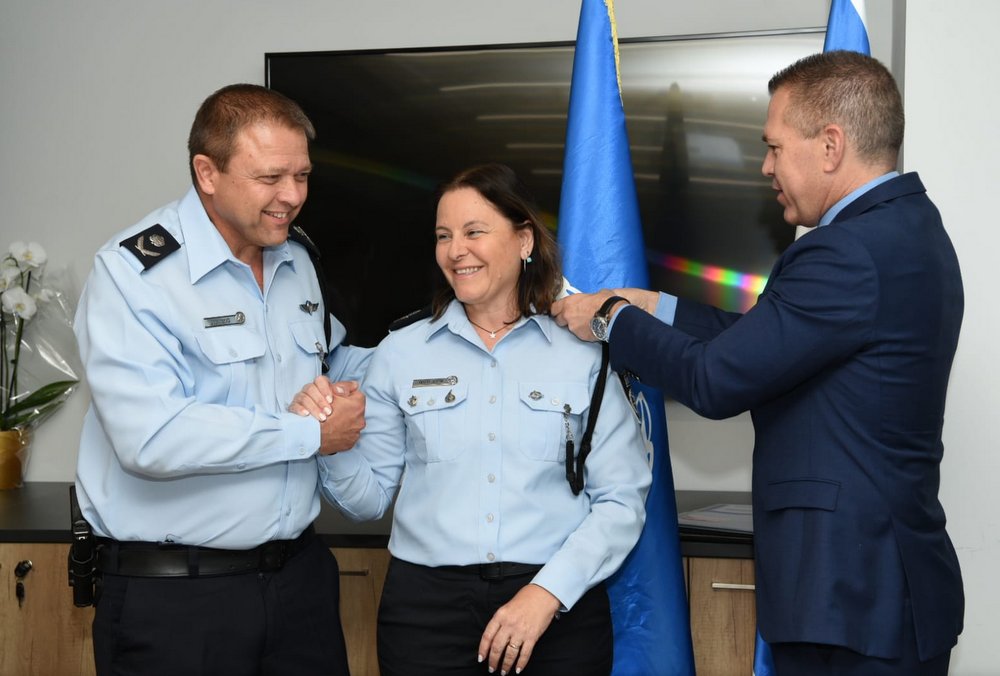 Yigal Fink, the operations officer of the Tel Aviv District in his last position, was appointed commander of the new district.

Fink (44) lives in Givatayim, is married and is a father of four children. He joined the Israel Police force in 1995 and began his service in the Central District as a commander in a variety of core units, YASAM, traffic and patrols, and served in senior command positions in the Tel Aviv district, including senior operations officer Dan region and the commander of a neighborhood station. The latter served as the operations officer of the Tel Aviv District. 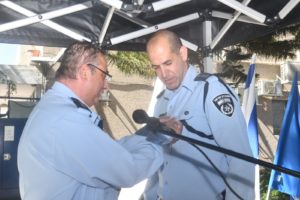 “We are celebrating the appointment of a commander of the District who is at the heart of the local community and its policemen are an influential and involved factor in the various communities and the multicultural infrastructure that exists here,” said Brigadier General Bitan during the ceremony. He went on to express his great appreciation to the deputy commander of the area, and noted that the Ayalon region has received talented policemen and commanders who have proven that they understand the importance of involvement in the community. 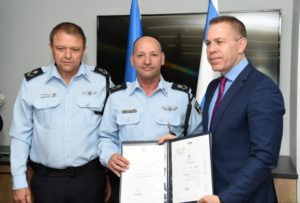 The ceremony was held today in the presence of the Minister of Public Security, Gilad Erdan, and the Deputy Inspector-General of the Israel Police, Major General Moti Cohen.

Major General Alon Asor was appointed Deputy Inspector General of the Israel Police, after serving in his last position as Commander of the Northern District. (54) Lives in Binyamina, married to Hagit and father of two. BA in Law, Philosophy and History of the Jewish People and MA in Jewish History. Among his most recent positions were the commander of the Petach Tikvah station, the operations officer in the Central District and the commander of the National Police College.

Brig. Gen. Ayelet Yerucham, who is currently the deputy head of the logistics support division, was appointed head of the division and promoted to the rank of chief of staff. Yeruham, 53, lives in Kfar Oranim, married to Natan and has three children. She holds a BA in Economics and an MA in Political Science and is a graduate of the National Security College. Among her last positions are the Head of the Training Division, the Deputy Head of the Planning Division and the Head of Resources in the Planning and Organizational Division.

Acting Chief of Staff of the Israel Police, Major General Moti Cohen, praised the officers and said: “This is the morning of the day when the Israel Police completes the picture of the organization’s future senior command staff: Ayelet has been acting as head of logistical support for several months, I am pleased that you have been appointed to the senior staff of the Israel Police, who has for many years carried out a variety of command positions in the organization and people have always followed you with your head up. And from your experience with your appointment to the Northern District, which is one of the more challenging regions in Israel”.

The new deputy police commissioner, Major General Alon Asor, said: “In recent years, Alon served as commander of the northern district, where he dealt extensively with crime in Arab society and various security challenges. In your new position as Deputy Inspector General, you have a lot of organizational processes to lead and I have no doubt that you will do it in the best possible way. ”

The Minister of Public Security, Gilad Erdan, said at the graduation ceremony: “The Israel Police, which is at the forefront of the struggle against terror and crime, needs professional and moral officers who will strengthen the public’s confidence and the personal security of the citizens of Israel. To appoint today some of the most senior positions in the Israel Police, an officer and professional and high-quality officers who will continue to strengthen the police capabilities as one of the most important security organizations in the country. ”

Will Hamas and Fatah Unite in Force as Israel Develops Ties to Arab World?