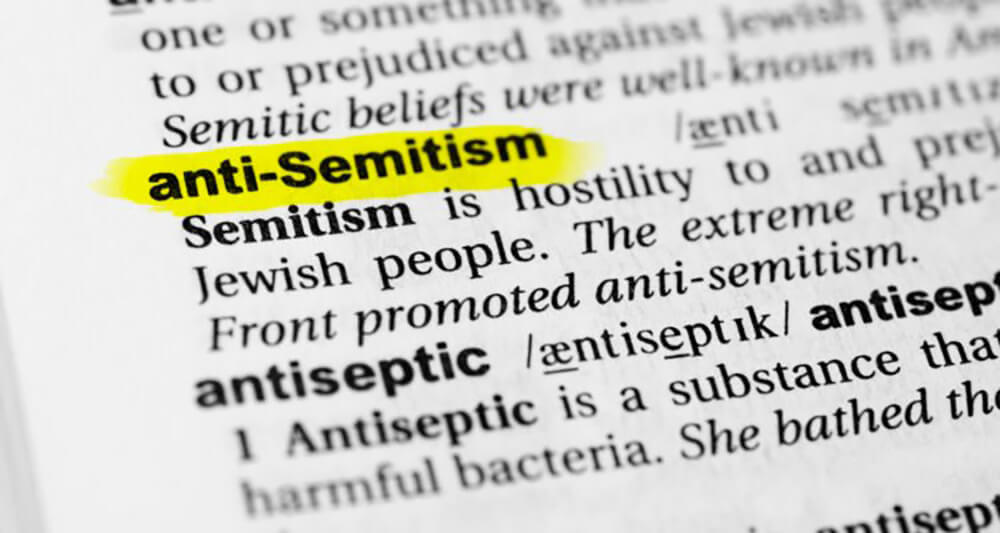 Press coverage of Sen. Cruz on the Senate floor discussing his resolution, urging the Senate to come together and condemn anti-Semitism with one voice

HOUSTON, Texas – U.S. Sen. Ted Cruz (R-Texas) led a bipartisan effort with Sen. Tim Kaine (D-Va.) in the Senate to pass a resolution to condemn anti-Semitism within the United States. Following Sen. Cruz’s remarks on the Senate floor, the resolution was unanimously passed by the Senate in a vote of 100-0. Watch Sen. Cruz’s floor speech in its entirety here.

Fox News: Senate expressly condemns anti-Semitism, after Democrat-led House ‘can’t bring itself’ to do the same

“The Senate unanimously passed a resolution on Thursday explicitly and unequivocally condemning anti-Semitism, after the Democrat-controlled House abandoned a similar effort in March in favor of a resolution broadly disapproving of all forms of bigotry. The new resolution, introduced by Texas Republican Ted Cruz and Virginia Democrat Tim Kaine, calls anti-Semitism ‘a unique form of prejudice stretching back millennia that attacks the equal humanity of the Jewish people.’ ‘The Senate did what the House couldn’t,’ a senior Senate aide told Fox News. ‘It said that anti-Semitism is a unique kind of bigotry that needs to be uniquely condemned. Everyone knows that’s obviously, objectively true. The question is why the House can’t bring itself to say so.’”

Texas senator Ted Cruz took to the Senate floor Thursday afternoon to denounce anti-Semitism moments before the Senate unanimously passed his bipartisan resolution condemning all forms of anti-Semitism. ‘We’re living in an era where the need for a strong and clear condemnation of anti-Semitism has become acute,’ Cruz said. […] During his speech, Cruz pointed to the House of Representatives’ failure to pass a resolution earlier this year specifically condemning anti-Semitism after Rep. Ilhan Omar (D., Minn.) made numerous anti-Semitic remarks including insinuating American Jews have a dual loyalty to Israel. ‘When the House tried to condemn anti-Semitism, sadly they were instead forced to water it down into a general resolution decrying bigotry of all sorts,’ Cruz said. ‘There’s of course nothing wrong with condemning bigotry and hatred in general.’ […] Cruz noted that American Jews have been subject to discrimination throughout the history of the United States, including being barred from certain social clubs, academic institutions, neighborhoods, and hotels.”

“The United States Senate on Thursday night passed two resolutions against antisemitism, one unanimously condemning ‘all forms of antisemitism.’ The Bipartisan Cruz-Kaine Resolution, which was put forward by Republican Senators Ted Cruz (Texas) and Tim Kaine (Virginia), was described by the Texan senator as ‘what should hopefully be a simple, but crucially important matter for the Senate,’ while addressing the Senate. In his speech, he said that the aim was ‘to issue an unequivocal, direct, and clear condemnation of all forms of antisemitism. Unfortunately, we’re living in an era where the need for a strong and clear condemnation of antisemitism has become acute.’ […] ‘This is a shameful legacy and it makes it all the more incumbent that we as a Senate, speak in one voice and stand resolved that the United States condemns and commits to combating all forms of antisemitism,’ he added.”

“The Senate unanimously approved a resolution condemning anti-Semitism, the latest congressional bid to address an issue that has roiled American politics. The resolution passed Thursday was introduced by Sens. Ted Cruz, R-Texas, and Tim Kaine, D-Va. It lists a number of classic anti-Semitic slanders and prohibitions on freedoms imposed on Jews overseas and in the United States. It also alludes to recent deadly attacks on US synagogues. ‘Jews are the targets of the majority of hate crimes committed in the United States against any religious group, including attacks on houses of worship and Jewish community centers,’ the resolution says.”