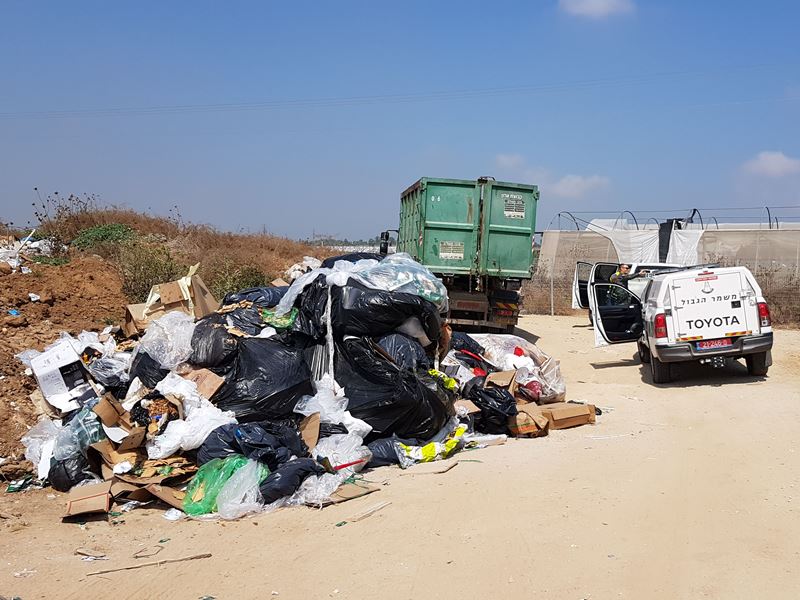 A Truck dumping construction waste at a pirate site on the Ashkelon coast was seized and the relevant operators will be charged.

The Green Police of the Ministry of the Environment in action, a truck was caught dumping construction waste at a illegal dump grounds on Ashkelon beach. The relevant people will be investigated and will be indicted.

The southern team of the Green Police of the Ministry of the Environment worked for several days staking out a pirate dump in the Ashkelon Coast Regional Council and collected evidence about the site’s operators, the method of work, the owners of the site and the general conduct.

On Tuesday, 25.6.2019, after various types of waste were dumped by garbage trucks and before the earth was covered with dirt, the Environmental  team, in cooperation with a Border Police force, carried out open criminal enforcement.

As part of the activity, the crew seized a truck from which mixed waste was dumped inside the pirate site. The truck was caught and taken to a parking lot for impounded vehicles. At the same time, waste disposal operations began at the Morasha site.

The Green Police has opened an investigation, and in the coming days all the relevant bodies will be questioned and indictments will be filed against all those involved.