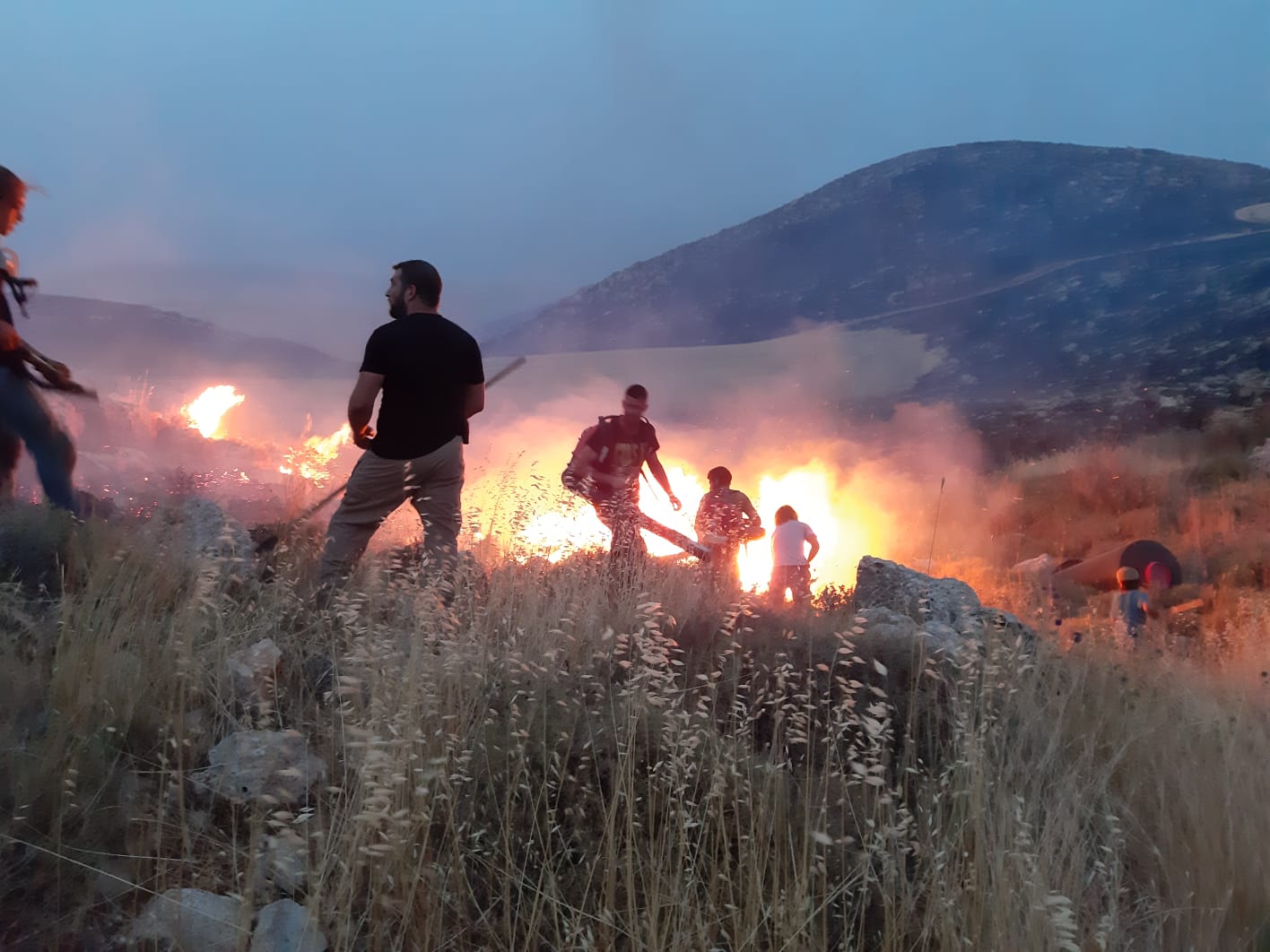 Over the past days thousands of acres of gazing land and barley fields have been destroyed by terror motivated arson attacks in Shomron. These attacks are aimed at starving out local Jewish owned flocks of sheep and cows.

Seven arson attacks simultaneously took place on a Friday evening in the hills of Itamar. The fire spread between Gitit in the Jordan Valley and Itamar Hill 777. The fires reached the outskirts of the houses.

The Samaria Region fire brigade and about 150 volunteers set out to help extinguish the fire, among them the residents of Itamar, the high school students in Itamar and the residents of Elon Moreh.

Security forces together with IDF Samaria Brigade and the Security Branch of the Shomron Regional Council conducted a chase after the arsonists to the Palestinian village of Akraba.

The head of the Shomron Regional Council, Yossi Dagan, turned to the IDF Central Command after a briefing on the activities of the security forces, and asked not to leave until the terrorists were apprehended.

“These fires must stop,” Dagan said, adding: “We expect the security forces to capture the arsonists and to act against them with a hard hand.”

Chen Weiss, a resident of the hills, one of the volunteers who left the area: “We were lucky that the high yeshiva students were near by during the Sabbath and came to help, without them things would have ended otherwise The Arabs came up with a method and apparently learned from the Gaza area. Anyone with a match in the heat and dryness of the time can bring the situation of a Shabbat in which no one is available has made it even more difficult. The damage is estimated at almost a million shekels, this must stop. ”

The residents of the hills opened their doors to help the hilltop farmers, who were badly hit by the last set of fires, and called upon the security forces to stop the terrorists once and for all.