Amir Ohana Sworn in as Minister of Justice - The Jewish Voice

Amir Ohana Sworn in as Minister of Justice 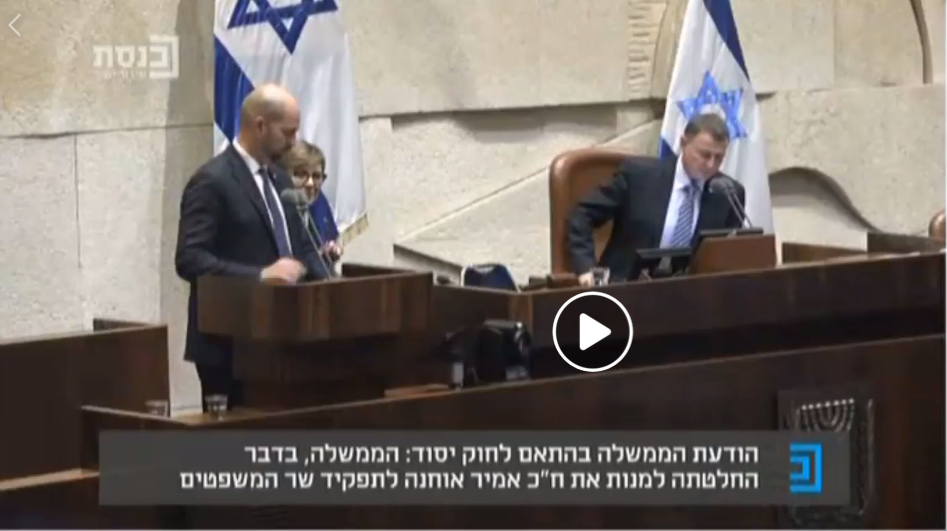 Member of Knesset Amir Ohana (Likud) sworn in as Minister of Justice for interim government.

Ohana takes over portfolio that was held by Ayelet Shaked, who was fired from the government by PM Netanyahu along with Naphtali Bennet after the two failed to get re-elected in recent general elections.

Ohana, a known confident close to Netanyahu will fill this position at least until the forming of the next government after the September Knesset elections.

The advancement of Amir Ohana is upsetting to the left wing and intersectionality crowd being that he is openly gay and politically on the right.

Ohana is a strong supporter of the Land of Israel movement and greatly appreciated in the Likud party.

In a recently feature in the New York Times he is quoted describing himself as: “I’m Jewish, Israeli, Mizrahi, gay, a Likudnik, a security hawk, a liberal and a believer in the free market,” Mr. Ohana told parliament. (“Mizrahi,” or “eastern,” refers to Israelis with roots in the Islamic world, about half of the Jewish population.)