Roger Waters in Bizarre Rant – Compares Israelis with Aliens; Pressures Stars to Pull Out of Eurovision 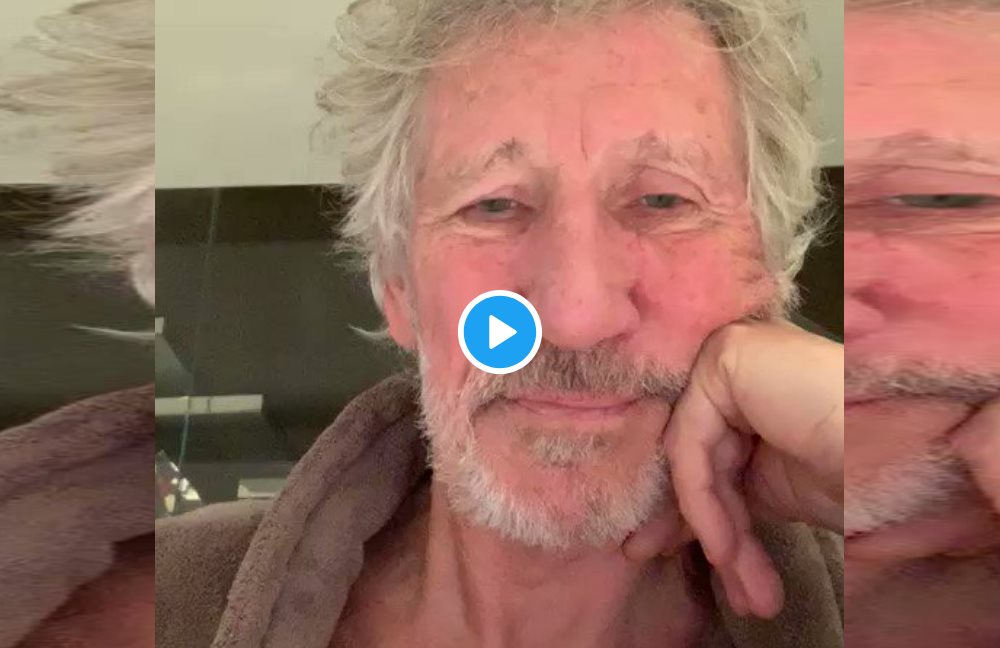 In a bizarre and hateful rant, Pink Floyd front man, Roger Waters on Thursday used his social media accounts to do what he has achieved notoriety for and that of course, is to bash Israel.

The Jew hating aging rock star is no stranger to the anti-Israel scene as he is one of its progenitors; always in the forefront of pressuring entertainers and performers to boycott Israel. Waters’ solo concerts are replete with Jew hating effects and props such as an inflated pig with the Star of David on it.

A message from Roger: pic.twitter.com/wBJdms9peO

This time around on social media Waters expressed his pride in a Swiss petition that demanded Eurovision “pull out of the finals in Tel Aviv,” during which he compared Israelis to aliens, although “it’s giving aliens a bad name,” as was reported by the Jerusalem Post.
Waters told his followers of a conversation he had with BDS founder Omar Barghouti, who told him about the petition, which was signed by 136,000 Swiss people, according to the JPost article.

Rogers compared the film Invasion of the Body Snatchers to the Eurovision song content that is scheduled to take place in Israel. Waters claims that Eurovision has been taken over by aliens (Read, taken over by the Jews in Israel). He then did some retrospection and felt badly for making the odd comparison as he believes that such a comparison gives aliens a bad name.

He claimed that the body snatchers in the film were tantamount to Jewish critics of Waters’ hideous views on Israel. “The body-snatchers are doing that now, but normally what they’re going is, ‘antisemite!'” Waters said, pointing at the camera.

The JPost report also indicated that Waters referred to the iconic tale known as “The Emperor’s New Clothes.”

“‘Mommy, mommy, why is the emperor of Israel parading his ethno-supremacist bullshit around naked?'” Waters said in a mock-childish voice. “Enough with Netanyahu.”

“136,000 of our Swiss brothers and sisters have signed and delivered a petition demanding that the Eurovision pull out of the finals in Tel Aviv. I cannot tell you how much that has lightened my morning,” said Waters, who is obsessed with his anti-Israel tirades.

“I’m going to go and make myself another cup of coffee with love in my heart for all those Swiss people,”

he concluded. “Thank you, thank you.”