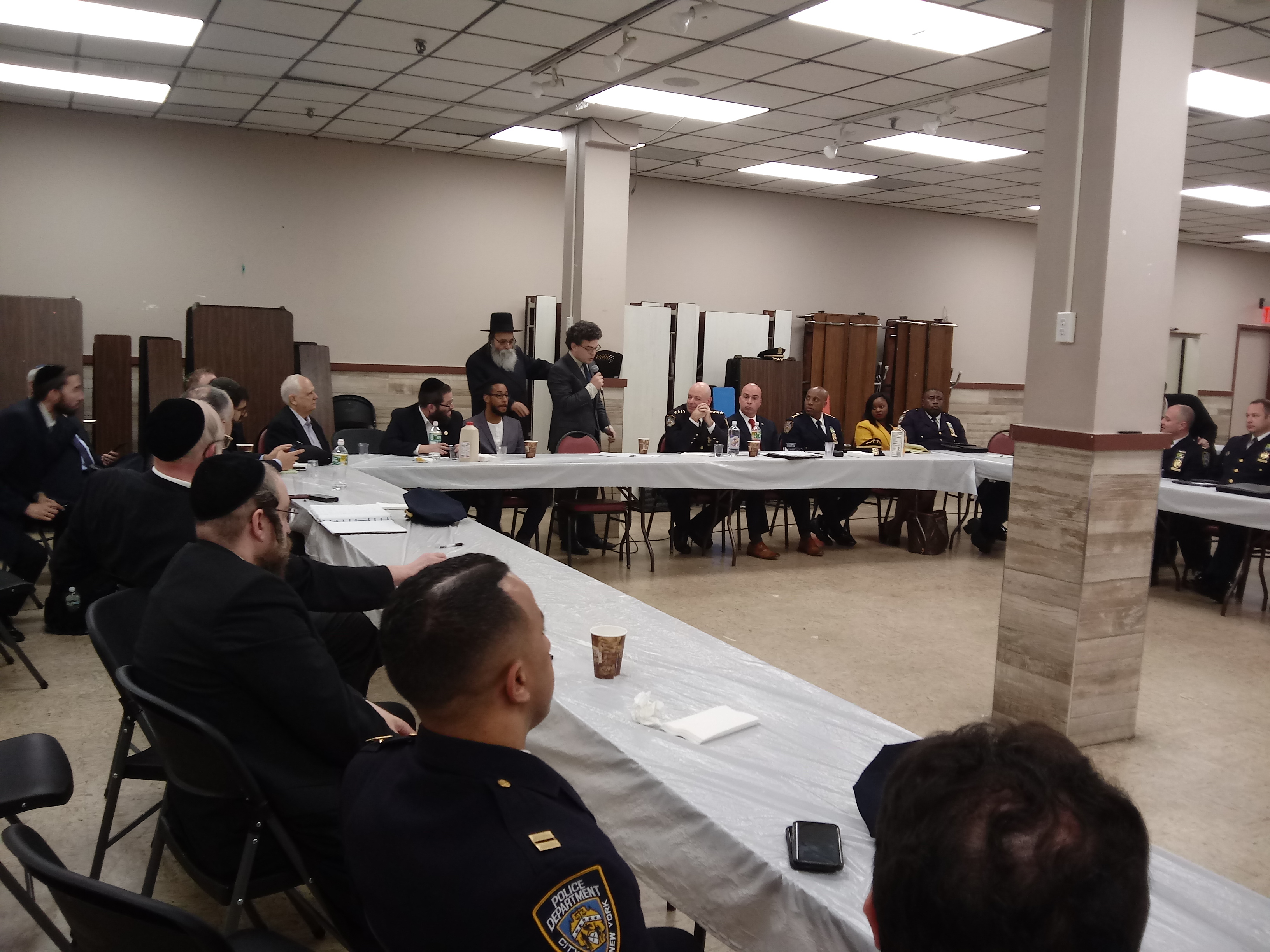 In a span of three days, two Jewish residents of Williamsburg have been physically assaulted in unprovoked incidents because of their appearance as Chasidic Jews. Anti-Semitic attacks in the Williamsburg Jewish community are growing in frequency and boldness.

In response, the United Jewish Organizations of Williamsburg and North Brooklyn held an emergency meeting today with NYPD Chief of Department Terence Mohanan and Chief of Patrol Rodney Harrison.

Rabbi David Niederman President of the UJO of Williamsburg said:

“While the scourge of anti-Semitism is growing at an alarming rate across the country and around the world, we must face the reality that here at home in New York City we have a serious problem of anti-Semitic attacks on identifiably Jewish members of our community. People merely walking on the streets here feel like sitting ducks, worrying that they must look over their shoulder in fear of being hurt because of their faith.

“We call on the NYPD Hate Crimes Task Force to thoroughly investigate these two incidents. Should the evidence show that the only reason these victims were attacked was that they were obviously Jewish, Brooklyn DA should charge and prosecute the perpetrators to the full extent of the law, including hate crime enhancements.

“We further call on the New York State Legislature to clarify the definitions within the Hate Crime statutes. When investigators determine that an assault occurred without an obvious motive – for example robbery, gang violence, etc. – and the only possible motive was hate, prosecutors should be able to readily charge perpetrators with hate crimes.

“I thank Chief of Department Monahan and his top chiefs and commanders for coming to Williamsburg to speak with us and appreciate that he was receptive to our request to increase NYPD resources in Williamsburg. We can only put an end to these attacks in partnership with the NYPD, and I am confident that Williamsburg will be receiving the attention it deserves. We made several other suggestions to better address the safety and security needs of the community that should be implemented on an ongoing basis.

“I am also grateful to our elected officials for coming and standing up to hate and for the vital role they play in securing additional funding for security cameras, which is one of the most crucial tools to catching those responsible for sowing fear and hate against Jewish residents. “

The police commanders thanked the Williamsurg Shomrim for their hard work to recover footage and help find witnesses after incidents in the community, which is critical to solve these crimes and to bring the perpetrators to justice.

“To all evil-doers know well: when you are committing a crime in Williamsburg, you will very likely be in camera, the footage will be reviewed and publicized, and you will definitely be caught,” said Rabbi David Niederman. “Several people are in jail already for months, for hate attacks that they committed in November. Before you want to express your hate, take in mind that there are severe consequences and you will regret that. Hate is not tolerated here.”