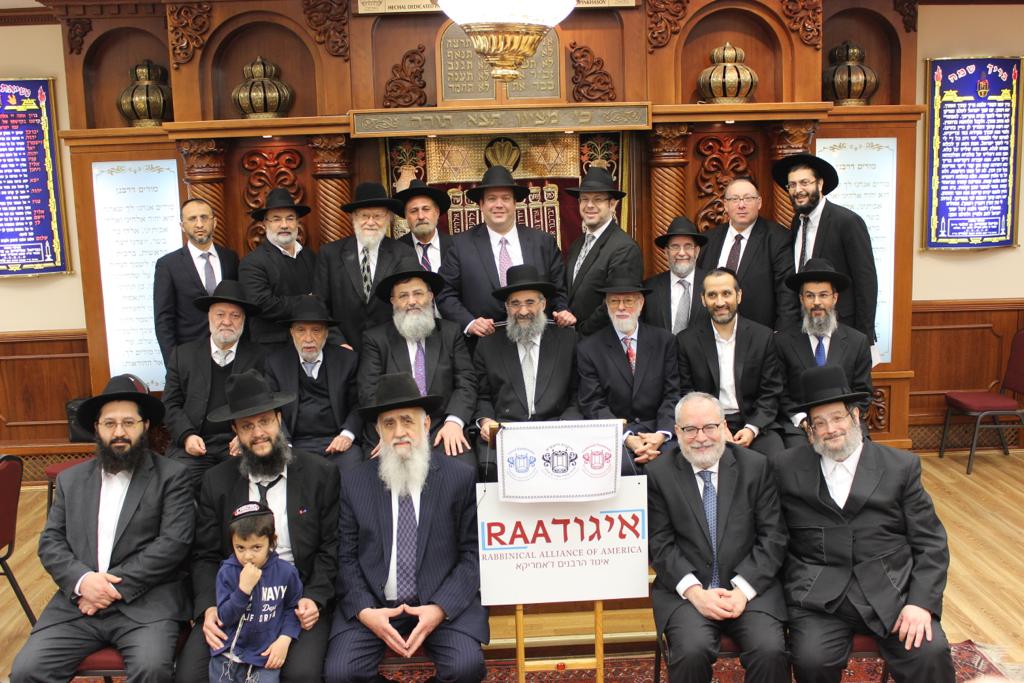 The secret to the success of the thriving Orthodox Jewish community was discussed at a meeting of two major organizations. On May 5, Rosh Chodesh Iyar, the Rabbinical Alliance of America held its monthly conference together with the leadership of the Beth Gavriel Jewish Center of the Bukharian community in Forest Hills, New York. Over 50 rabbis gathered to discuss the remarkable success of the Bukharian community in nurturing Jewish continuity through intensive education, and the formidable task still remaining.

Jewish education affects not just the students but their entire families, intensifying Torah observance and strengthening communal bonds. There is no greater guarantee of Jewish connection throughout the generations than religious observance and intense Torah study. Through its passionately run school and renowned Chazaq community engagement program, the Bukharian community centered in Beth Gavriel has seen a remarkable renaissance.

At the Rabbinical Alliance of America conference, Chief Rabbi of the Bukharian community, Rabbi Yitzchak Yisraeli, described the overflowing school that has served as a blessing for so many Jewish families. The challenge facing the community is funding the expansion of their burgeoning school for the thousands of potential students. The school’s success is a source of pride but also a responsibility. It can serve an even larger portion of the community if the leadership can only find the means to expand.

Rabbi Yehoshua S. Hecht, Chairman of the RAA/Igud’s Presidium, described to the audience the growth of the Syrian community in New York, which he witnessed personally as the son of one of the community’s leading rabbis. The key to success lies in building a thriving Jewish school which can impart Torah values to children who would otherwise fall under the influence of American cultural mores.

Rabbi Noach Isaac Oelbaum, Rabbi of Khal Nachlas Yitzchok and a leading rabbi and halachic authority in Queens, captivated the gathering with timely words of Torah about communal unity and devotion to truth. Rabbi Yaakov Klass, Presidium member of RAA/Igud, offered insights into the weekly Torah portion and Rabbi Gil Student, Director of the Halacha Commission of RAA/Igud, discussed the textual sources behind the latest controversy over women serving as a Sandek during a circumcision in contradiction to Jewish tradition. Rabbi Yehuda Blank invited the gathered crowd to the RAA/Igud’s upcoming May 28 symposium on the rabbi’s self-care, held in conjunction with the National Council of Young Israel and Lenox Hill Hospital.

State Assemblyman David Weprin and City Councilman Kalman Yeger each addressed the rabbinic audience, offering words of thanks and encouragement to the gathered leaders. Rabbi Yerucham Silber, director of New York Government Relations, Agudath Israel of America;  explained the latest developments in Albany regarding assisted suicide. This state sanction for murder serves as a grave concern to the Jewish community. In addition to the general lack of concern for life, the Jewish community’s elderly population is particularly susceptible to pressure to end the divine gift of life.

Rabbi Yaniv Meirov and Rabbi Ilan Meirov, two brothers who run the Chazaq organization, described the life-changing impact of their outreach organization. On a regular basis, leading scholars teach to packed crowds who thirstily absorb the inspirational lessons. Chazaq has not only taught immense amounts of Torah to the Bukharian community, it has changed the way the broader Orthodox community thinks about adult Torah education. The gathering was galvanized by the inspiring story of Chazaq’s continued success in changing the lives of community members, including hundreds of public schools students via their afterschool programs and yeshiva placement division. Chazaq has successfully transferred over 650 Public school students to Yeshiva in the last two and a half years alone.

The key to Jewish continuity is education. Through its innovative school, synagogue and adult education programs, the Bukharian community is already seeing future generations carrying on its sacred traditions. The leaders of this community, together with the Rabbinical Alliance of America, will not stop until every Jewish child experiences the birthright of a Torah education.

A Refugee Solution for Biden — From 1944