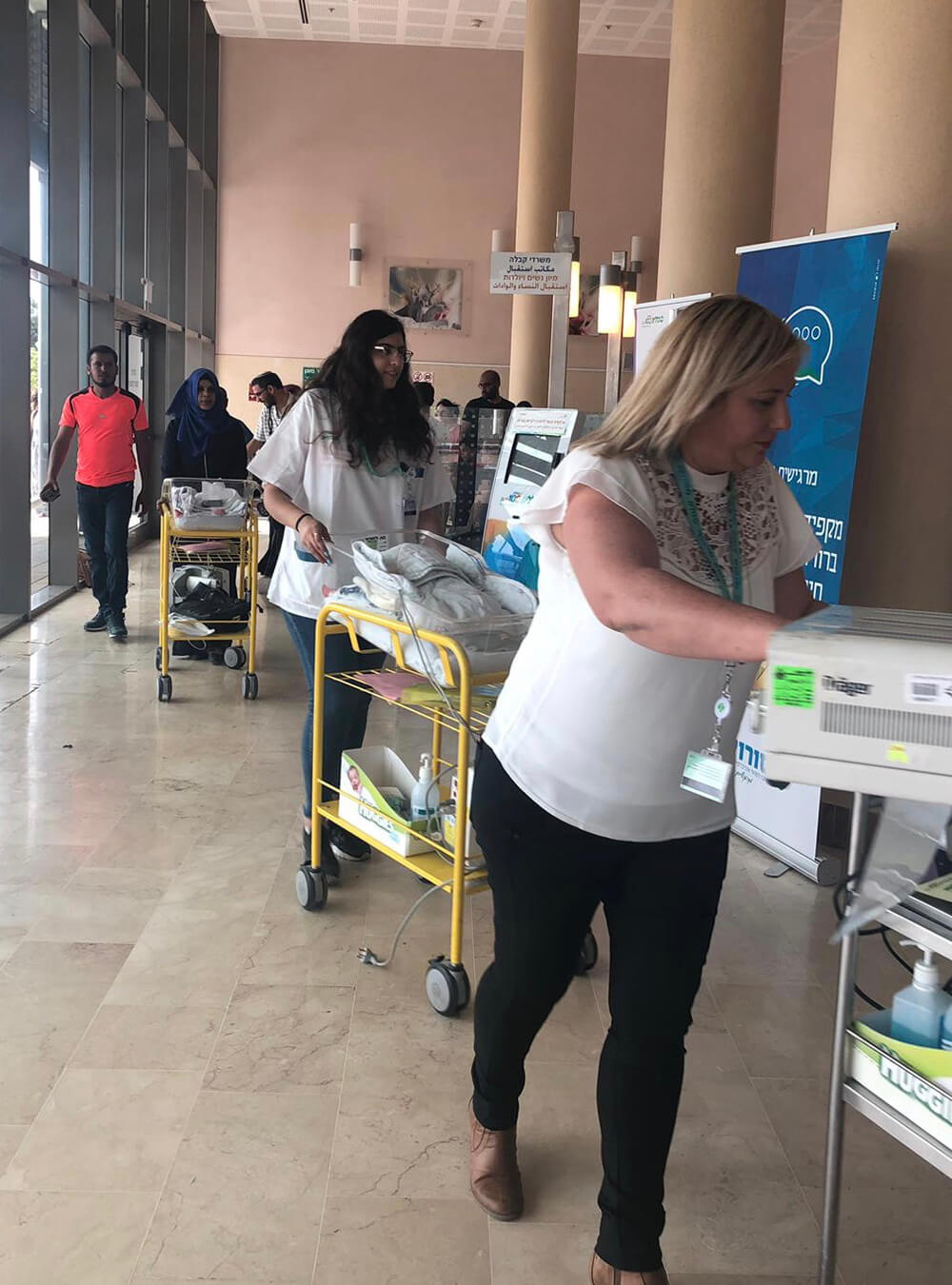 With over 600 missiles directed into Israel from Gaza in recent days, Soroka Medical Center, 20 miles from Gaza, was called upon to serve as Israel’s Iron Dome for Health. On Saturday night the hospital administrators were alerted to expect rockets aimed at Be’er Sheva. The hospital staff took immediate action: Staff braced for mass casualties and also relocated several of their most vulnerable units into temporary sheltered locations where they could continue to operate while protected from missile attack.

The extremely heart-wrenching decision was made to urgently relocate the Soroka Neonatal Intensive Care Unit (“NICU”) for the safety of the babies. Moving premature babies is dangerous, but the risk of injury from missiles is intolerable. This department is currently in an unprotected building, which means that the entire unit must be relocated to a protected location as demanded by the security situation. One of the most urgent needs at Soroka Medical Center today is to replace this outmoded building with a new, protected NICU facility. This project is of vital strategic importance to Soroka and to Israel.

Dr. Agneta Golan, the Chief of Soroka’s NICU states: “We have the detailed plans to build a new Neonatal Intensive Care Unit that will be state-of-the-art in all respects, large enough to meet our growing population while emphasizing the family-integrated approach that we have pioneered. I will not rest until we secure funding that will allow this project to proceed”. Even in the current over-crowded facility, Soroka’s NICU is outstanding and world-renowned for it’s innovation and human touch, serving the underserved and highly diverse population of the Negev and helping babies born at great risk recover and thrive. The planned new building will allow Soroka to expand their capacity and assure that all the babies of the Negev requiring NICU hospitalization can be treated at Soroka, near their home.

In the midst of relocation preparations, an air raid siren went off. Over 50 tiny babies and their mothers were rapidly moved from one unprotected area to a slightly better protected one highlighted the impossible situation of the unprotected NICU. The risk to the babies is significant, as many are connected to ventilators and various electric medication pumps. The IDF, Hospital staff, patient families and volunteers all participate in this fraught operation.

Isolation, Loneliness of Lockdowns Is Tough on America’s Seniors