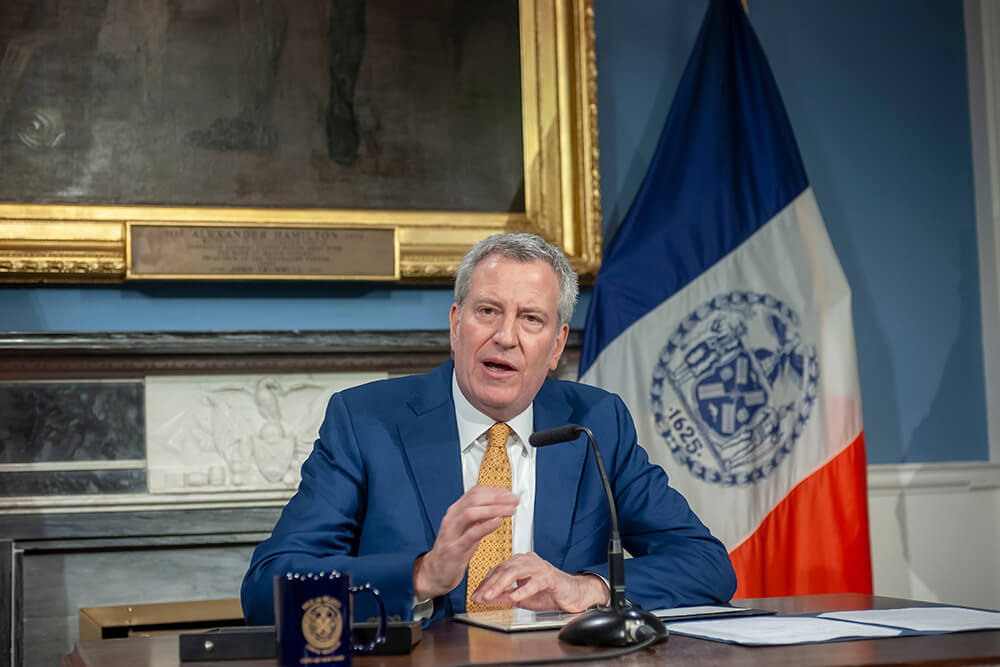 New York City Mayor Bill de Blasio has been preparing for a potential presidential run, despite what has become a very crowded Democratic primary field with a handful of Senators and members of Congress, an Indiana mayor, and an entrepreneur entering the race. In recent weeks, Mr. de Blasio has retained the services of a Democratic fundraiser, toured Iowa and New Hampshire — two presidential battleground states, and held fundraising dinners with donors across the country.

When asked by reporters whether he intends on entering the 2020 presidential race, Mr. de Blasio has said that he is “not ruling anything out,” adding that he will talk to members of his family before making a final determination.

Mr. de Blasio has tasked two political advisers with assisting him in his aspirations to become a nationally-recognized politician. Mike Casca, a senior aide to Senator Bernie Sanders during his 2016 presidential run, departed Mr. de Blasio’s office earlier this month as the mayor’s communications chief to join his political action committee.

“The work we’ve been hired to do is for Fairness PAC,” she told The Times. “There’s been no conversation beyond that.”

A Quinnipiac University poll released early this month showed that 76% of likely voters in New York City think that Mr. de Blasio should not enter the 2020 presidential race. 47% of voters told Quinnipiac that it would be bad for New York City if the mayor enters the race.

“I’m glad I could unify the people of New York City,” Mr. de Blasio told reporters earlier this month at a press conference, speaking about the new poll.

“I have spent a lot of time in dead last in many a poll in many a race,” he told The Times earlier this year. “It’s not where you start. It’s where you end.”