The Phenomenon of Fake Jewish Media Must be Addressed 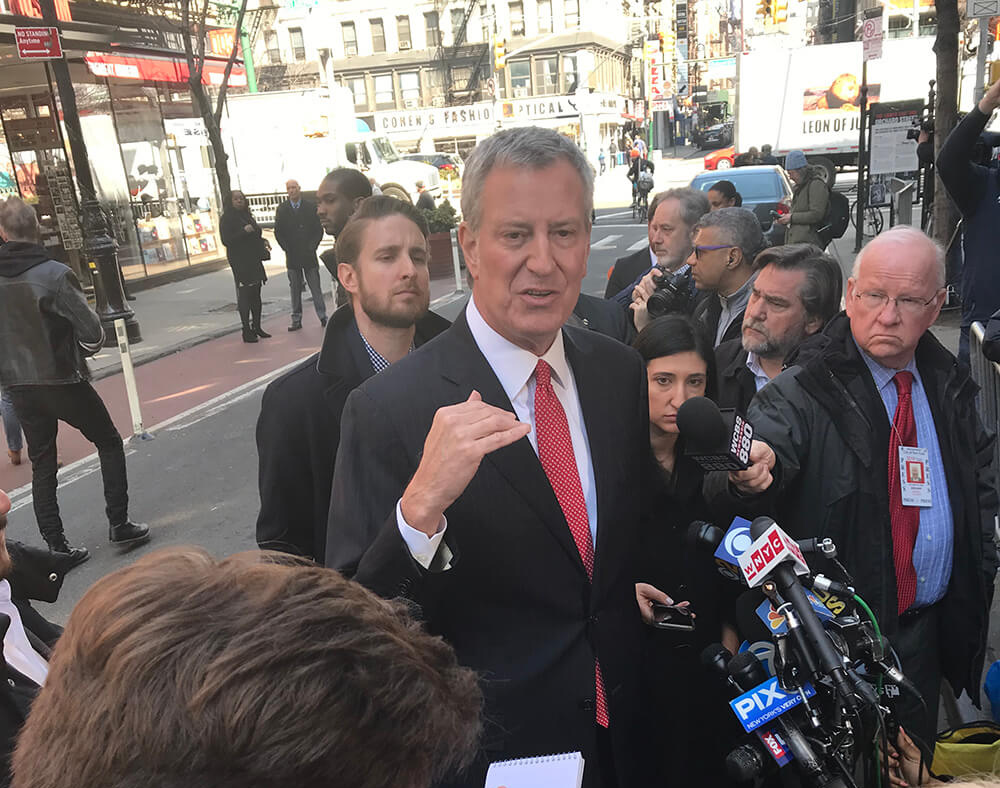 If one considers the widespread and deleterious impact of the “fake news” phenomenon that swirls around us on an incessant basis, one could easily draw the conclusion that the viewing audience of mainstream media cable TV channels as well as readers of such “august” publications as the New York Times or the Washington Post are being “duped” big time. And guess what, folks?? They would be 100% correct in their assessment. Searching for the truth in a mendacious media sphere that is driven by a nefarious political agenda is certainly equivalent to finding a needle in the proverbial haystack.

But if this somber prognosis is not enough to beat your spirits down, we regret to inform you that yet another incarnation of “fake news” does indeed exist and tragically, it is located in the heart of the Jewish world here in NYC and beyond.

For those not in the know, one should take note of the fact that the alphabet soup of Jewish organizations that exist in New York City, Israel and other places of Jewish interest, normally hold their annual fundraising dinners at an upscale Manhattan hotel or a similar type of venue. Moreover, these organizations, schools, and synagogues often sponsor other events throughout the year as well. So far, nothing we’ve said should shock or surprise anyone.

Just ask anyone who has attended any of these dinners or events and they will most likely tell you that these glamorous soirees are jam packed with the type of people that many desire to “rob elbows with” such as the cadre of established “glitterati” – the A-Listers, celebs of all stripes, high ranking dignitaries, celebrated political, cultural and religious leaders. Yes, having people like this grace us with their presence has only served to attract more attendees and that of course translates into more donations for said organization. What has come to our attention for many years now, and what remains an issue that has not been hitherto addressed is that of the proliferation of “fake Jewish media” representatives who strategically place themselves in the middle of the action at the aforementioned dinners and events.

Further explanation is warranted. It goes without saying that every Jewish organization seeks positive publicity, favorable ink and a public burnishing of their image. All of this is fair and to be expected. The metaphorical “thorn in the side” however is when folks out there who do not represent a legitimate media outlet and have absolutely no intention of providing coverage of any kind for the event or dinner that they have managed to slip their way into falsely craft an image of a legit reporter or journalist.

Why is this such a problem, you may ask? For a number of reasons. Firstly, these people are generally placed on a media list and because they are perceived to be providing a service, (free of charge to the said organization), these people are admitted to the dinner gratis. Just ask any dinner committee member who is directly involved in cobbling together an event of this magnitude and they will tell you how costly it is.

So, these “gate crashers” or press impersonators end up costing the organization that allows them in quite a pretty penny in free eats. We are sure that most organizations cannot afford the luxury of doing this.

Secondly, and perhaps even more importantly is the problem that naturally arises when these alleged press reps show up to these dinners with all the requisite equipment such as lap tops, professional still and video cameras and elaborate sound recording devices. They inevitably attempt to muscle their way to the stage, snapping pictures left and right, elbowing other people out of their way who are true and ACTUAL representatives of the media and thusly creating a false impression.

Speaking of being a purveyor of falsehood, these gate crashers have a routine habit of spewing forth untruths when they introduce themselves to the distinguished guests of honor, celebrities and other high-profile people – wasting their time with “interviews” that never materialize in either print, broadcast media or on social media platforms

Also, it should be noted that these 10-15 people or so are indeed an aberration to the rule, yet they still exist and their tentacles can be felt. The majority of the Jewish media who attend these events such as reps from the Jewish Press, the Jewish Week, the 5 Towns Jewish Times and the Jewish Voice are among such legitimate newspapers.

So, whether it be the thrill of attending an event of this kind without having to pay the entry fee or pretending one is a “big shot” media consultant or perhaps one has their own agenda of accruing important business contacts, the bottom line is allowing the “fake Jewish news” to be present at a dinner or other functions does a tremendous disservice to the organization and can result in a hidden and harmful agenda. Thorough vetting is in order!!

David Ben Hooren is the founder and publisher in chief of the Jewish Voice.