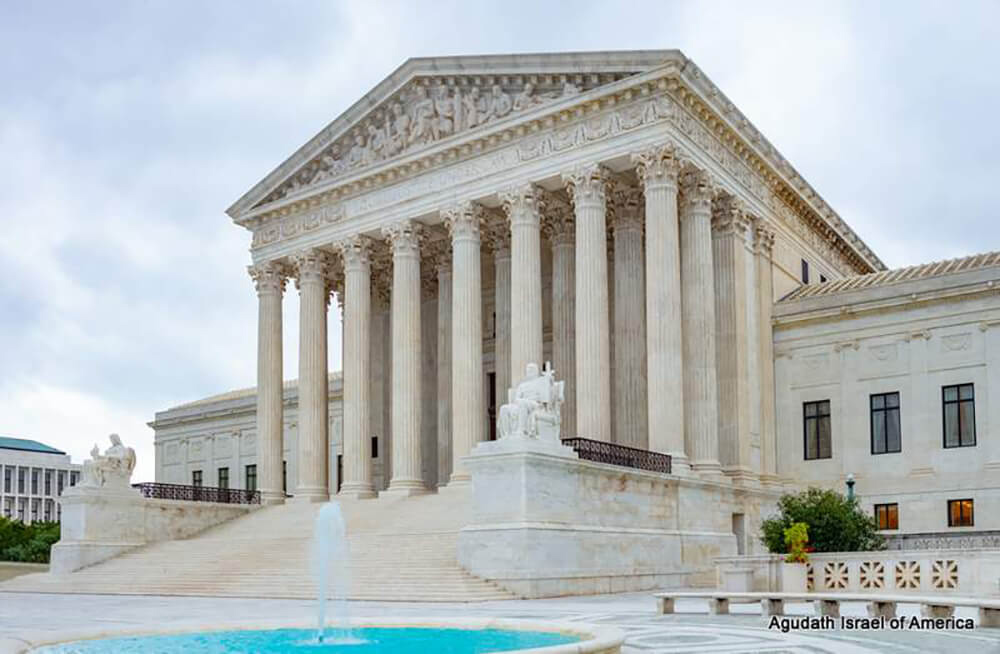 When Trinity Lutheran Church of Columbia, Missouri, decided that they wanted their playground resurfaced with car tire scraps, they probably didn’t think that Agudath Israel of America would end up invoking their experience in a brief filed before the Supreme Court.

Agudath Israel has filed an amicus curiae (friend of the court) brief in the Supreme Court of the United States in a case, Espinoza v. Montana Department of Revenue, involving a Montana tax credit program for donations to scholarship funds for students attending private schools. The Montana Department of Revenue ruled that the scholarship could not be used at religious schools, on the grounds that the state Constitution contained a provision that prohibited government aid, even indirect aid, to religious institutions. The Department’s decision was challenged in court, and, eventually, the Supreme Court of Montana upheld the position of the Department. Agudath Israel had submitted a brief in that case as well, arguing that under the Free Exercise Clause of the United States Constitution, states should not be allowed to exclude religious institutions from public benefit programs.

The Agudath Israel brief argues that there should be no constitutional distinction between a state denying funds from religious institutions for playground resurfacing and denying private school scholarship funding from students who choose to attend religious schools. If the Supreme Court agrees to hear the case and upholds the program, it would be a significant precedent, especially in states that have provisions in their constitutions that bar aid to religious institutions, and could pave the way for expanded programs of parental choice for the religious school community.

The brief was signed by Mordechai Biser, Special Counsel for Agudath Israel; Abba Cohen, Agudath Israel’s Vice President for Government Affairs; and Mark Kurzmann of Kurzmann Law Offices, as Counsel of Record. Agudath Israel thanks Scott Whitman, a law student at Georgetown Law Center, for his assistance with the research and drafting of the brief.