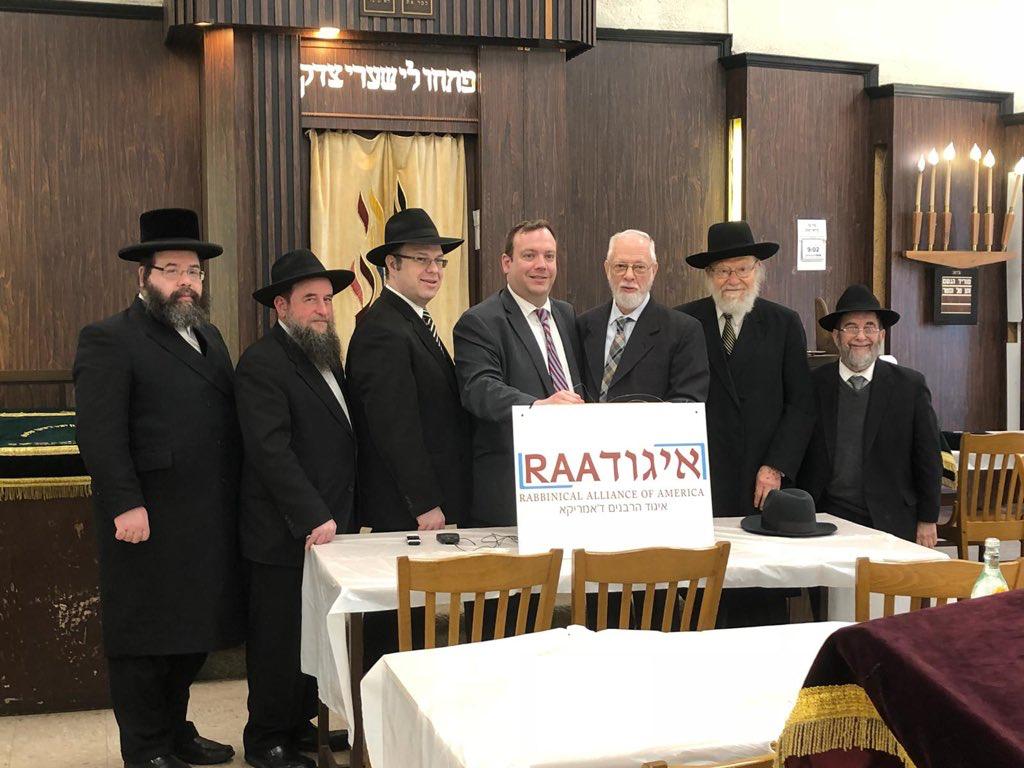 The Rosh Chodesh Nisan Conference and Seudah was sponsored by Rabbi Yaakov Klass, a presidium member of the Igud Harabbonim and Torah Editor of the Jewish Press and Rav of Kahal Bnei Matisayhu of Flatbush, and by his highly respected brother Mr. Arthur Klass , director of development of the Jewish Press.  The Conference and Seudah was sponsored  לעלוי נשמת their grandfather  ר’ שמחה בן ר’ צבי הירש הלוי קירשנער ז”ל Rabbi Simcha Kirschner’s 73rdyahrzeit will be observed on the 19th of Nisan. Rabbi Kirschner was a principled Yid from the old school. In those days in America it was not uncommon that if you did not work on Shabbos you would be fired.  Rabbi Kirschner got the pink slip weekly and went from job to job over his refusal to abandon Shimiras Shabbos.

Rabbi Klass dedicated his Shiur in memory and in honor of his Grandfather.

Rabbi Gil Student, director of the Halacha Commission of the Rabbinical Alliance of America/Igud Harabbonim opened the Conference and Seudah with the recitation of Tehilim.  Rabbi Student also gave an update on the igud’s retirement plan as well as the other benefits for being a member of the Igud.

Rabbi Moshe Y.  Weiner, the Rav HaMachshir of the Kashrus Alliance, Aleph K of the Igud Harabbonim, delivered a special Shiur on Hilchos Pesach covering all aspects of preparation for Pesach, practice for Pesach as well as post Pesach transition.

Rabbi Yosef Yitzchok Serebryanski gave a scholarly discourse on Hilchos Pesach which was immensely received and enjoyed by the Rabbis in attendance.

Rabbi Yehuda Blank, director of chaplaincy and external affairs of the Rabbinical Alliance of America/Igud Harrabonim gave a chaplaincy update and discussed some upcoming events including a collaborative event which is being planned with the National Council of Young Israel.