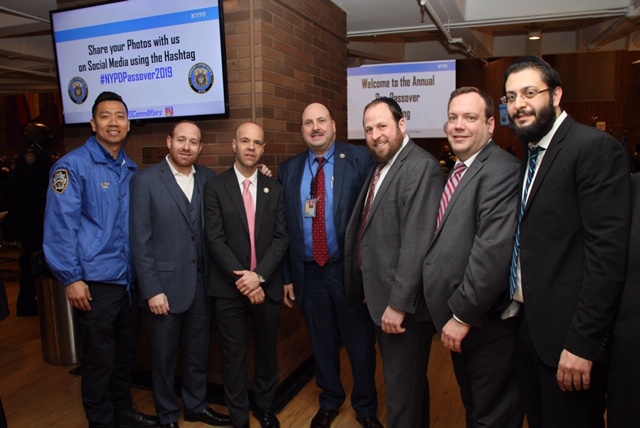 On Wednesday, April 3, 2019, the NYPD held its Annual Pre-Pesach Briefing at the auditorium of One Police Plaza. Among the speakers were Commissioner James P. O/Neill, and Ambassador Dani Dayan, Consul General State of Israel in New York.  Representing COJO of Staten Island was Rabbi Mendy Mirocznik, President and Mr. Ari Weiss, Chairman of the COJO Security Committee and Coordinator Staten Island Shomrim