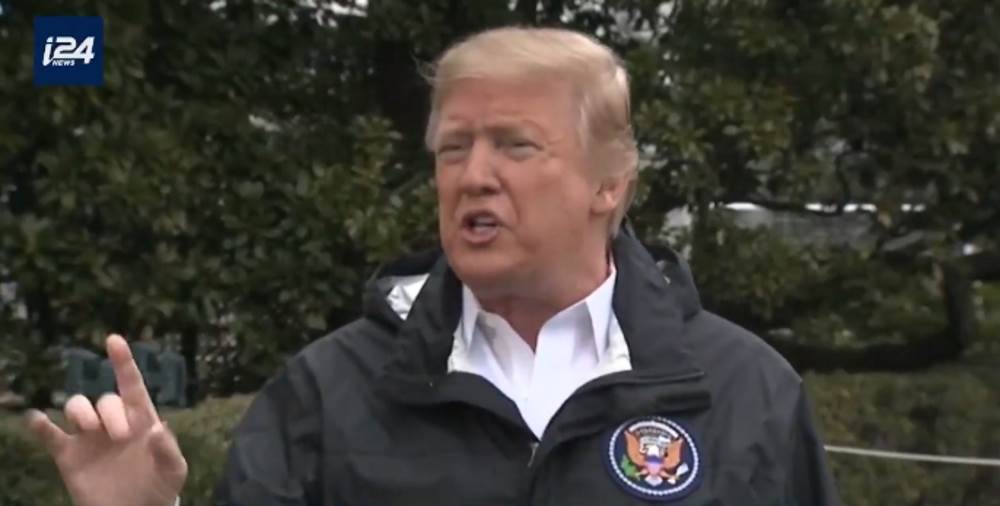 For the second time in as many months, the House of Representatives on Thursday condemned hateful speech of all forms, in an attempt by Democrats to end a controversy over one of their own members’ remarks deemed anti-Semitic by many.

The House approved the resolution by a vote of 402-23, with one Republican voting present. Although it did not mention by name freshman Rep. Ilhan Omar, a Democrat from Minnesota, the vote was intended as a rebuke for comments she made at a Washington, D.C. event last week, saying, “I want to talk about the political influence in this country that says it is okay to push for allegiance to a foreign country.”

Omar’s suggestion that Jewish or staunchly pro-Israel members of Congress have a dual loyalty to the United States and to Israel came on the heels of remarks she tweeted earlier this year regarding the influence of the American Israel Public Affairs Committee (AIPAC), a highly influential, pro-Israel lobby. Invoking a trope about Jews and money, Omar suggested that AIPAC members used generous contributions to influence lawmakers’ policy decisions on Israel.

During her campaign last year to become one of only two Muslim-American women elected to Congress, Omar also apologized for the anti-Semitic implications of some of her Tweets and remarks.

A resolution specifically condemning anti-Semitic speech in response to Omar’s Tweet regarding AIPAC and the influence of money in advancing pro-Israel policies in Congress passed the House last month.

Omar’s comments exposed deep divisions within the Democratic caucus in terms of religion, race and age that have frustrated House Speaker Nancy Pelosi’s efforts to move ahead with the Democrats’ political agenda. Her remarks have also highlighted a generational clash between more establishment Democratic leaders and new members such as Omar and Representatives Rashida Tlaib of Michigan and Alexandria Ocasio-Cortez of New York. Those newcomers have not hesitated to start spirited debates over everything from climate change to impeaching Donald Trump. Traditionally, freshman members of Congress are expected to keep a low profile their first months in office.

But in the age of instant news cycles generated by social media, Omar — a Somalian refugee — and others have gained an outsized importance in the political debate by speaking out.

I do not believe that she [Omar] understood the full weight of the words,” Pelosi told reporters Thursday. “I feel confident that her words were not based on any anti-Semitic attitude.”

Instead, Pelosi characterized Omar’s remarks as part of the process for a new member. “I understand how advocates come in with their enthusiasms,” she said. “But when you cross that threshold into Congress, your words weigh much more, than when you’re shouting at somebody outside.”

Critics have called for Omar’s removal from a high-profile assignment to the House Foreign Affairs Committee.

“Everybody is entitled to their own beliefs, but why would you have her on a committee that is sensitive to our foreign policy if she has those kinds of anti-Semitic beliefs unless you are willing to tolerate it?” House Minority Whip Steve Scalise told Fox News in an interview. “It shouldn’t be tolerated. She ought to be removed immediately from the Foreign Affairs Committee.”

Even the language in this latest resolution sparked fierce debate within the Democratic caucus, after Speaker Pelosi and other members of party leadership broadened the text to condemn all forms of hate speech, including Islamophobia and white supremacist remarks in addition to anti-Semitism.

In a passionate speech on the House floor Thursday morning, Rep. Ted Deutch, a Jewish Democrat from Florida, said “Anti-Semitism is worthy of being taken seriously on its own. It’s worthy of being singularly called out.”

Deutch also noted anti-Semitic tropes have been repeated by Republicans as well. Democrats have criticized President Trump for running a campaign ad showing images of billionaire Democratic contributor George Soros while invoking tropes of a globalist Jewish conspiracy and Tweeting an image of 2016 Democratic presidential candidate Hillary Clinton alongside what appeared to be a Jewish star and piles of money.

President Trump also drew widespread criticism in August 2017 when he said there was “blame on both sides” when a woman protester was killed during a white supremacist rally in Charlottesville, Virginia.

Trump criticized Democrats’ broad stance against hate speech, Tweeting Wednesday, “It is shameful that House Democrats won’t take a stronger stand against Anti-Semitism in their conference. Anti-Semitism has fueled atrocities throughout history and it’s inconceivable they will not act to condemn it!”

The party infighting over the language in the resolution overshadowed Democratic leadership’s attempt to showcase HR 1, the new majority’s signature legislation addressing voting rights, campaign finance reform and ethics. With the vote on the resolution Thursday, Democratic leadership looks to clear members from having to answer about the controversy and end the week on a high note with passage of that legislation. (VOA News)

Katherine Gypson is a reporter for VOA’s News Center in Washington, D.C.