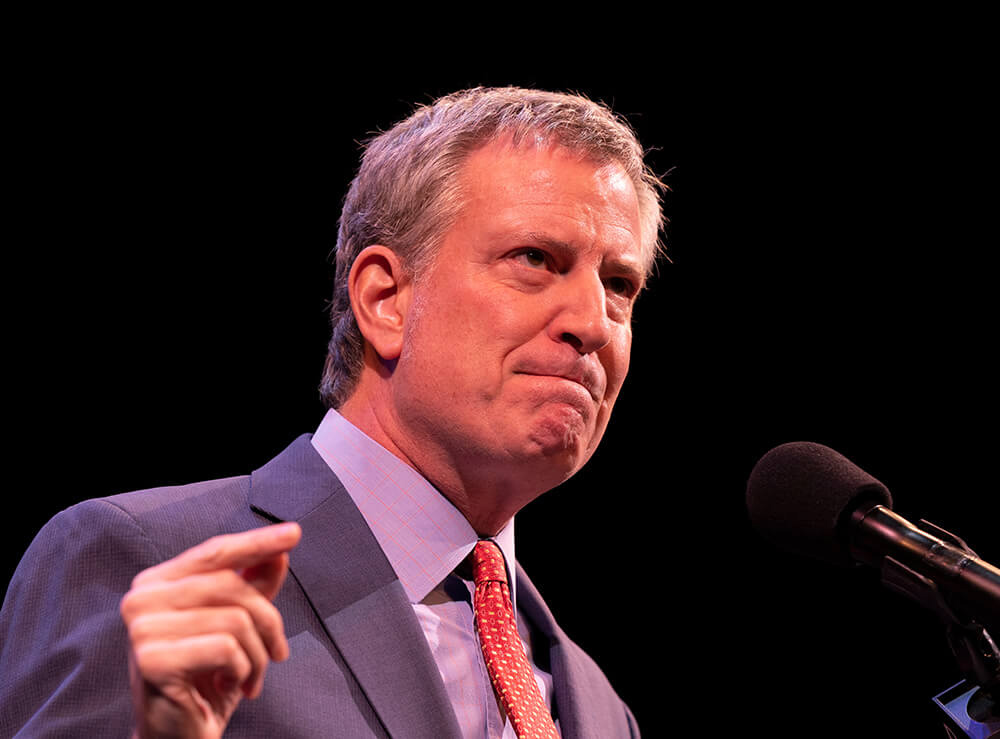 Mayor Bill de Blasio was one of many politicians to show his support for Israel during the AIPAC annual conference, and the mayor, who is considering a run for president himself, criticized other Democratic candidates for the “mistake” of not attending in order to boycott AIPAC and Israeli policies.

While the mayor’s message showed that he wanted his own party to show stronger support for Israel, he did have a partisan reason for wanting his party to fall in line, believing that President Donald Trump would take capitalize on Democratic candidates missing this major annual event.

“I think it’s a mistake,” de Blasio said about his Democratic counterparts who would not be in attendance this year, following a boycott organized by MoveOn.org, a group that supports Democratic policies. The group’s argument is that AIPAC has become too partisan and has fallen away from the original goal of focusing just on solid US-Israeli relations.

The top Democrats in the Senate and House both appeared at the conference, but there was a noticeable vacancy from the Democrats who announced their 2020 presidential candidacies, like Sen. Kirsten Gillibrand (D-N.Y.), who just made her formal announcement for president last Sunday in front of Trump International Hotel and Tower in Columbus Circle.

“Every candidate makes their own choice,” de Blasio said.

Despite only Sen. Chuck Schumer (D-N.Y.) and Speaker Nancy Pelosi (D-Calif.) being there as the high-profile Washington Democrats speaking on behalf of the party, de Blasio did what he could to try convincing attendees that his party and progressives in fact are big supporters of Israel and the Jewish people.

“Progressives fight oppression, progressives shelter those in danger, we embrace inclusion, we fight against exclusion,” de Blasio said. “And now, here are the facts, the Jewish people have faced thousands of years of exclusion and expulsion and violence.”

The mayor continued, while speaking to about 18,000 people, that “as a progressive, as a Democrat, as an American, I am here to say we must never, ever ask the Jewish people to defend their lives alone, we must all stand beside you,” he said.

Earlier in the conference, the mayor addressed some recent problems caused by anti-Semitic comments from Rep. Ilhan Omar (D-Minn.).

Rep. Steny Hoyer (D-Md.) talked about how he is “not Jewish, nor do I do represent a large Jewish constituency. But I have visited Israel fifteen times, and I have seen the courage of its people and their enduring spirit to make their country flourish.”

He said that without question, “I stand with Israel, proudly and unapologetically. So when someone accuses American supporters of dual loyalty, I say: accuse me.”

The House majority leader appeared to be taking a shot at Omar, who said in a recent interview that some American Jews may have dual loyalties, which taps into an anti-Semitic conspiracy theory.