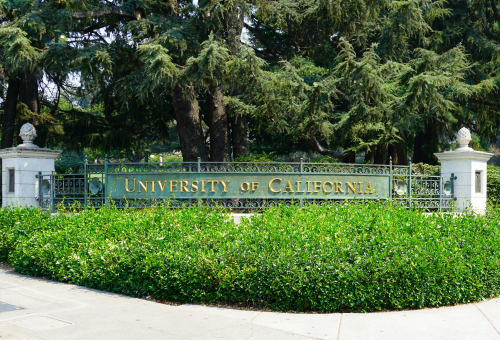 The Lawfare Project and Winston & Strawn LLP today reached a
landmark settlement in their lawsuits against the California State University (CSU) public
university system.
The settlement in Volk v. Board of Trustees comes ahead of this month’s scheduled trial for a
lawsuit brought by two Jewish students who allege that SFSU and the Board of Trustees of CSU
discriminated against them.
As part of the settlement, SFSU agreed to:
• Public statement: Issue a statement affirming that “it understands that, for many Jews,
Zionism is an important part of their identity;”
• Coordinator of Jewish Student life: “Hire a Coordinator of Jewish Student Life within
the Division of Equity & Community Inclusion,” and to dedicate suitable office space for
this position;
• External review of policies: “Retain an independent, external consultant to assess
SFSU’s procedures for enforcement of applicable CSU system-wide antidiscrimination
policies and student code of conduct;”
• Independent investigation of additional complaints: “SFSU will, for a period of 24
months assign all complaints of religious discrimination under either EO 1096 or EO
1097 to an independent, outside investigator for investigation;”
• Funding viewpoint diversity: “SFSU will allocate an additional $200,000 to support
educational outreach efforts to promote viewpoint diversity (including but not limited to
pro-Israel or Zionist viewpoints) and inclusion and equity on the basis of religious
identity (including but not limited to Jewish religious identity);”

• Campus mural: They will engage in the SFSU process to allocate “space on the SFSU
campus for a mural to be installed under the oversight of the Division of Equity &
Community Inclusion, paid for by the University, that will be designed by student groups
of differing viewpoints on the issues that are the subject of this litigation to be agreed by
the parties (including but not limited to Jewish, pro-Israel, and/or Zionist student groups,
should such student groups elect to participate in the process).”
“California State University’s public recognition that Zionism is an integral part of Jewish
identity represents a major victory for Jewish students at SFSU and across the country. Today we
have ensured that SFSU will put in place important protections for Jewish and Zionist students to
prevent continued discrimination. We are confident that this will change the campus climate for
the better,” said Brooke Goldstein, Executive Director of The Lawfare Project. “The Lawfare
Project was proud to play a role in securing justice for Jewish and Zionist students at SFSU. We
commend the student plaintiffs who showed the courage to stand up and advocate for their civil
rights.”
“We are incredibly happy with this result,” said Ross M. Kramer of Winston & Strawn LLP.
“Our clients’ goal was to bring about meaningful, lasting change at San Francisco State
University and throughout the California State University System, and to make sure that the
rights of all Jewish students are safeguarded now and into the future. That’s what this settlement
achieves.”
About The Lawfare Project: Headquartered in New York, The Lawfare Project, a 501(c)(3)
non-profit organization, is a legal think tank and litigation fund committed to protecting the civil
and human rights of Jewish communities around the world. To learn more, please visit
www.thelawfareproject.org.