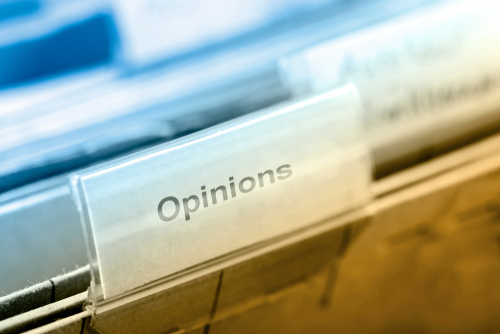 The National Council of Young Israel (NCYI) today blasted the “apology” tendered by Rep. Ilhan Omar following her anti-Semitic tropes, calling it “wholly inadequate and incredibly insincere.” The NCYI reiterated its call for House Democratic leaders to strip Rep. Omar of her committee assignments in the wake of her latest round of anti-Semitic rhetoric.

In a statement made yesterday on Twitter, Rep. Omar noted that, “My intention is never to offend my constituents or Jewish Americans as a whole. We have to always be willing to step back and think through criticism, just as I expect people to hear me when others attack me for my identity. This is why I unequivocally apologize.” She then went on to say, “At the same time, I reaffirm the problematic role of lobbyists in our politics, whether it be AIPAC, the NRA of the fossil fuel industry. It’s gone on long and we must be willing to address it.”

The NCYI also questioned the sincerity of Rep. Omar’s apology by noting that she is scheduled to speak later this month at a fundraising event for Islamic Relief USA to benefit Yemen together with Yousef Abdallah, who has a history of posting anti-Semitic views on social media. Middle East Forum uncovered Abdallah’s hate-filled posts, which include praising the killing of Jews, calling Jews “stinking,” and, like Ilhan Omar, making anti-Semitic references to Jewish money in politics.

Considering Rep. Omar’s ongoing support for the BDS movement, the NCYI noted that the international working definition of anti-Semitism, which was adopted by the International Holocaust Remembrance Alliance in 2016 and is utilized by the U.S. State Department, includes various anti-Israel activities, such as those employed by BDS activists in their quest to delegitimize the State of Israel.

The following is the National Council of Young Israel’s statement:

“The so-called ‘unequivocal’ apology proffered by Rep. Omar is wholly inadequate and incredibly insincere. Amidst a great deal of pressure and facing a growing backlash in the wake of her bigoted comments, Rep. Omar ostensibly sought to mollify her critics by making a statement that merely deflects the condemnation that she faced, without actually accepting the blame for her hurtful remarks. Her apology in no way addresses or negates her past anti-Semitic statements and enthusiastic support for the anti-Semitic BDS movement, and therefore falls far short of a genuine mea culpa. The fact that Rep. Omar’s comments were defended by white supremacist David Duke, a former leader of the Ku Klux Klan and former member of the American Nazi party, who, like Rep. Omar, also supports the BDS movement, speaks volumes about the heinous nature of her anti-Semitic pronouncements.

“By accepting Rep. Omar’s halfhearted ‘apology,’ which was devoid of any true remorse, and taking no further action against the Congresswoman, the House Democratic leaders’ reprimand for her remarks falls far short. While we appreciate their condemnation, we wholeheartedly believe that additional steps must be taken by the House Democratic leadership, and we therefore call upon them to strip Rep. Omar of her committee assignments and convey very strongly that there are serious consequences for encouraging, espousing, and endorsing anti-Semitism and bigotry of any kind. If no further action is taken is taken by the House Democratic leaders after Rep. Omar knowingly and willingly perpetuated anti-Semitic tropes, it would be tantamount to their condonation of her reprehensible racist remarks.”

In light of Rep. Ilhan Omar’s latest anti-Semitic comments, the NCYI also reiterated its call for the House Democratic leaders to immediately bring to a floor vote H.Res.72, a congressional resolution introduced by Rep. Lee Zeldin, a New York Republican, that rejects anti-Israel and anti-Semitic hatred in the United States and around the world.

For the past 106 years, the National Council of Young Israel has ably served the broader Jewish community. With more than 25,000 member families and approximately 135 branch synagogues throughout the United States, Canada, and Israel, the National Council of Young Israel is a multi-faceted organization that embraces Jewish communal needs and often takes a leading role in tackling the important issues that face the Jewish community in North America and Israel.