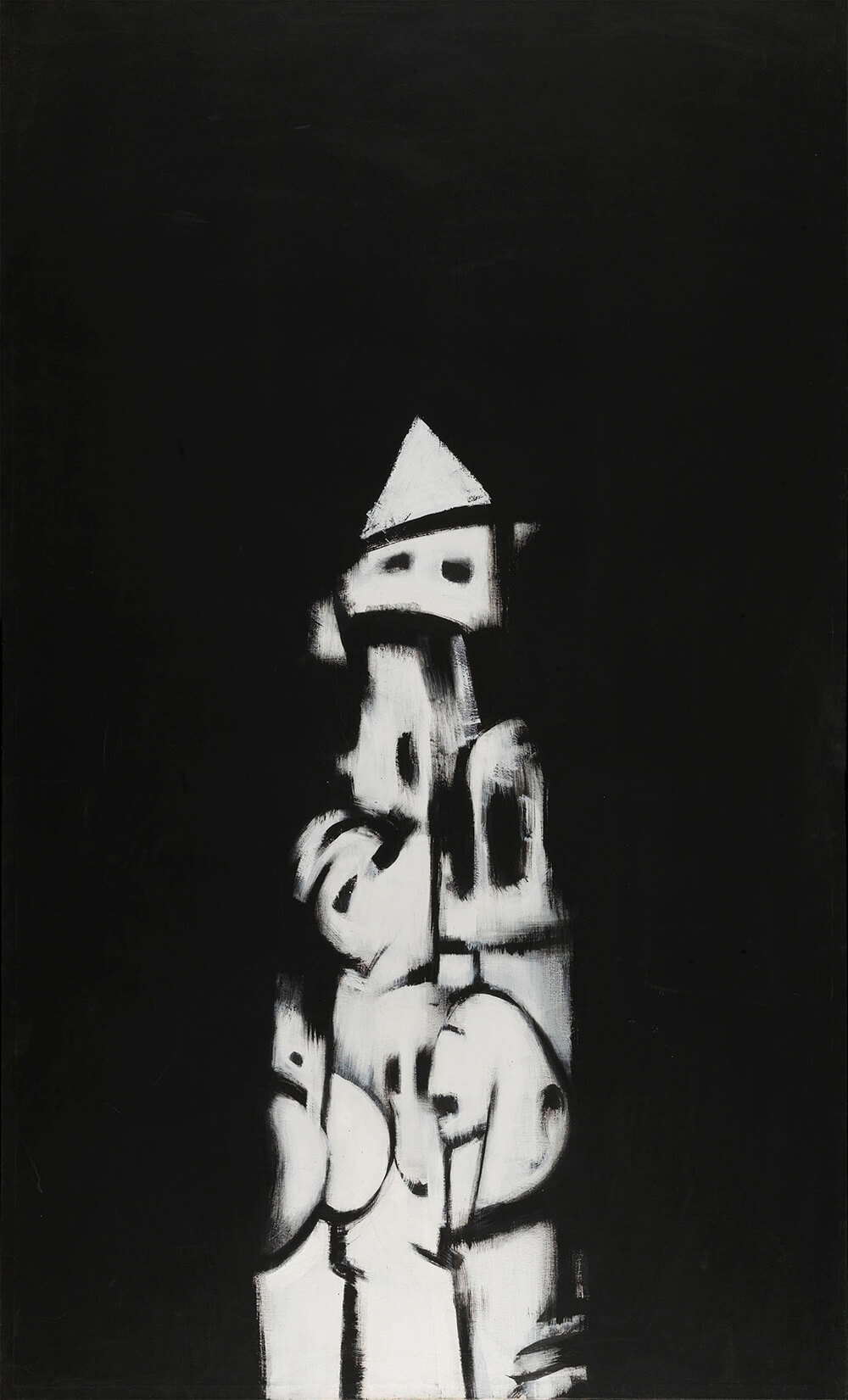 The Whitney Museum of American Art is pleased to announce that it has acquired Norman Lewis’s American Totem (1960), one of his most iconic paintings.

Lewis (1909-1979), who was born in Harlem, was a central but often under-appreciated figure in the Abstract Expressionist movement. One of the few African American artists associated with the New York School, he was the only black artist to participate in the 1950 closed-door sessions that Willem de Kooning and Franz Kline organized to define this burgeoning movement. Lewis also was a founding member of Spiral, a group that included Charles Alston, Emma Amos, Romare Bearden, and Hale Woodruff, among others. These artists were keenly concerned with how art might engage in questions of racial inequality and struggle, while remaining committed to discovering new formal and expressive possibilities in their work.

American Totem (1960) was made nearly a decade after Lewis’s first solo exhibition at the Willard Gallery in 1949, a period that earned him a reputation but neither the financial rewards nor exhibition opportunities of his peers. Transitioning from calligraphic forms that implied groups or processions, Lewis began a series of black-and-white paintings that explored the emotional and psychic impact of this turbulent historical moment in American history.

While the totem the painting evokes is the infamous hooded Klansman, the figure itself is composed of a multitude of forms resembling apparitions, skulls, and masks. The implication of Lewis’s work, painted at the height of the civil rights movement, is that terror is both representable and abstract, conscious and unconscious, visible and hidden.

“One of Lewis’s most important paintings,” said Adam D. Weinberg, Alice Pratt Brown Director of the Whitney, “this acquisition will allow the Whitney to more effectively portray the complex history of American art at mid-century. Lewis’s painting suggests the power of an object to accommodate both reflection and action. We are thrilled that this work has entered the Whitney’s collection, and it would not have been realized without the generous leadership gift from Laurie Tisch, our longtime trustee and former Co-Chairman of the Board.”

Scott Rothkopf, Senior Deputy Director and Nancy and Steve Crown Family Chief Curator, stated: “Although the Whitney first acquired Lewis’s work nearly thirty years ago, our curators have spent almost a decade assiduously searching for the perfect painting to honor his extraordinary achievement within the context of our collection. We are excited to unveil American Totem to our audiences this summer.”