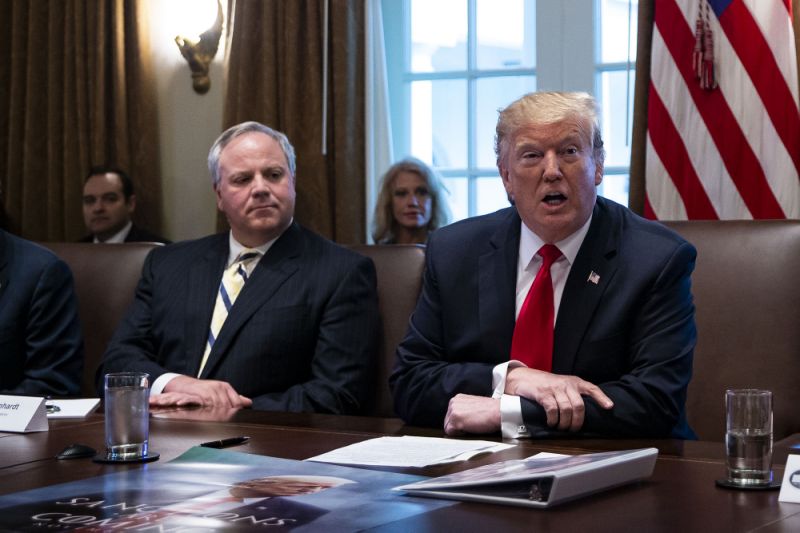 President Donald Trump announced on Monday that he has picked former energy lobbyist David Bernhardt to be the Interior Department’s next secretary.

“David has done a fantastic job from the day he arrived, and we look forward to having his nomination officially confirmed!” he added.

Bernhardt, whose past clients include oil companies and others with business before the Interior Department, will lead an agency that oversees about 500 million acres as well as the energy production on that land, according to The Hill.

He became the agency’s deputy secretary in 2017 and has led the department on an interim basis since former Secretary Ryan Zinke resigned amid ethics scandals in January. In the weeks since Zinke’s departure, Bernhardt has risen to the top of the list as the most likely candidate Trump would choose for the post.

Trump will have to send Bernhardt’s nomination to the Senate, where a majority of senators will be needed to approve him.

“It’s a humbling privilege to be nominated to lead a department whose mission I love, to accomplish the balanced, common sense vision of our President,” Bernhardt said in a statement Monday.

As deputy secretary, Bernhardt, a Colorado native, worked hand in hand with Zinke on his oil and gas leasing agenda and took the lead on many others, including the administration’s push to drill in Alaska’s Arctic National Wildlife Refuge and the rollback of a number of Endangered Species Act regulations.

Bernhardt has worked at Interior in various capacities, including solicitor during the George W. Bush administration.

Under ethics standards, he has recused himself from matters involving so many former clients that he carries a card with him listing the recusals. (INN)