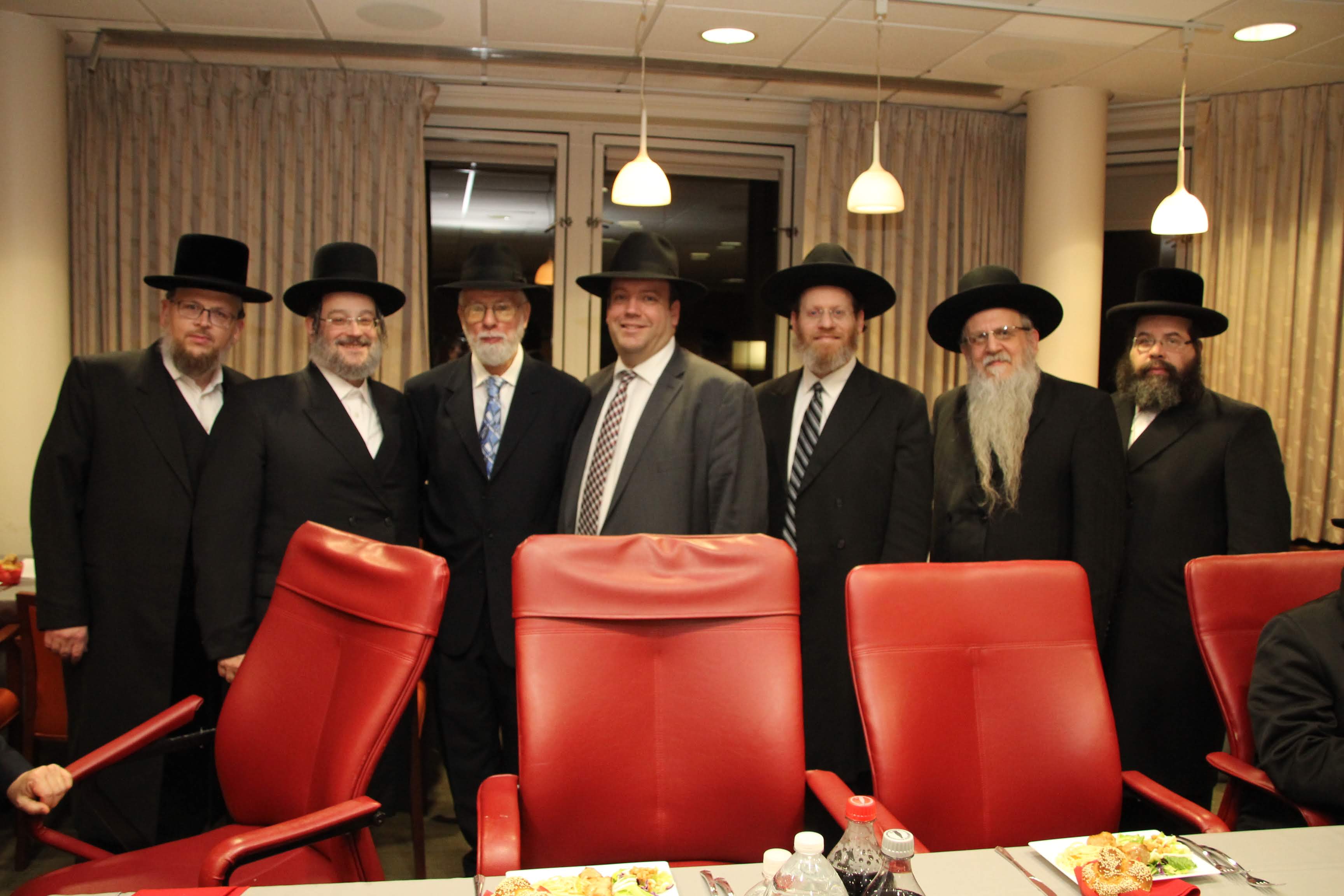 On Tuesday, February 5, 2019, Shevat 30, 5779, Rosh Chodesh Adar Aleph, the Rabbinical Alliance of America/Igud HaRabbonim held its Rosh Chodesh Adar Aleph seudah and conference in memory of HaRav Gershon Tannenbaum, ZT”L, the highly respected and esteemed Director and Menahel of the RAA/Igud for many years.

Assemblyman Dov Hikind, a close friend of Rabbi Tannenbaum, ZT”L, gave the keynote address illustrating a few of the great accomplishments of Rabbi Tannenbaum, ZT’L. Assemblyman Hikind continued, reviewing the scourge of anti-Semitism in the United States and sadly bemoaning the reality that a few members of the United States House of Representatives, as well as the leader of Labor Party in England, are not embarrassed to be anti-Semites. Assemblyman Hikind thanked the Igud HaRabbonim for inviting him to speak at Rabbi Tannenbaum’s Yahrzeit observance and said that he looks forward to continuing his near 40-year collaboration with the Igud HaRabbonim in advocating for Klal Yisroel.

Rabbi Yehuda Leonard Blank, Rabbi Simcha Silverman and Rabbi Gil Student, Director of the Halacha Commission of the RAA/Igud, announced the establishment of the RAA/Igud’s Chaplaincy Commission in memory of Rabbi Tannenbaum, ZT”l.