‘Terrorists in Suits’: Over 100 Links Revealed Between Them & BDS Groups - The Jewish Voice

‘Terrorists in Suits’: Over 100 Links Revealed Between Them & BDS Groups 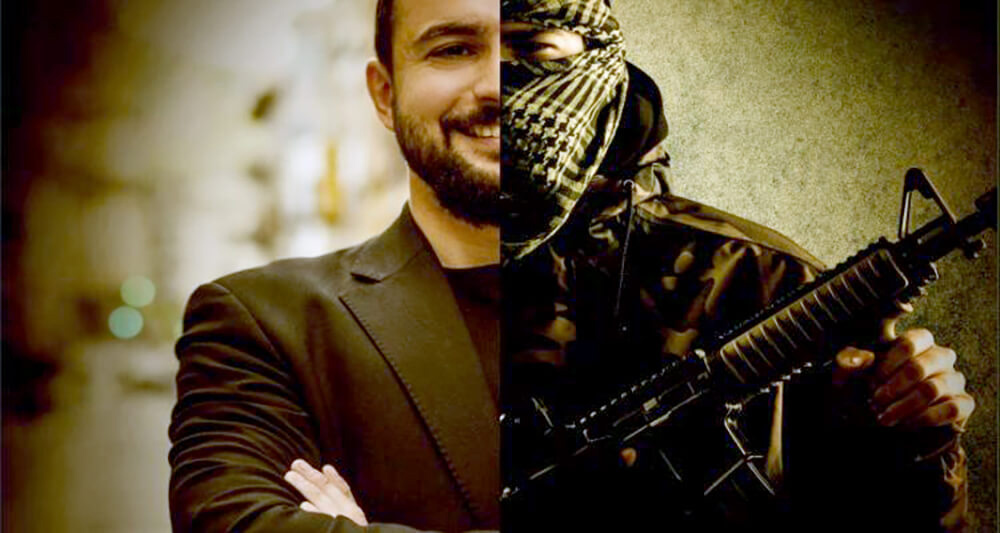 The Ministry of Strategic Affairs revealed over 100 links between terror groups and BDS-promoting NGOs, including the employment of 30 current and “retired” terror operatives.

The Ministry of Strategic Affairs and Public Diplomacy (MSA) released its “Terrorists in Suits” report on Sunday, revealing over 100 links shared between the internationally-designated terrorist organizations Hamas and the Popular Front for the Liberation of Palestine (PFLP) with at least 13 anti-Israel BDS promoting NGOs.

Elaborating on a previous report, the ministry reveals how Hamas and the PFLP are utilizing a network of NGOs promoting boycotts against Israel as an additional tactic in their ultimate goal of dismantling the State of Israel. These organizations have successfully placed over 30 of their members, 20 of which have served time, including for murder, in senior positions within BDS-promoting NGOs.

The report documents how boycott organizations and terrorist designated organizations raise finances together, share the same personnel, and showcases that contrary to popular belief, these officials have not abandoned their support for terrorism, but instead, continue to maintain organizational, financial, and active ties with terrorist groups.

The Israel-boycott organizations in question were also shown to have received millions of euros in funding from European countries and philanthropic foundations, while gaining access to additional funds through financial, crowdfunding and banking systems.

Examples of terrorists working in support of organizations that promote the boycotting of Israel include Leila Khaled and Mustafa Awad.

Khaled became infamous for hijacking two civilian airliners, Flights TWA 840 and El Al 219, and to this day remains active in the internationally-designated terrorist group the PFLP. She has fundraised for, and promoted, anti-Israel boycott NGOs both in Europe and South Africa. In 2011 she was found to have taken coordinated actions for a terrorist cell planning on attacking sites in Jerusalem. Furthermore, in October 2018 Khaled was quoted in an interview saying, “Palestine will be liberated through resistance in all its forms, first and foremost through armed struggle.”

Awad, is currently serving time for his involvement in several terrorist organizations, including serving as a member of the PFLP and received training from Iranian terrorist group Hezbollah. He also represented Samidoun in Brussels, an organization known for promoting boycotts against the State of Israel and advocating for the release of Palestinian security-prisoners in Israeli jails, including those convicted of murdering civilians in terrorist PFLP attacks.

Another instance includes the BDS National Committee (BNC), the Ramallah-based leadership of the global Boycott movement toward Israel, consists of 28 Palestinian boycott groups. The lead member of this coalition is the Palestinian National and Islamic Forces (PNIF), which includes five internationally-designated terrorist organizations including Hamas, the Popular Front for the Liberation of Palestine and Palestinian Islamic Jihad. The American fundraising platform Donorbox recently suspended the BNC’s account after finding the group did indeed maintain ties to terrorist groups.

Over the past year, and following MSA activities to expose NGO terror ties, several European countries have announced the reexamination and decrease in funding granted to organizations which promote boycotts against the State of Israel.

The report also showed how members of terrorist organizations operate under the guise of “boycott activists” to gain access, and meet with, senior Western government officials and exert pressure to release convicted terrorists held in Israeli prisons.

Removing the ‘mask’ of the NGOs

The new report aims to decidedly remove the “mask” of NGOs promoting BDS by exposing in an in-depth study the true nature of this scheme, the ministry said.