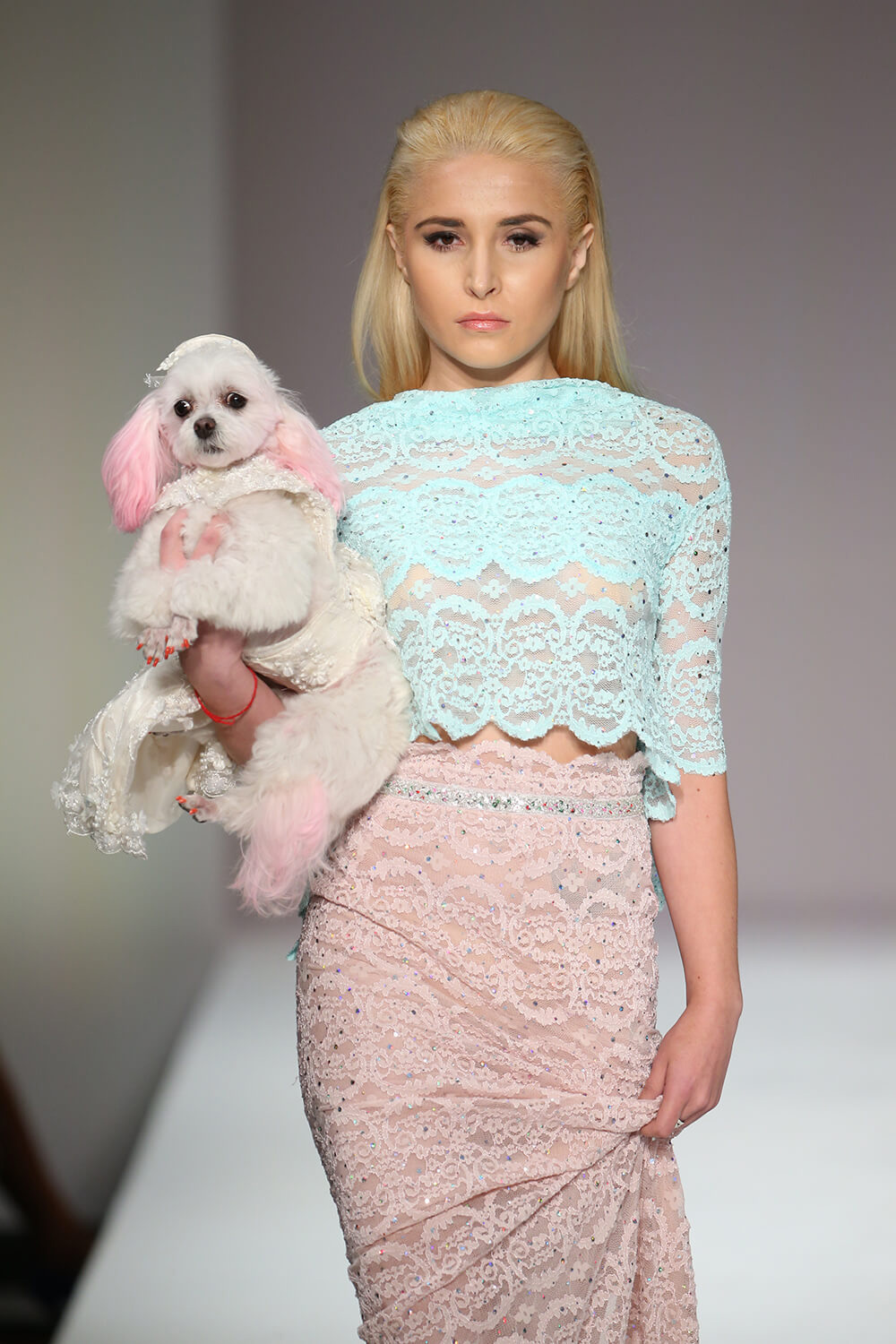 On Thursday February 7, the New York Pet Fashion Show will begin. It is the largest pet fashion show and pet rescue event in the country. Pampered pets will strut their stuff on the red carpet. Pet models from all around the U.S. will attend New York Fashion Week’s animal-centric events, which is opened annually with the Pet Fashion Show at the Hotel Pennsylvania in Midtown Manhattan. The event also kicks off the Westminster Kennel Club Dog Show. The week of pet fashion is culminated with canine couturier Anthony Rubio’s presentation on February 10th.

The NY Pet Fashion show charges $50 for general admissions, which includes VIP gift bag, complimentary food, music, and of course the four runway shows. A portion of the event’s proceeds are donated to the Mayor’s Alliance for NYC’s Animals. A best in show award is given to the best costume, and the Golden Paw Awards will also be presented. The event is co-chaired by publisher and public relations professional Gregg Oehler, and by pet fashion designer Ada Nieves.

As reported by the NY Post, seasoned models at the fashion show will include Rita, a 4-year-old pooch, who has in the past donned a gown for Vogue Italia, pushed bow ties in Tatler magazine, and been on the CBS show “Elementary”. The Boston Terrier’s owner, Patrice Mistretta, says the pup has been modeling for four years now. The handler says Rita has an extensive beauty regimen, which includes weekly manicures, eucalyptus oils and goat’s milk, mushroom elixirs as well as high-quality kibble. Rita also owns roughly 200 outfits. “She’s very pampered,” says Mistretta, who is 46 and lives in East Northport, LI. “I’m the stage mom,” says Mistretta. “It’s like ‘Toddlers and Tiaras.’ ”

Another red carpet beauty is a 10-year-old cat from the Upper West side, Mrs. Parberry. The formerly rescued cat has turned into a “spokespurrrson” for New York City’s Animal Care Centers. The green-eyed feline has over 100 custom designed costumes, made by artists who work on shows for Broadway and the Metropolitan Opera, as well as by pet designers like Ada Nieves. Mrs. Parberry’s human, Valerie Volinski, 59, says the cat requires up to three fittings for each of her couture outfits, and that the kitten is currently on a diet after having gained weight.

Other contenders include Portia and Rosie, Yorkshire terriers age 12 and 13. Their human, Gramercy resident Grace Forster, says the pups get weekly blowouts, and “they’ve overtaken the closets [in our home].” “We do four runway shows a year … and a big charity event at least one time a month,” Forster told the Post.