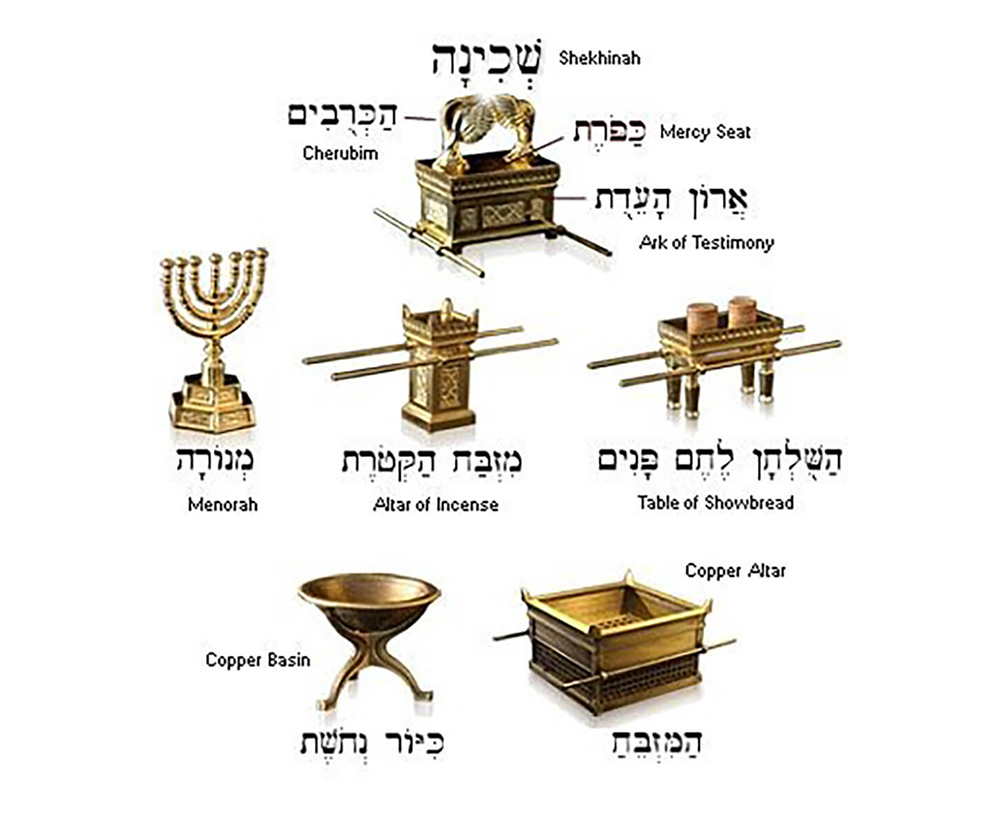 The pasuk [verse] says, “And every man whose heart inspired him came, and everyone who was of generous spirit brought his offering to the tent of meeting” [Shmos 35:21]. After Moshe called the people together and urged them to donate to the Tabernacle, the people started bringing the material. “And the men came upon the women (al haNashim)” [35:22]. Rash”i interprets this unique syntax to mean that the men came WITH the women.

The Da’as Zekeinim m’Baale HaTosfos, however, provides a different interpretation. The pasukim [verses] reveal that the donated items were various types of women’s jewelry. The Da’as Zekeinim comments “and nevertheless the women participated and were meticulous to contribute in the Service of Heaven”. The pasuk is teaching us that the men took the women to donate the gold from their jewelry to the Mishkan, thinking that the women would be reluctant to do so. However, in actuality, the women gave willingly. Therefore, the Da’as Zekeinim adds, the women were given a reward that they were excluded from having to do work on Rosh Chodesh. This is a custom cited in Shulchan Aruch, that women do not do work on Rosh Chodesh [The new moon (beginning of a new lunar month)] [Orach Chaim 417:1]. At what point in time did the women receive this holiday? They received this holiday at the time of the building of the Mishkan, when they distinguished themselves through their willing donation of their jewelry to the Service of G-d.

The Da’as Zekeinim explains further that during the incident of the Golden Calf, the men took their wives’ jewelry by force. The women had refused to contribute to the Golden Calf. In contrast, by the building of the Mishkan, the women _wanted_ to donate their jewelry. According to the Medrash, the contrast is even starker. The Medrash records that in relation to the Mishkan, there were in fact many men who were reluctant to give their money, while the women were universally enthusiastic.

What is the significance of Rosh Chodesh that it was seen as a fitting holiday to give to the women?

I saw a beautiful interpretation in the sefer [book] Shemen Hatov by Rabbi Dov Weinberger, which answers this question. Later in the parsha, the pasuk says, “And he made the Kiyyor of copper and its base of copper from the mirrors of the legions [women] who massed by the entrance of the Tent of Meeting [Shmos 38:8]. There is a beautiful Rash”i here that elaborates: The women of Israel had used these mirrors when beautifying themselves. Moshe initially rejected these mirrors for use in the Mishkan, arguing that they were a tool of the Yetzer Hara (evil inclination). G-d overruled Moshe and ordered him to accept them. “These are more precious to Me than anything else”.

Rash”i explains why these mirrors were so precious to G-d. When the Jews were enslaved in Egypt, the men gave up hope. They did not want to live with their wives. They did not want to have children. The thought of fathering children who would be born into and live and die in slavery was overwhelmingly depressing. As the Medrash in Shir HaShirim describes, the women went out into the fields and beautified themselves in front of their mirrors and convinced and persuaded their husbands to live with them and to have children. Those mirrors represented Klal Yisroel. Had it not been for those mirrors and that makeup and the beautification efforts of those women, there would not have been a Jewish nation. Consequently, G-d insisted that those precious mirrors did in fact belong in the Mishkan.

We see that those women exhibited the attribute of faith in redemption. When all seemed bleak and full of despair, when no future seemed to exist, when there appeared to be no purpose in having children, the women retained a hope in the future. The women kept the dream of rebirth alive. When the men were feeling down and were ready to give up, it was the women who insisted “We must go on.” When the time to build the Mishkan arrived (according to many Rishonim this was after the sin of the Golden Calf), the men said, “We don’t want a Mishkan”. The Mishkan represented a great descent from spiritual heights for the Jewish people. Had there not been a sin of the Golden Calf, there would have been no need for a Mishkan. The Shechinah [Divine Presence of G-d] would have permeated the entire camp. There would have been no divisions — such as “The Camp of the Divine Presence”, “The Camp of the Levites”, “The Camp of the Israelites” — within the Jewish people. The entire camp would have been a “Camp of the Divine Presence”. We would have been on such a high spiritual level that G-d would not have had to confine himself to a single Mishkan [Tabernacle].

But after the sin of the Golden Calf, G-d said that He could no longer dwell among the entire camp. He needed a special place — the Mishkan. Consequently, to the men, the Mishkan represented, not a spiritual height, but spiritual compromise and descent. The men lost their enthusiasm for contributing to the Mishkan. They were reluctant to donate their gold and silver.

This spirit, our Sages say, is most appropriately rewarded through the festival of Rosh Chodesh. Rosh Chodesh represents rebirth, renaissance, and renewal. “This month for you is the beginning of all months…” [Shmos 12:2]. In a homiletic sense, the word haChodesh (this month) is related to haChidush (this renewal). The moon drifts further and further away from the sun, becoming smaller and smaller, until we think it has disappeared. And yet it comes back, renewed and refreshed. Our righteous women symbolize this power of renewal in the Jewish people. Therefore it was only right that the women be given Rosh Chodesh as their own private holiday.