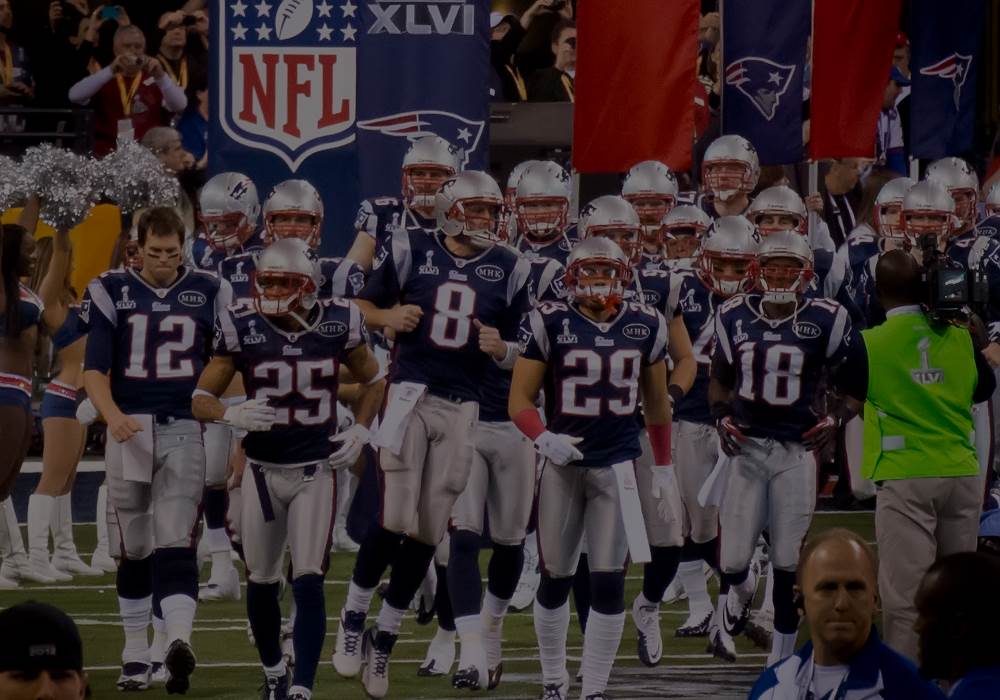 The Super Bowl is one of the most-watched television events each year, as many Americans host or attend parties to watch the game.

For Patriots quarterback Tom Brady, the victory was his sixth in a Super Bowl, extending a record he already owned.

The 41-year-old star has struck down talk that he might retire after having now played in his 19th NFL season, saying during the postgame trophy ceremony, “How could this not motivate you?”

Both teams struggled to score throughout the game, with the Patriots holding a 3-0 lead at halftime and scoring the game’s only touchdown with seven minutes remaining in the final quarter.

“He deserves it,” Brady said. “That was one of the best games he ever played.”

Edelman, 32, is one of only a few Jewish players in the league and is certainly the most successful. He is also the most outwardly Jewish NFL player, embracing that side of his identity over time, according to a TOI report. He has a Jewish father but was not raised in the religion, and through the Patriots front office often would defer on questions about his religion.

The Times of Israel report added that, “In a 2014 game, for instance, Edelman wore a pin featuring the Israeli flag. He has tweeted about Jewish holidays. He even went on a Birthright-style trip to Israel, and has written a children’s book that references modern-day Zionism founder Theodor Herzl. After the Pittsburgh synagogue shooting in the fall that killed 11, he wore special cleats with Hebrew on them to honor the victims.”

Robert Kraft, he owner of the New England Patriots is also Jewish and is a visible supporter of Israel.

Israeli Ambassador to the United States Ron Dermer tweeted after the game, “Congratulations to @Patriots and the Jewish people’s Mega-mensch Robert Kraft for winning his 6th Super Bowl trophy and to Julian Edelman, a gridiron Maccabee, for winning the MVP trophy.”

The Times of Israel has reported that over recent decades the Kraft family has donated more than $100 million to an array of causes, including health care, education, the Jewish community, Christian organizations and local needs.

Yet another Jewish personality in this year’s Super Bowl story is Arthur Blank, who is the owner of the $1.6 billion Mercedes-Benz Stadium in Atlanta where the SuperBowl was held.

Blank purchased the Atlanta Falcons in 2001 for $545 million. Since then, Blank has led the Falcons to nine seasons with winning records and one Super Bowl appearance. The Falcons have been to the playoffs eight times during that span.

The team has generally had successful drafts under Blank’s leadership, with franchise players such as QB Matt Ryan and wide receiver Julio Jones being the top names selected.

Even the halftime show had a Jewish presence as well.  Adam Levine, a singer with the band Maroon 5 belted out some tunes to a worldwide audience during the spectacular halftime festivities.

The singer took to Instagram, where he wrote a long missive alongside an image of the “One Love” light display featured during their performance.

He added, ” We thank the universe for this historic opportunity to play on the world’s biggest stage. We thank our fans for making our dreams possible. And we thank our critics for always pushing us to do better. One Love.”

The move was seen by some as showing a lack of support for former San Francisco 49ers quarterback Colin Kaepernick — who is currently suing the NFL, claiming team owners conspired to keep him out of the league for protesting police brutality against people of color.

Amid the flak, the “Midnight Train to Georgia” diva defended her anthem appearance in a statement, saying, “I understand that Mr. Kaepernick is protesting two things, and they are police violence and injustice. It is unfortunate that our national anthem has been dragged into this debate, when the distinctive senses of the national anthem and fighting for justice should each stand alone.”

For many, the commercials shown during breaks in the action are a bigger draw than the game itself. Many companies roll out new television ads created especially for the big game, and they pay big money to get those ads in front of viewers. This year a 30-second advertising spot cost more than $5 million, according to AdWeek.

The halftime show is also another big draw for many people. This year the NFL had some difficulty finding big-name performers for the show. Several performers, including Jay-Z, Cardi B and Rihanna, spurned the league’s offer to appear at the event as a show of solidarity with Colin Kaepernick.  Kaepernick is a black player who accused the NFL of conspiring to keep teams from signing him over his protests of racism and police brutality during the national anthem played before games.

Rappers Travis Scott and Big Boi, as well as the pop group Maroon 5, eventually signed on to perform, but Scott and Maroon 5 agreed to appear only after the league agreed to make contributions to various charities.