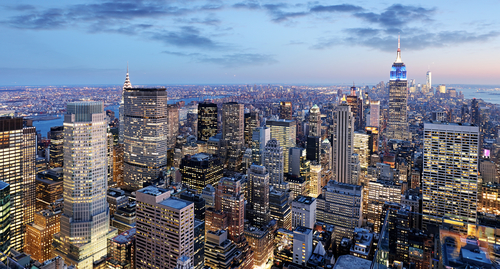 A just-released research report from Douglas Elliman indicates that Manhattan condo and co-op sales saw their fourth sales decline in half a decade.

The firm, which tracks residential market trends, said annual sales of condominiums and co-ops had the largest year-over-year decline since the financial crisis.

“Year-to-date metrics for the Manhattan market were down in 2018, with the average sale price at $1.97 million, the average price per square foot at $1,658 and the number of sales at 10,229,” reported Crain’s New York Business. “Inventory was up 11.8% from the same time last year, however all the gains occurred in the resale market. By contrast, new developments fell 10.6%, with developers pulling apartments out of active inventory.”

The report also “paints a picture of a market slowdown across the board in Manhattan in 2018,” notes The Real Deal. “Though big sales at ultraluxury buildings like 520 Park Avenue, 432 Park and 220 Central Park South have dominated the headlines, Elliman’s new report found that price trend indicators all declined year-over-year in 2018, as the legacy contracts inked when the market was booming finally closed.”

The health and direction of the Manhattan real estate market is always a hot topic around the world. According to the web site mashvisor.com, “Numerous reports state that New York City’s pricey housing market is seeing a major shift to a buyer’s market. Warburg Realty’s Q3 2018 Market Report, which surveys real estate conditions around the city, shows data that reflects definitive cooling in NYC. Figures from the report show that the number of homes for sale has risen sharply, yet recorded sales throughout the city actually fell.

In other words, while more New Yorkers decided to sell their properties, fewer transactions have taken place than in past years. Warburg’s report also shows a greater difference between asking prices and selling prices in the New York City real estate market. “Offers 20% and 25% below asking prices began to flow in, a phenomenon last seen in 2009,” said Warburg Realty’s Founder and CEO Frederick W. Peters. Moreover, another indicator that the city has shifted to a buyer’s market is the increase in the number of properties staying on the market for longer.”