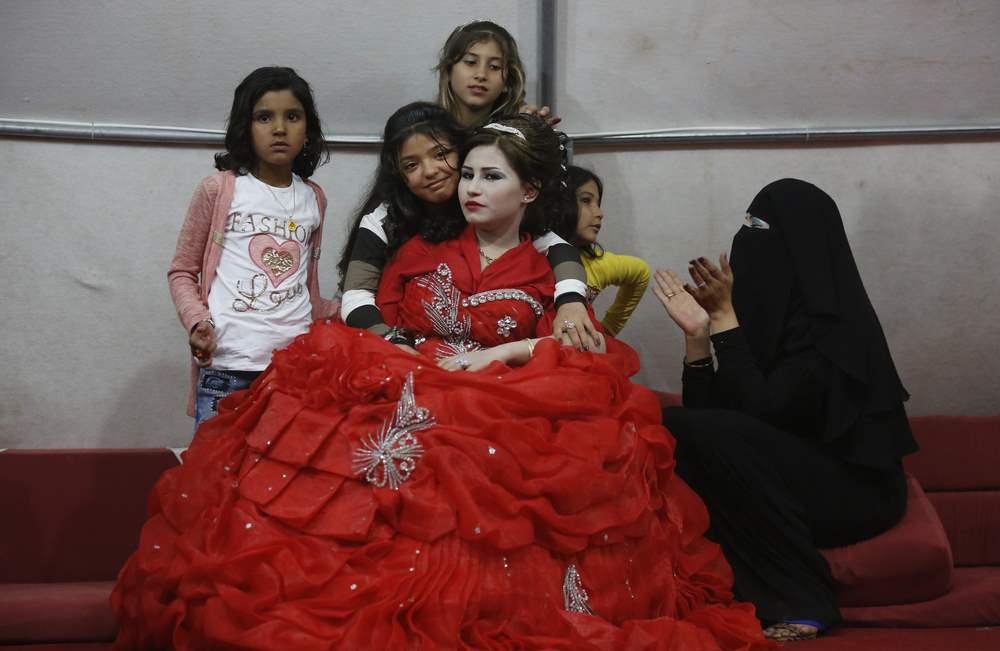 If you abandon your country and join a terrorist organization like the Islamic State, you will never be allowed back in the country. A few women who left America to become brides in the Islamic State want to return, but the Trump administration refuses to allow so-called I.S.I.L brides back into the country. While the president and his secretary of state remain determined to stick to this stance, a father for one of the women is taking the government to court in an attempt to get his I.S.I.L. bride daughter back to Alabama, according to the New York Post. If you betray America, you will either never be allowed back in or will never be allowed back out of an American prison cell.

Hoda Muthana, the banished bride, has to pin her hopes on the lawsuit her father, Ahmed Ali Muthana, filed in a Washington federal court last Friday, according to the New York Post. The argument seems to rest on the fact that Hoda was born in America and would therefore still be privileged to her citizenship that she would automatically receive after being born on American soil because of her 14th Amendment rights. She also has a little boy with her, and they both live in a Syrian refugee camp at the moment. All of the high hopes and promises I.S.I.L. made through its propaganda started to wear off on Hoda as the terrible reality of the situation set in, which is why she eventually made her escape from the death cult.

Ahmed could prevail in court and help open the country back up to his daughter, but in that case, she could be immediately detained at the airport and charged with providing material support to terrorism, according to lawyers representing the Muthana family.

“Ms. Muthana has publicly acknowledged her actions and accepted full responsibility for those actions,” her lawyers said. “In Ms. Muthana’s words, she recognizes that she has ‘ruined’ her own life, but she does not want to ruin the life of her young child.” Hoda left Hoover, Ala., in 2014 around the age of 20 so that she could join the Islamic State, where she went on to marry three men.

The statement made by the lawyers wasn’t received well by people who were personally affected by I.S.I.L. James Foley was beheaded by jihadists in the Islamic State, and his mother seems to be more on the side of letting her back in the country so that she could be “brought to justice,” for supporting an organization that killed her photojournalist son, she said during an appearance on Fox News. She adds that justice is something she feels “is vital.”

Foley’s mom, Diana, does hope that things can work out for the best at the end of the day and that Muthana could spend the rest of her life trying to redeem herself. The New York Post reports that just weeks before fleeing the Islamic State, she was helping the radical group by trying to incite violence to anyone on Twitter who saw her posts recommending that people use parades as opportunities for mass murder.

“Certainly as a Christian we all make mistakes and need to consider forgiveness, particularly for her young child who need to be protected and raised,” Diana said on Fox News.

Hoda has some familiar company while she awaits her lawsuit filed by her father and on her behalf. Kimberly Gwen Polman, a 46 year old, is at the same refugee camp in Syria as Hoda, and she too wants to come home as she seriously questions her decision to betray her country and join a death cult. “I don’t have words for how much regret I have,” she said to the New York Times, speaking from Syria. Her situation is a little different because she also has citizenship in Canada, potentially giving her an extra way back into the Western world and North America.

Polman grew up as a reformed Mennonite in Ontario, Canada and somehow made her way from living life like a more modern-day Amish person to joining the Islamic State. The New York Times reports that she went to a Muslim college and later converted to Islam.

Polman’s sister, who would not disclose her name, said that her sister misled her by saying she was just visiting Austria for a couple of weeks. “She gave me a hug goodbye and said we’d have tea when she got back.”

Polman did not go to Austria but instead went to the Islamic State, where she chased after the glory she saw in the propaganda I.S.I.L. puts out into the world, but instead, she was greeted with interrogations and rape.

“They took me down the hallway, and it was really dark,” she said. “There were metal doors, heavy ones, and I slipped, I remember, and they kicked me.”

Polman and Muthana not only found each other but eventually developed a friendship that they’ve used for survival. “It’s hard to change your mind-set when you have lost everything and sacrificed everything,” Polman said to the New York Times. “Even if you feel a tug that tells you something’s not right here, this isn’t O.K., and that there’s too many holes here, something’s wrong, I think it’s very, very difficult when you feel like you have burned bridges, to know how to shift.”

They got themselves back on America’s radar when they gave themselves up to people who were fighting the Islamic State, and they tried getting help from the Red Cross.

Both women understand why people in America would be unforgiving and unconvinced by the women’s apparent change of heart.

“How do you go from burning a passport to crying yourself to sleep because you have so much deep regret? How do you do that?” Polman wondered. “How do you show people that?”